Get ready for the inevitable dustup over off road motorcyclists in the soon to be preserved 'grand park" out by the Kern River, and we lose another member of the Greatest Generation

* … CANYONS: Some of the best news in years came recently with the decision by the Metropolitan Bakersfield Habitat Conservation Trust Group to acquire the "crown jewel"of our area, the nearly 850 acres of bluffs out near Hart Park and the Kern River. Ever since the scheme to develop the property went bust, the rolling hills have been used by joggers, hikers, bicyclists and off-road motorcyclists. It is a beautiful area and certainly worth the investment as a new "grand park" for Bakersfield. But once the land is turned over to the California Department of Fish and Wildlife, there will no doubt be restrictions on the off-road motorcyclists who are destroying habitat and carving their own trails in the area. Stay tuned for the inevitable dust up. 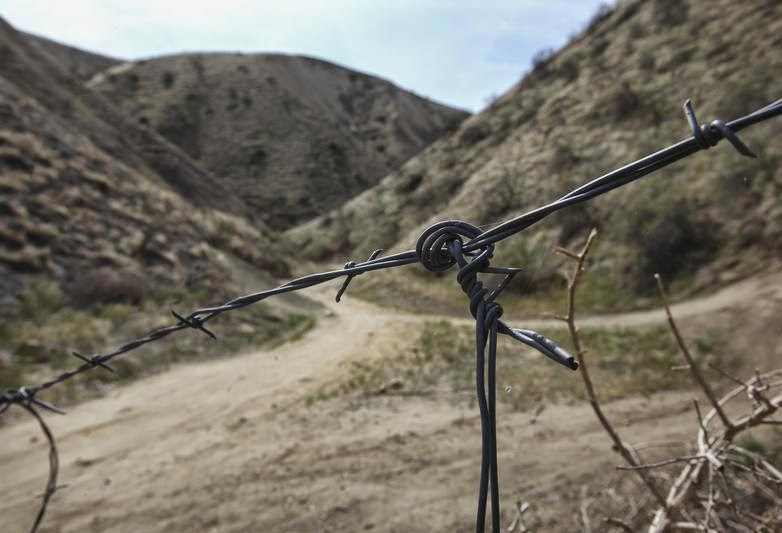 * … RIP: We lost another member of the Greatest Generation the other day with the passing of 90-year-old Ed Barnet. My friend Angelo Haddad told me that Ed, who lived in the Northeast near the old Green Frog Market, received a Purple Heart for his D-Day invasion wound, the Bronze Star, the European Theater Combat medal, the Presidential Unit Citation medal, and numerous campaign ribbons including the Battle of the Bulge during the winter of 1944 as a 19 year old from Memphis. May you rest in peace. 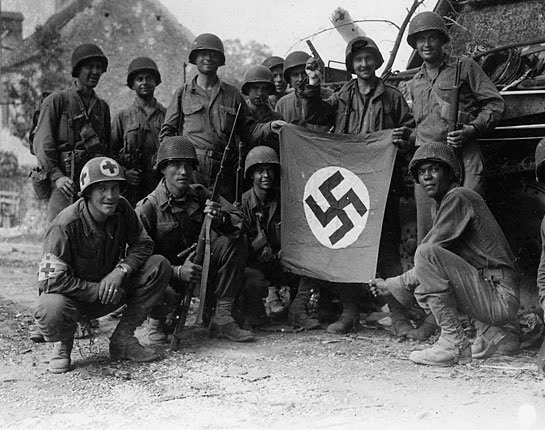 * … OVERHEARD: A local businessman whose wife is Jewish is telling a friend at lunch: "When we moved here we were surprised at how many meetings start off thanking 'our savior Jesus Christ.' It doesn't bother me but that would never have happened back where we used to live."

* … SPOTTED: On a friend's Facebook wall: "NBA commissioner rules that Donald Sterling cannot bring a white person -- namely, himself -- to any NBA games ."

* … OLPH: Don't forget the annual Our Lady of Perpetual Help Parish spring barbecue is this Thursday, May 1, at the Parish ground on Columbus. A $25 ticket gets you a delicious Harris Ranch steak or Teriyaki chicken grilled by Gary and Adam Icardo. The doors open at 5 p.m. with dinner service from 5:30 p.m. to 8:30 pm.  Call Deborah Leary for tickets (661) 872-1543 or buy them at the door.

* … MEMORIES: Local architect Tom Jannino added to the discussion of the old downtown. In his words: "If memory serves me correctly, and it is getting a little foggier, Tiny's was originally on the  southeast corner of 18th and Chester, across 18th from the building in question. It later moved across 18th when it's former location was demolished for the construction of what was originally 'Bakersfield Savings and Loan', a structure presently housing 'Caesars' and several other tenants. As a child, I had many trips downtown with my mother, often stopping for lunch at Tiny's, the Tea room at Brock's, or the lunch counter at Newberry's or Woolworth's. A personal favorite was a small donut shop located on the east side of Chester Avenue just across the alley from the building that was originally the Californian Theater. Of course, all of this happened before the existence of Valley Plaza, when downtown Bakersfield was the center of shopping and banking."

* … MORE MEMORIES: Jack Pasek reached out to remind me that a Sambo's restaurant once occupied the building on Ming Avenue that is now Bob's Big Boy. And Rollie Moore reminded be that the 'Salad Bowl' on Chester and 18th Street (Northeast corner) was his favorite eatery. "They had a 'Door open Toaster' sitting on every table along with a small cereal shaped box listing all the current songs. For a nickel you could select your favorite song and it would signal the big juke box in the corner to play your request as you visited and ate. The food was great!"