Toyota says adios to California and heads to Texas, but is anyone in Sacramento listening? And more on the envisioned new grand park in Bakersfield out near the Kern River

* … TOYOTA: The decision by Toyota to move its headquarters from Torrance to Texas should be a wakeup call for California lawmakers, who have a well earned anti-business reputation. Toyota

executives cited Texas' business friendly climate and the fact that the state has no personal income tax. Said Allan Zaremberg, head of the California Chamber of Commerce: "… In California, excessive litigation, overregulation, and high taxes are factors for both the employer and the employees in making location decisions."

* … INJURY: A couple who used to live in Bakersfield were among seven people injured in Santorini, Greece, last weekend during a Resurrection procession. Vikki and Chris Presmyk were part of a crowd in a church yard when a home-made firework exploded next to them. Vikki suffered serious abdominal injuries and underwent surgery. Chris suffered burns on his face and legs. Apparently they are both recovering. Chris, who works for Schlumberger, and Vikki both had strong local ties to our community during their years in Bakersfield. Please keep them in your thoughts and prayers. Thanks to reader Donna Thompson for passing along this information.

* … CANYONS: A small correction is in order regarding the purchase of the 850 acres of uplands and bluffs out at Hart Park designated as a new grand park. I wondered about the increasing use of off road motorcycles in the area, but it appears that kind of use has been prohibited for at least 10 years. Said
hiker and local activist Michelle Beck: "When the Specific Trails Plan for the area was being put together, it was determined by the city and by the property owners that motorized vehicles were not a compatible use. OHV users were in attendance at these meetings, and the majority of them obeyed the rules and have been riding other places instead. Since the issue was settled long ago, there should be no reason for a 'dust up' when the property becomes a habitat preserve. If all goes well and the property is acquired, hopefully everyone will rally around and help with the clean-up of trash and the restoration of the plants and grasses. It has the potential to be another beloved jewel in Bakersfield's crown like the Kern River Parkway and Panorama Vista." * … MORNING CHUCKLE: This morning chuckle comes compliments from a neighbor downtown. "I was out whacking weeds in the alley and rested a cold longneck on top of one of my green waste containers while I was working about 50 feet away. Two guys in an old Chevy or Ford pickup drive slowly down the alley and stopped next to the green waste container. The passenger rolls down the window and reaches for my beer. I yelled at them. They rolled the window back up and drove slowly past me while I was lecturing them on the fine points of weed whacking beer etiquette. They wouldn’t make eye contact or or roll the window back down. Is nothing sacred any more?"

* … QUIG'S: The Garces Circle downtown has never smelled better since Quig's BBQ and Catering opened on the corner. At noon, the aroma of fresh barbecue fills the air for blocks. 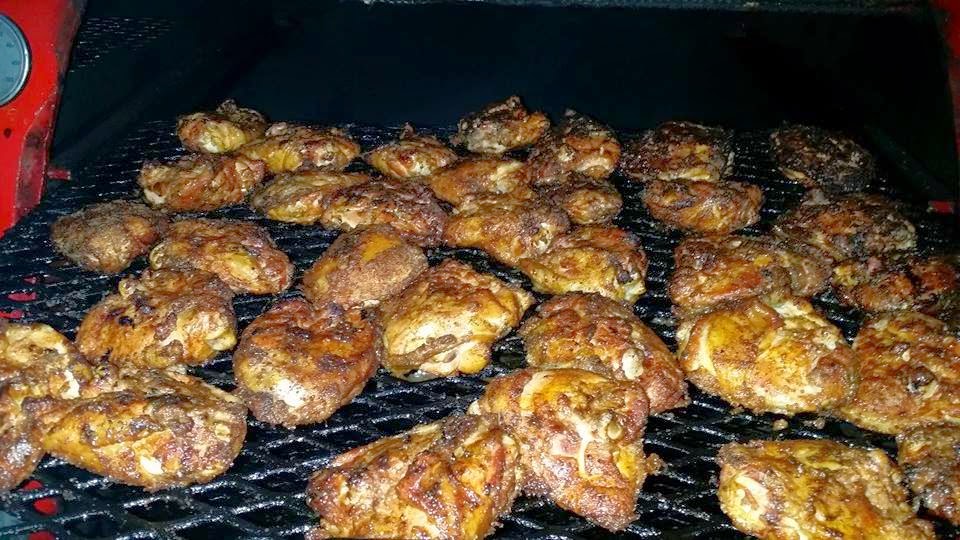 * … HIGH ACHIEVER: Hats off to Emily Bloom, a junior at Bakersfield High School who has been accepted to the Viterbi School of Engineering at USC to study petroleum engineering this summer.  She is the daughter of Peter and Karen Bloom. Said her proud mother:  "The Bloom family has suffered tremendous loss and tragedy, but through it all, Emily’s light persistently shines."

* … GIRLS FUND: The Women's and Girl's Fund has given out another $30,000 in grants in the area of education and training. Among the recipients were Dress for Success Bakersfield at $7,000, Youth 2 Leaders Education Foundation at $8,000, and the Kern Adult Literacy Council at $15,000.
The ever gracious Joan Dezember received the 2014 Women Defining Philanthropy Award for 2014. Also recognized with the same award were Isabella and Sophia Busacca, two high achieving youngsters who along with their brother Anthony started the non profit Dreamn Catchers program at Liberty High School. The Women's and Girl's Fund is part of the Kern Community Foundation which was established in 1999. The Foundation now has more than 100 charitable fund with assets of more than $18 million