The case against Bakersfield City Manager Alan Tandy pits the two most prominent Hispanic attorneys in town (H.A. Sala and Daniel Rodriguez), promising a pit bull of a dustup in court

* … TANDY: One of the subplots in the dustup over whether City Manager Alan Tandy assaulted another man during an amateur hockey game are the attorneys involved, in this case two of the most prominent Hispanic lawyers in town. Criminal defense attorney H.A. Sala is representing Tandy, and plaintiff's lawyer Daniel Rodriguez is representing his accuser. As one observer of the local legal scene remarked: "I would pay to be in that courtroom if those two pitbulls square off." 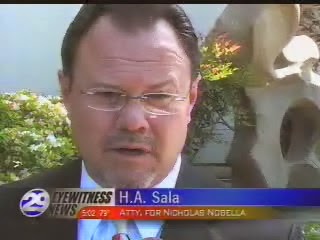 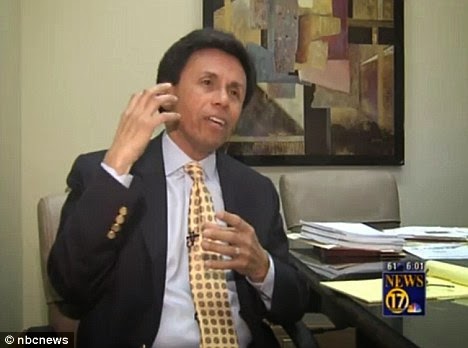 * … SPINNER: I was saddened to learn of the death of Maurice Sneed, the 49-year-old man known for spinning a Little Caesars sign in the Southwest. I didn't know Maurice, but his daily presence across town, energetically spinning that pizza sign while waving at cars, provided a comfortable if false sense of intimacy. He will not soon be forgotten.

* … BAD FORM: Stephen A. Montgomery let off a little steam with this observation: "In addition to the self entitled jerks who litter our community and those who think there is value in tagging or putting stickers and decals on traffic signs to say nothing about all the yard sale, lost/found dog/cat signs that only leave when they rot off is that ambulance chasing attorney who every six weeks comes through our neighborhood sticking a slick color business card reading 'Que hacer en caso de un ACCIDENTE' with a triple 8 and a local phone number. Never mind the Oleander Sunset Neighborhood isn't an enclave of Spanish speakers or for the vast majority of the neighborhood don't read Spanish at all. In frustration I gather these up and blue can them but I do wish he would stop this pointless practice."

* … JIM WRIGHT: With Rep. Kevin McCarthy poised to become the new House Majority Leader, Ann Cierley recalls when her cousin, longtime Texas congressman Jim Wright, held that position. "He made at least a half-dozen personal overnight trips to Bakersfield during that time and it was such fun to go out to the airport to pick him up with my car always being met by Secret Service before I could even park! One of Jim's favorite stories to this day (he's 91 now) is coming through the lobby at Meadows Field and being stopped by a local who upon recognizing him, gasped 'Didn't you used to be Jim Wright?'  He laughed delightedly and hugged the man warmly, saying in that great Texas drawl, 'Well, Ah still am and hope to be for a lil' while yet.'"

* … POW: And finally there was this interesting historical footnote from another 90-year-old, Joyce Winter. It was February 1946 and her husband, Fred Winter, was in the 2nd Armored Division. "They were among the first to fight their way into Berlin at the end of WWII.  They also had occupation duty. When Fred was home from the war for a week, he captured a German soldier. How?  Fred was building fence for a friend in Caliente and a man approached him with his hands up. He was an 'escapee' from the POW camp near Lamont and was cold and hungry  Fred helped return the POW to the camp."