Looking for Catholic parishioners? You will find them at Costco, at least according to a local monsignor, and get ready for the annual Via Arte out at The Marketplace


* … VIA ARTE: Make sure you remember that Via Arte is set for this weekend over at The

Marketplace in the Southwest. This is always an amazing experience as chalk artists line up to show off their talents in the parking lot. The event is free, of course, and it runs all day on Saturday and Sunday.

* … SPOTTED: A roadside sign has this inspirational message: "You have never really lived until you have done something for someone who can never repay you."

* … OVERHEARD: A one-liner from Monsignor Craig Harrison: "I love Costco. I see more parishioners there then at church." 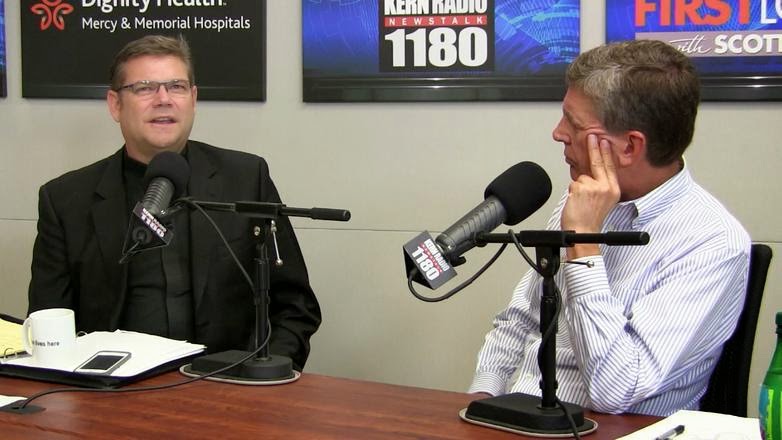 * … GOOD FORM: Tonya Grier was impressed when her son, who attends West High, found that someone had hit his car but left a nice note on the windshield. It stated 'I hit your car and I am soooo sorry, I had to go to work, but here is my number, call me so we can exchange info. Sara.' "The damage wasn't too bad, so I wanted to call the young lady and thank her for having integrity and good values by leaving a note, and also inform her that I know she is a student, so don't worry about it, best success in her future for doing the right thing.," said Grier. "(But) The number was disconnected! I was so angry, and she didn't leave her last name. I told my son, we will pray for her, God sees all."

* … KIWANIS: If you want to support a good cause while enjoying some vintage cars, head to Olive Knolls Church of the Nazarene this Saturday to enjoy a car show sponsored by the Oildale Kiwanis Club. Ralph Korn told me proceeds from the show go to help needy youngsters.

* … SERVICE: Another tip of the hat to a local company that provides excellent customer service. This time it's the folks over at Stability Home Access, who dropped what they were doing to install a grab bar in the bathroom of Jim Murphy who had just been released from UCLA Medical Center after leg surgery. Thanks to Jim's wife, Connie, for sharing her story.

* … MEMORIES: Warren E. Pechin, a local architect, shared with me this walk down memory lane regarding the old Golden Crust Bakery. "I actually worked at the bakery before school started the spring semester of my senior year at Bakersfield High School and for about five summers afterwards except for the summer of 1967 when I was in summer school at Cal Poly San Luis Obispo taking architecture classes. The bakery was owned by George Martini and employed about 60 people producing the products of the bakery. I was one of the summer relief help hired to allow the full-time employees to rotate through vacations. Among the other 'helpers' were Steve Anderson of S.C. Anderson, Danny Ronquillo, who eventually wound up being a Fresno City Councilman, and Radon Fortenberry, who eventually was the athletic director at Shafter High School. The bakery closed in the summer of 1968 or 1969 and I went from making $4.20 an hour to $2 and hour at Wright and Metcalf, a local architecture firm who designed the Civic Auditorium and Bakersfield College and many other buildings in Bakersfield. All of us 'helpers' rotated through some of the regular jobs at the bakery, although I worked mainly in the packaging of bread and on the ovens, Steve worked with the engineers and maintenance staff, Danny worked in the dough room, and Radon boxed bakery goods and helped load the trucks for the various drivers (about 20 other employees besides the 60 mentioned earlier. The experience of working in the bakery was quite interesting and the pay was excellent for the time compared to many other jobs of students."
Posted by Richard Beene at 2:04 PM