Monday Bako Bits: Don't feel left out if you haven't been targeted by a telephone scammer because it is coming, and a walk down memory lane at the old theaters in east Bakersfield

* … SCAMS: There are few things more annoying than being the vicim of telephone scams involving fake pitches from the Internal Revenue Service, state tax collectors and "friends" stranded in Europe Gary Schneider wrote he, too, was recently targeted when he returned from a trip to find a message on his answering machine from someone posing to be from the IRS. "Oh, I had heard the stories of everyone getting the broken English IRS scam. But I had never been privileged to get one, until now. There she was threatening me to call immediately or face severe consequences… And the best part of the whole call was she thanked me at the end of the recorded call and wished me a nice day!"
and Mexico in need of a few thousand bucks.

* … WEEKEND: It was pretty tough to beat a weekend like the one we just had, especially if you are a fan of the arts or sports. First Friday was a huge success, at least if you just by the throngs downtown throughout the evening, filling the art galleries and local businesses and restaurants and enjoying a break from the late summer heat. That was followed by a weekend of major league baseball playoffs and some of the best college football games of the year. There wasn't a restaurant in town that didn't enjoy a booming business. 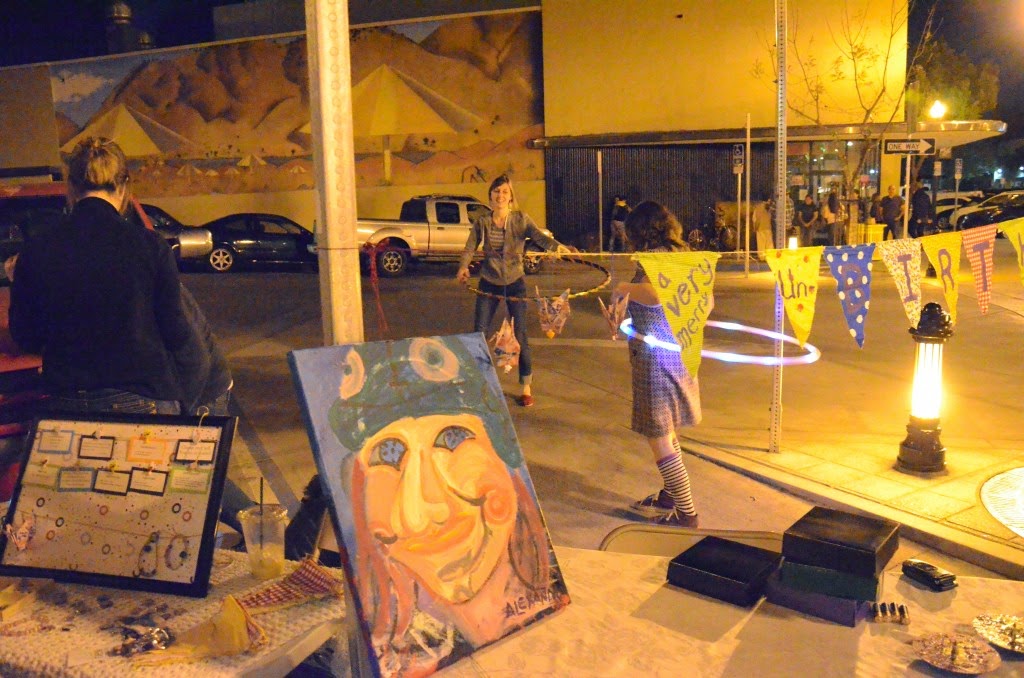 * … GOOD DEED: Beverly Tatum shared this heart warming story about her recent visit to Rosemary's on F Street. "When it came time to leave our waiter told us that our bill had been paid by three young women sitting closet to us," she said. "What a thoughtful thing to do. I just wish we had been able to thank them in person. Thank you!"

* … MEMORIES: Al (not Alvin) Sandrini wrote to recall and old theater in Lamont. "I remember it being south of Di Giorgio Road and west of Main Street. If I remember correctly, you turned off of Main Street onto a paved lane in a vineyard to get to the theater. Also worth mentioning were the Granada, Tejon and Oildale theaters. I remember watching Elvis and Ann-Margret in Viva Las Vegas in 1966-67.  My friend and I were escorted out of the theater for pulling the pony tail on the young lass sitting in front of us. We explained that her unusually long pony tail was actually so far down her back, that when she leaned forward to talk to her friends in front of her, that she was pulling her own hair. We had to go to the Nile to see the movie again. I also remember the warm summer nights, when a family would put a sheet over a back yard clothesline and show movies with a rented movie projector."

* … MORE MEMORIES: And there was this memory about the old Rialto theater in east Bakersfield from reader Ronal Reynier. "As a kid I lived for a time across the street from the Granada and around the corner was the Rialto with the not opened yet Tejon up Baker Street. On the same block was 'Mom's Bakery'… it was not the neatest nor the cleanest bakery by today's standards, it was only the best in town. They would even bake a suckling pig if you brought it in and gave them two days. One night during a thunderstorm and sitting on our front porch, a bolt of lighting hit the sidewalk in front of the Granada and split it. We were not hurt but the electricity in the air stood our hair on end. Boy that was fun for a nine year old boy, but not for his mother; she screamed for five minutes."

* … BAKERSFIELDISM: Lastly, Thomas Hunt shared his memories of the old Golden Crust Bakery when he attended Emerson Junior High School. "The school was at the corner of Chester and Truxtun Avenue where the county building is at present. I lived out in the country so I road the school bus to Emerson. The buses parked on the south side of the school and when we were dismissed from school a friend and I would walk down to the bakery and buy a hot loaf of bread and then go to a little store next door and buy a quarter pound cube of butter.  We would hollow out the dough and put in the butter and let it melt and soak into the bread and eat it on the way home. It brought back a lot of memories from long-long a go."