* … FRACKING: Voters in Santa Barbara County strongly rejected a measure that would have restricted hydraulic fracturing. The measure, which oil companies opposed by pouring

millions of dollars into the campaign, was rejected by 62.6 percent of the voters. But similar measures in two other counties - San Benito and Mendocino - were approved. Meanwhile, in the college town of Denton, Texas, which sits on a huge natural gas field, also approved a measure to restrict fracking. Said one report: "The proposal in Denton, a university town about 40 miles north of Dallas, was a litmus test on whether any community in Texas — the nation's biggest oil and gas producer — could rebuff the industry and still thrive." A legal challenge to the Denton ban was immediately launched, and this fight will now head to the courts. (AP photo) 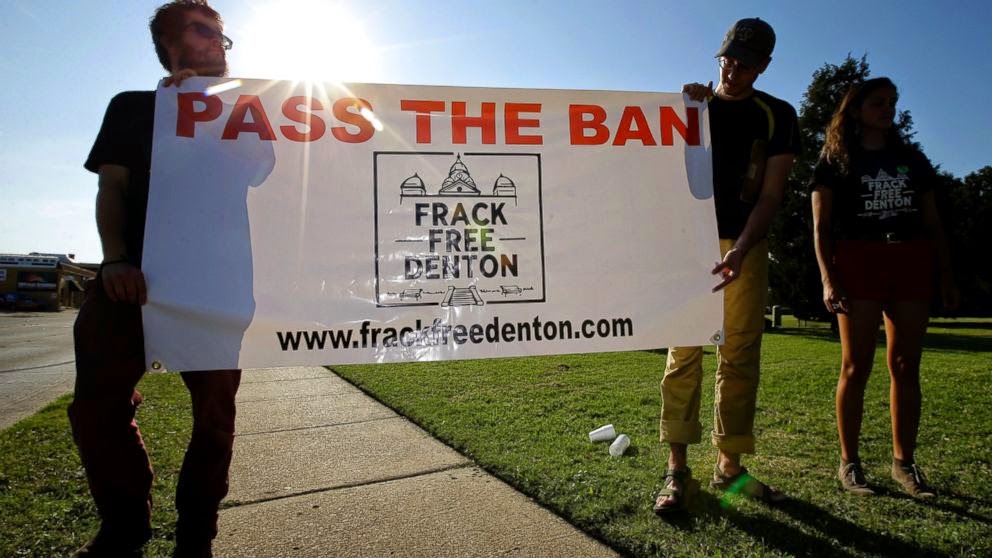 * … MARIJUANA: Meanwhile, the results of mid-term elections this week revealed that efforts to legalize marijuana are gaining steam across the country, particularly in the West. Voters in both Alaska and Oregon approved legalization measures, joining Colorado and Washington which previously legalized recreational marijuana. And, voters in Washington, D.C., also approved a measure to allow the use and cultivation (but not retail sales) of cannabis. 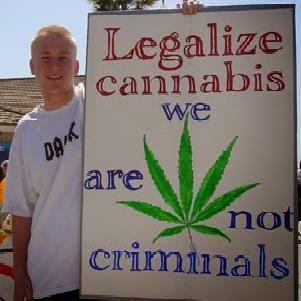 * … FIRST FRIDAY: It's time for another First Friday in the downtown arts district. Always a great evening to check out all that's happening downtown, Metro Galleries on 19th Street has a new exhibit featuring former Californian journalist Christine Iriarte Niswonger. She has created a series of paintings that reflect on her years as newspaper reporter in Bakersfield and other cities. The First Friday ArtWalk continues to grow and this month will feature 50 local artists. Be sure to check out Tina's Cookies N More, a new bake shop that has opened next to Metro on Eye Street.

* … SPOTTED: This bumper sticker was spotted on a truck recently: "Misplaced Texan."

* … PETS: My post about a dog being treated after eating methamphetamines drew this comment from Carol Knapp: "A couple of years ago my son's German short hair appeared to have been poisoned while spending the weekend at our Lake Isabella cabin.  She couldn't stand up and was really goofy.  So, as usual these emergencies always happen on the weekends and the vet bill was around $600 to find out the dog ate marijuana.  A presumed hazard of having acreage close to the high school with many boulders that make  good hiding places for a bag of weed but not so safe from hunting dogs!"

* … ACHIEVERS: More good news on some of our local students. This from Robin Jaske: "My daughter (Paige Kobdish) graduated from Bakersfield Christian High School in 2013 and was recruited by San Diego State University for its music program since she is a double reed player, few and far between. Also Hunter Raney (father is Mike Raney of BSO fame) is an accomplished trumpet player and is attending Cal State Bakersfield where he is very active in their music program. One more shout out to Zach Thoennes who is a performance major at UCLA with some great performances in their famous marching band!"