Friday Bako Bits: more on those rattlesnakes about town, big time Spring events are coming up and Metro Galleries features best of the best show

* … RATTLESNAKES: Rattlesnakes are common in our area, but the long drought seems to have brought out more on the bike path, roads and hiking trails. Here is some sound advice on how to deal with them while protecting your pets, compliments of Tommie Sue Self. "We live out in

the northeast, Rio Bravo area where there are lots of rattlesnakes and other wild critters. So, we have our two dogs get  annual rattlesnake venom and separate Leptospirosis immunizations from awesome Dr. Rose Rakow or other great vets at Stiern's Veterinary Hospital. The Leptospirosis is to protect them from what's commonly carried by all the coyotes, skunks, rabbits or other wild critters we have roaming around out here. That time several years ago when fire burned the mountainsides above the Kern River Canyon, the fire also drove a lot of mice etc. out of the hills, inundating us that spring/summer. The rattlesnakes followed, and showed up in folks' yards, garages, or on the streets and in vacant lots. That convinced us to add the rattlesnake shots to our dogs' regimen. If a rattler does bite them, they'd still need to see the vet, but they're not likely to die if immunized."

* … EVENTS: Are you ready for event season in Bakersfield? If not, get out your calendar and consider some terrific events coming our way. First up is the return of the Macaroni and Cheese Festival at Cal State Bakersfield on Saturday, April 18. On Thursday, April 23, three members of the Desert Rose Band (Chris Hillman, Herb Pederson and John Jorgensen) will be in town as part of Rick Krieser's acoustic Guitar Masters series. It is set for Bakersfield College with tickets going for $32, or $17 for students, available at Vallitex. On Saturday, May 9, the Kern County Nut Festival returns at the Kern County Museum, followed by a huge day on Saturday, May 23, when Imbibe Wine and Spirits will host a craft beer festival at Cal State Bakersfield and George Martin's rock and country concert will be competing for your attention at the Kern County Museum. 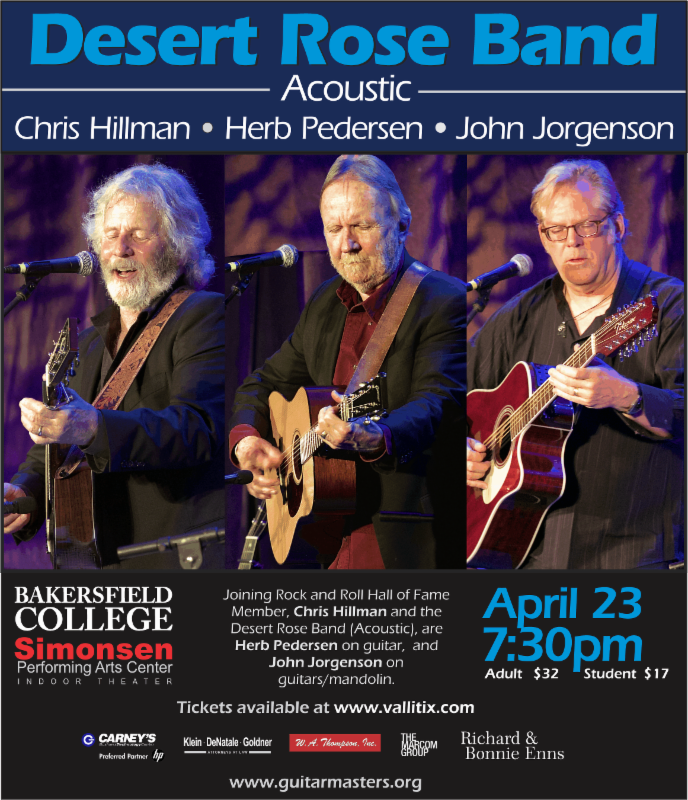 * … BEST OF THE BEST: Meanwhile, the Metro Galleries is celebrating its eighth anniversary in business with a terrific "Best of the Best" show at its 19th Street location. The show opens today and will feature some of the most popular paintings that have been sold at the gallery. Make sure to stop by this weekend to check out some really terrific art. 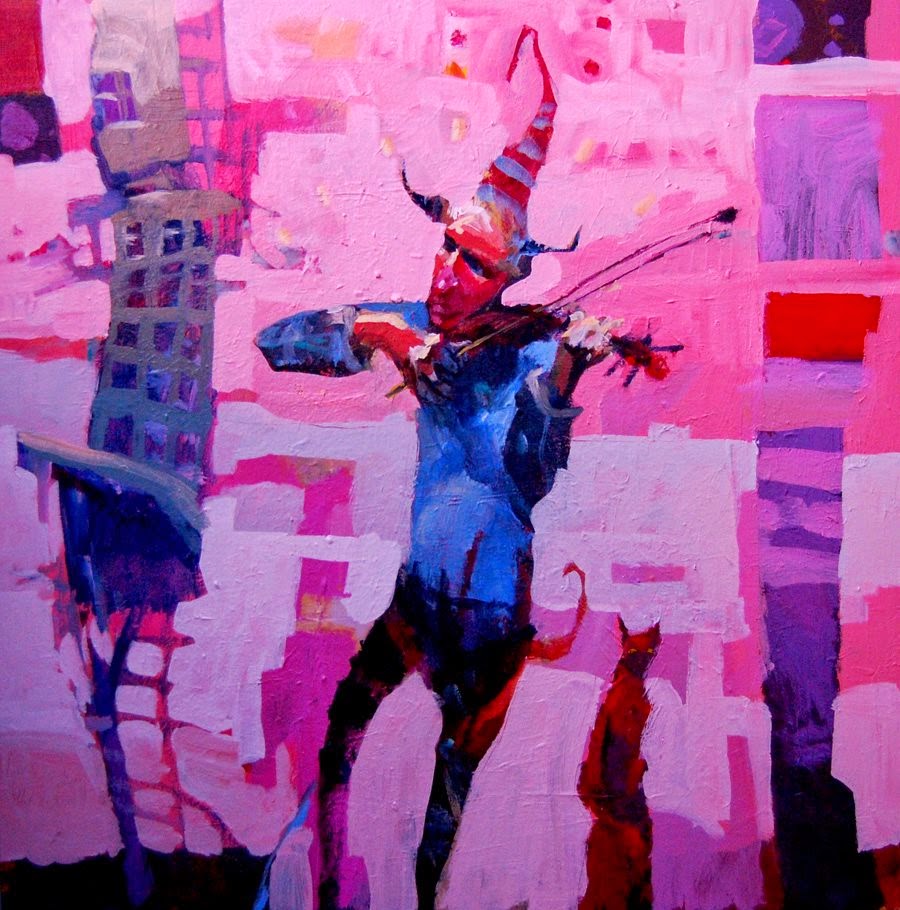 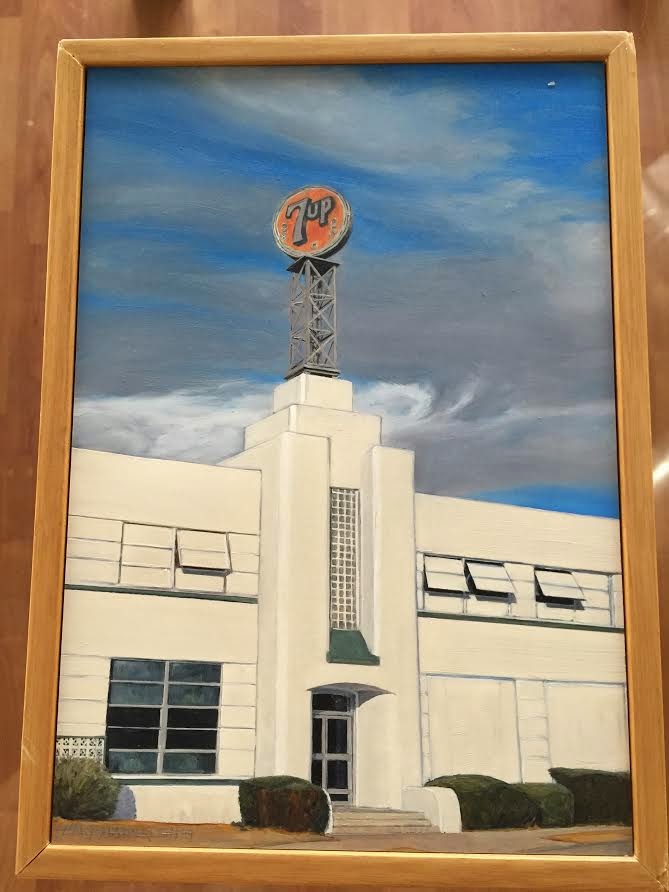 * …DRILLERS: Two Bakersfield High Drillers held a reunion of sorts in Scotland this week. Cooper Adamo, son of Felix and Teresa Adam, and Katy Baker, daughter of Rob and Sally Baker, shared memories when Cooper showed up as part of the Bakersfield Youth Symphony Orchestra’s Spring Concert Tour. Katy is there wrapping up her second year of a five-year veterinary program at the University of Glasgow. Katy and her boyfriend, Erich, attended the BYSO concert at St. Giles Cathedral in Edinburgh, reporting that Coop and his fellow musicians did Bakersfield proud. Katy is a class of 2006 Driller and graduated from Cal Poly San Luis Obispo. Cooper is a junior at BHS. 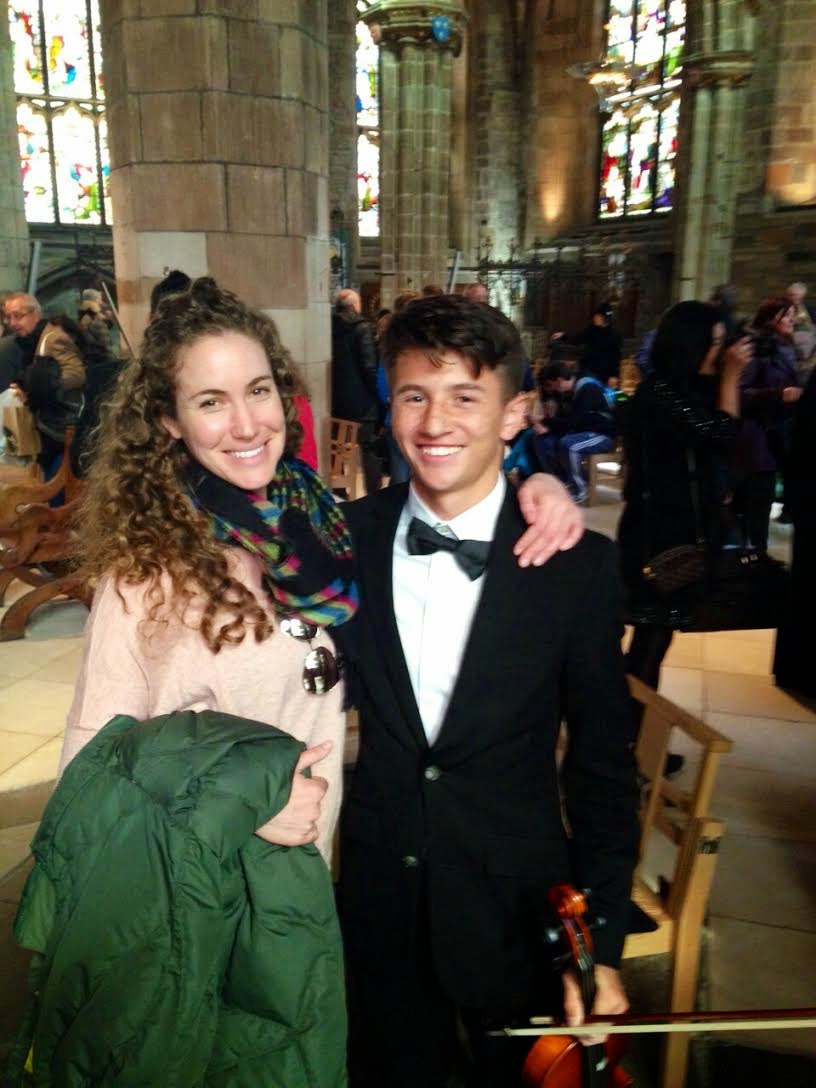 * … SMALL WORLD: Local businessman Scott Mitchell was visiting San Antonio recently with his wife Teresa when he ran into a stranger in the Riverwalk area. "He asked if I was local or a tourist. I said tourist from Bakersfield, and he replied that he loved Bakersfield because his favorite musician was from there! It is Monty Byrom, and he knew a lot about Monty. I told him that I would try to get the message to Monty that Eddie from San Antonio is his biggest fan."

* … MORE GOOD FORM: And I will end with this uplifting story from Warren Junior High, where one of their students, Brandyn Tinlin, is battling cancer. Each year the school holds its own Relay for Life event before spring break, but Tinlin's disease brought it home in a special way. Said principal George Thornburgh: "We challenged our students and had the theme of Be Brandyn Strong.  Over the years we have raised tens of thousands of dollars for the American Cancer society. Well, this year our kids hit a homerun. As of this morning the Wildcat Family has raised almost $10,000 in a few weeks and we strongly believe we will go over $10,000 by the time we finish counting. We also have a surprise visitor.  For the first time this year Brandyn will actually get to step foot on our campus and walk (actually he is confined to a wheel chair) with his fellow Wildcats. We also hope that Brandyn will get to present to our student body the final amount of our efforts right before the walk."