"Sheer, naked chutzpah:" The same unions that helped pass the $15 an hour minimum wage law in Los Angeles are now asking to be exempt so union shops can pay lower salaries

* ... UNIONS: In what one commentator called "sheer, naked chutzpah," the same unions that helped pass a $15 an hour minimum wage law in Los Angeles are now asking to be exempt from the law. That's right, the county Federation of Labor is saying collective bargaining agreements should trump

the local minimum wage law. As reported in the Los Angeles Times: "Rusty Hicks, who heads the county Federation of Labor and helps lead the Raise the Wage coalition, said Tuesday night that companies with workers represented by unions should have leeway to negotiate a wage below that mandated by the law." And they wonder why the public has grown so cynical. 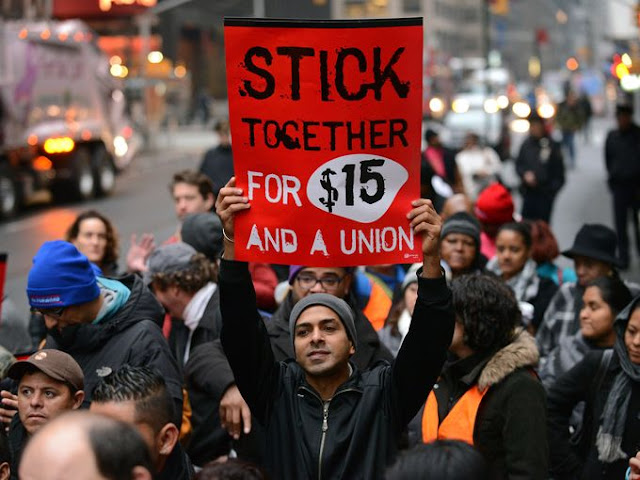 * ... LOFTS: What is it they say about one man's trash is another man's treasure? That seems to be the issue surrounding a proposed loft project on 18th Street, which some see as urban in-fill at its
finest and others see as, well, something less than that. I wrote about this earlier this week, pointing out that local businessman John Sarad was a part of the opposition. That, of course, prompted a call from Sarad to clarify his stand, and he wondered aloud why I would single him out as a vocal opponent. (Memo to John: You have seven rental houses, an apartment building, the Haberfelde Building and you have restored close to 20 homes. Your presence downtown is well known and you always make sure your voice is heard). Sarad told me he is not opposed to the project itself but wants changes that would reduce its size and possibly change its design. "It's too overpowering," he said, "and would be more appropriate somewhere else." The lofts are the idea of local Realtor Eydie Gibson and a group of investors who want to build 28 units with 31 on-site parking spaces. Sarad argued the contemporary design "clashes" with the more historic nature of the neighborhood. He also took issue with the my suggestion there could be a conflict by the fact that Ward 2 city councilman Terry Maxwell, whose district covers downtown, is his tenant at the Sarad-owned Haberfelde Building. "Terry is a tenant, that's all," he said. Opponents have given Gibson a long list of changes that may make the project more compatible. Is there room for compromise?

* ... BAD FORM: A regular reader sent me this note and asked to remain unidentified: "You recently mentioned in your column the 'decorum factor' exhibited or non-existent during graduation ceremonies. We are in close proximity to the convention center where many of these ceremonies take place. I have observed, on more than a dozen occasions, folks arriving for these ceremonies and not wanting to pay parking fees, park along the side streets near the convention center. Many of these people run through the nearby fast food restaurants for food, and then for some reason, feel privileged to bestow their garbage at the doors of the business offices near the arena. Obviously, the exhibition of disrespect is not just saved for the ceremony." 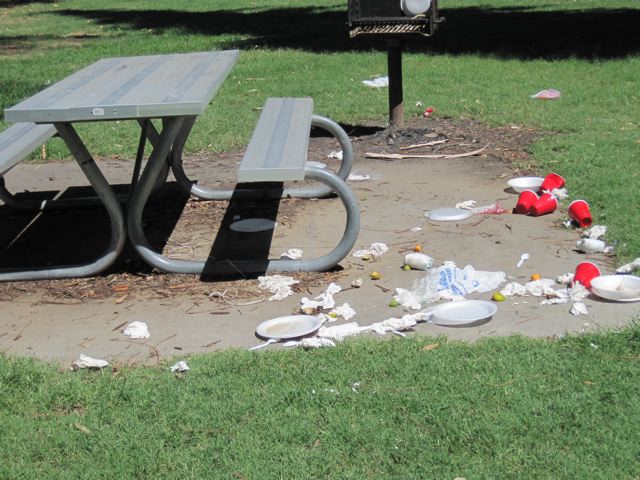 * ... OVERHEARD: A young woman is telling a friend: "I feel terrible about what's happening in Burundi and all. Where is it anyway?"

* ... SPOTTED: I spotted this on Twitter: "Life is too short for fake butter, cheese or people.

* ... HONOR FLIGHT: Honor Flight has won a special place in our hearts for flying World War II veterans to Washington, D.C., to visit the war memorials. Now, it is taking the next step by flying Vietnam veterans there for the same purpose. Said Honor Flight volunteer Lili Crommett-Marsh:
"Honor Flight is 'breaking ranks' this Friday (today) by flying over 100 Vietnam vets to THEIR memorial in D.C. We encourage the community to fill the Icardo Center at Cal State on Sunday at 10 p.m., to give these heroes the welcome home they have never received 40 years ago."

* ... MEMORIES: LaVonne Templeton loves all the stories about the old theaters that are now long gone. "I love all these stories of the various thearters in town.  I was in high school in the 1950s and remember very well wearing high heel shoes for the very first time and trying to climb the very steep stairs in the balcony at the California theater."