Will a winter El Nino save California from the long drought? And can we please display some decorum during our high school graduations?

* ...  EL NINO: There is a long way to go, but there are early signs that California could be in for an extremely rainy period next winter. That's the word from weather forecasters who say a strong El

Nino is forming near the equator. According to a climatologist quoted in The Los Angeles Times,  "it could be ... potentially the beginning of the end of the drought." Of course a lot can happen before that happens - other signs that El Ninos were forming didn't pan out - but we have to keep hope alive.

* ... HIGH SCHOOL: With high school graduations coming up, is it too much to ask folks to show some decorum during the ceremonies? Retired high school teacher Craig Holland summed it recently with this post on his Facebook page: "I am sooo glad I don't have to sit through another high school graduation. Rude low life people making a disrespectful circus out of what should be a respectful occasion. They don't know the difference between a graduation ceremony and a pro wrestling bout. It is embarrassing for the faculty. That is why I took tickets at STHS (Stockade High) graduation the last half dozen years, and scooted out the door at the mention or the first grad's name. I was embarrassed for the kids and for everyone. I went directly to a watering hole and respectfully raised a glass to 'my kids' and then went home." 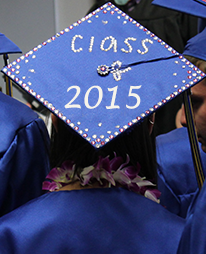 * ... BAD FORM: Here's hoping a string of really bad luck follows the people who stole the right front rim and tire off a local teenager's 2008 Ford Fusion in the Northwest, leaving the car jacked up and its owner with a $600 bill to replace it. Not a good way to start the day. 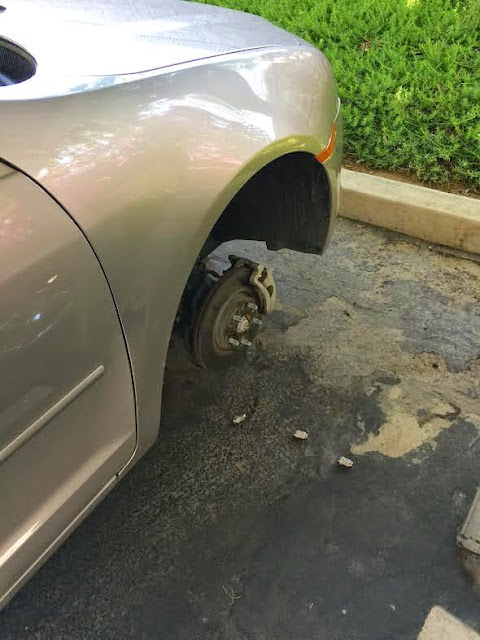 * ... GOOD FORM: Yvonne Torres was driving to work recently when she almost ran over a jaywalker at 19th Street and Chester Avenue. The jaywalker was wearing a Halliburton uniform, but Torres then realized he was crossing the street to rescue an elderly woman who was trying to get her wheel chair out of her car. "It made me feel guilty about getting upset. I want to commend this employee for going above and beyond his job. It shows what kind of a people Halliburton has working for  them. When you think people are not watching people are. Thank you Halliburton!"

* ... OVERHEARD: At Tahoe Joe's a young mother is having a drink at happy hour and is overheard telling a friend about a neighbor: "If I see one more 'selfie' with her children I am going to throw up."

* ... FOODIE: A new lunch and dinner menu has been rolled out at The Mark Restaurant on 19th Street, and it's worth a look. There are now three signature hamburgers on the menu, as well as a Ruben that is outstanding. Meanwhile, if you are a fan of beets, as I am, try the outstanding three-beet salad at Valentien.

* ... SCAM: An old scam is making the rounds again. Listen to this from Rose Harris of Wasco, who received a call from someone claiming to be from the Publisher's Clearinghouse saying she had won $980, but they wanted a $350 'delivery charge.' "They said 'Would you like a TV fanfare or a private deposit?' I said neither and I am not paying you anything... I hung up. The caller ID showed an area code in Kingston, Jamaica."