A lost and abandoned Boxer mix is rescued off of South H street, more on the litter problem and look for familiar faces during the Tournament of Roses Parade

* ... LOST DOG: If you believe one person can't make a difference, consider this uplifting note

from reader Kristin Townsend about a Boxer mix who had been abandoned and was living for months in a field near the intersection of South H Street and Pacheco. He was elusive and scared, yet Townsend said he "developed quite a fan club... people left food, water, treats and even a dog house! But Bubba defied being caught until an animal advocate named Barbara Stubblefield became involved and spent weeks visiting and feeding him hot dogs and treats to gain his trust. Well this
morning she got him in her car and he is on his way to rescue! So many people cared and reached out to him. Thank you all! Bubba is now safe!"

* ... SPOTTED ON TWITTER: "I know you’re supposed to have three balanced meals a day, but how many can I have at night?"

* ... BAD FORM: You don't have to go far in this town before you find old sofas, chairs, televisions and refrigerators discarded in alleys, along roadsides and in parking lots. So it should not have surprised me when someone dumped a filthy old sofa and matching chair at the end of the bike trial off Enos Lane. 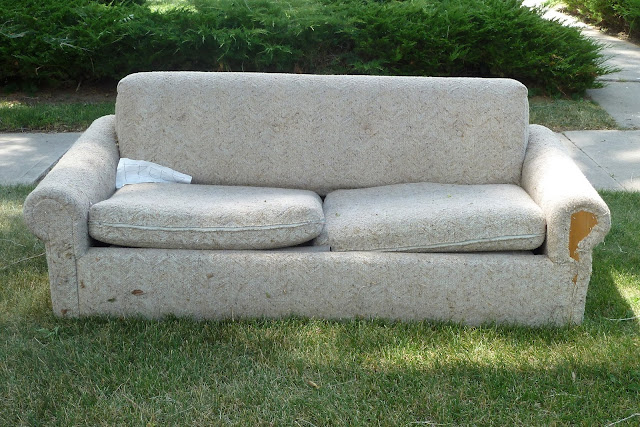 * ... ROSE PARADE: If you are watching the Rose Bowl Parade you might spot a couple of familiar faces. Barry Rosenfeld and former local TV executive Jim Bell will be walking alongside Rotary International's 37th consecutive entry in the parade on Jan. 1, 2016. Rosenfeld and his wife Pat will be part of the group who will be assembling the float in December. Rosenfeld is a member of the Twilight Rotary Club while Bell serves as Rotary district governor. 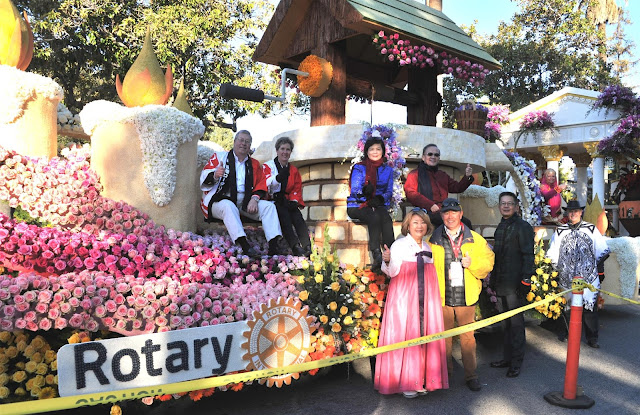 * ... THEFT: The theft of packages off our porches is a national trend, but Aneta L. Adams has a word for all those UPS and FedEx drivers out there: make sure to ring the doorbell. Said Adams:
"We had been expecting a delivery, so we were waiting for a knock or the doorbell. We went on with our business and forgot about it, until about an hour later.  We checked out the front door, and lo and behold, there the package was, behind one of our columns. The driver, however, never rang our doorbell or knocked on our front door, and we know for sure because we have two dogs! ... We understand their not wanting to wait at the door, but waiting is not necessary.  Notifying us that you just delivered a package at our front door, a package that we've been anticipating, or needing, or planning on giving as a gift, is mandatory.  This package was a gift, packed in dry ice, and therefore, perishable! For the love of God, drivers, KNOCK or RING!"

* ... GOD: Jim Rummell of Springville sent me this note about the state of our nation: "I always enjoy your insights on current events, not only locally but in the world as well. I couldn't help but notice that it is easy to 'connect the dots' on several of the stories that you mentioned. Many people have turned their backs on God, in fact, it is now common to find an outright distain for those of us who pray and still believe. The handwriting is on the wall on where our world is going, and it starts with having no respect for the law or God, and begins with 'running stop signs' no matter who gets hurt. But Richard, make no mistake, putting 'gates' at every stop sign, or gun control laws, will not fix this world. Only a return to the teaching of Jesus will put an end to this madness. Maybe we should start by putting prayer back in school or teaching the 10 commandments. Just sayin."
Posted by Richard Beene at 9:26 AM