* ... AMAZON: The long, slow decline of cable and local TV is showing signs of accelerating with the announcement by Amazon of plans to stream popular new content via its Prime membership.

The idea: offer Amazon's Prime members (they pay $99 a year for free shipping and streaming video) access to Showtime, Starz and more channels at a low added cost. As noted in The Los Angeles Times: "Traditional pay-TV operators have struggled for years to come up with easy-to-use streaming options for their consumers." Amazon's move is similar to that of Hulu and Netflix, which charge a monthly fee so folks can cut the cord to traditional cable. This fragmentation in programming has been long in the works, and it has already taken its toll on the once robust marketshare of the major networks and their local affiliates. Millennials and those younger are leading the charge in cutting the cord (there has been a 16 percent decline in viewership for young adults aged 18-24), and it won't be long before most of us are cobbling together streaming options that bypass cable. 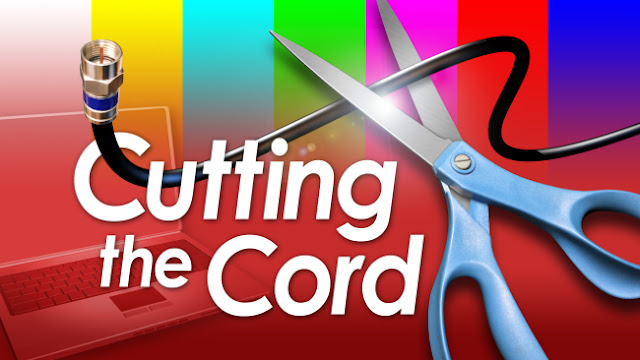 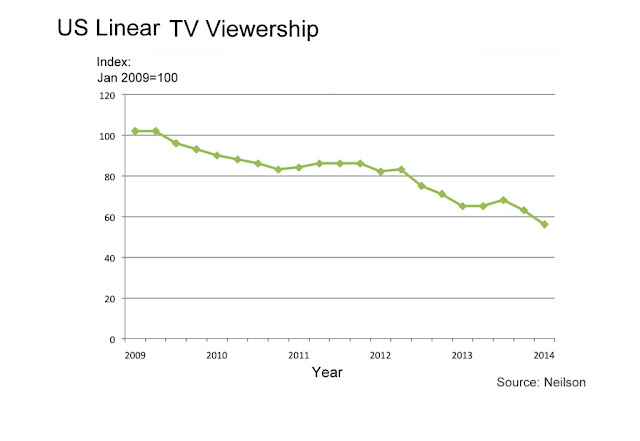 * ... MEMORIAL HOSPITAL: We live in a generous community, and sometimes we forget to thank those for have done so much to lift the tide for all of us. So here's a big hats off to all the people who contributed to the Bolthouse Family Pediatric Department and the Helen Taylor Cobbs Children's Healing Garden over at Memorial Hospital's Lauren Small Children's Medical Center. (Joe and Jana Campbell funded the garden in memory of Jana's late mother, who loved gardening). Memorial is doing something important here, putting together a facility so local families with ailing children will not have to leave town for treatment.

* ... NORM HOFFMAN: I took a short bike ride up Fairfax Road the other day and noticed that someone repainted the yin-yang symbol at the spot where Norm Hoffman was struck and killed by a motorist back in 2001. Hoffman, the popular Bakersfield College health professor with a larger-than-life personality, inspired many with his healthy lifestyle, outgoing personality and emphasis on the spiritual. The ancient Chinese symbol for yin-yang was painted after its death, it faded, but someone freshened it to remind us of a life well lived. 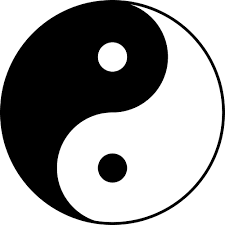 * ... POLITICAL HUMOR: A Muslim journalist from Chicago posted this on Twitter: "Does anyone know if the concentration camps Trump is planning for us Muslims will have WiFi?"

* ... SPOTTED ON TWITTER: "Beer comes from hops. Hops are plants. Beer is salad."

* ... SPOTTED: On Mount Vernon near the Starbucks a late model SUV is spotted with these two messages taped to its windows: "Radical Muslims R Here ... Buy a Gun!" 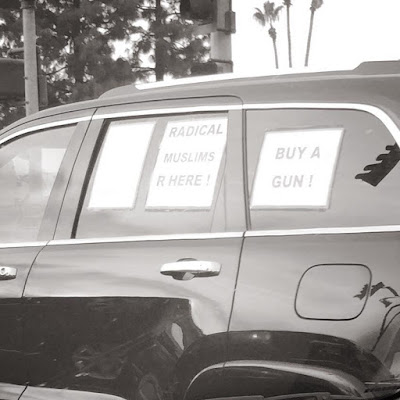 * ... ACTIS: Hats off to the girls volleyball team from Actis Jr. High, the lone team from the San Joaquin Valley to make it to a tournament in Los Angeles. The team compiled an overall record of 37-3 and capped off the historic season with a 16-14 victory over Commerce Jr. High in the final game on the LA tournament. Congrats to coach Dan Letourneau, his coaches (daughters) and these amazing student athletes.
Posted by Richard Beene at 11:46 AM