Thomas Morgan, assistant county counsel, comes face to face with the gang member who tried to kill him years ago. What constitutes justice? And mercy?

* ... TOM MORGAN: Back in 1997 Thomas Morgan was working as a Kern County deputy sheriff when he was shot by a 17-year-old gang member. The weapon: a single shot .410 derringer. The shot entered his neck, causing traumatic damage to his larynx, pharynx and vocal chords. In the struggle,

the gang member grabbed Morgan's backup weapon and tried repeatedly to shoot him again. Morgan survived, miraculously, and recently found himself face to face with the assailant during a parole hearing for the shooter. In the end the shooter was denied parole, but he will be up again soon. The question: what is justice? And should the shooter be eligible for parole after serving only a fracture of a life sentence? Morgan is now an assistant county counsel, and Tuesday he will join me at 9:15 a.m. on KERN Newstalk 96.1 FM on First Look with Scott Cox. Join us in a conversation about our criminal justice system as we dive back into this dramatic event. 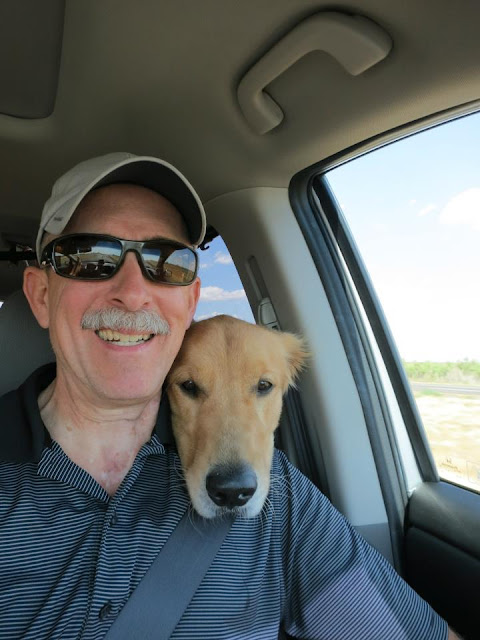 * ... OUR IMAGE: Peter Wollesen had a smart reply to the negative view of Bakersfield portrayed in the new dark comedy called Baskets. Said Wolleson: "I remember that old business proverb: Under-promise and over-deliver. Baskets, Johnny Carson, et al have set up the under-promise, and when visitors see Rancheria Road or Wind Wolves (Preserve) in the spring, or see a show at the Crystal Palace, or have a Basque dinner at Woolgrowers, the over-deliver is easy."

* ... SPOTTED ON TWITTER: "By the time you learn the rules of life, you’re too old to play the game."

* ... GOOD FORM: And Shirley Castro had this shoutout to some of the folks over at the Bakersfield Police Department. "The car seat that I have in my car for my grandson had become loose to the point it would be dangerous. I called the Bakersfield Police Department and was able to make an appointment with Rachel Rivera to adjust it for me  She was able to give me an appointment for the next day. Once there, she and Alysen Gelinas worked to secure it very tightly. If you have ever installed one of those, you know this is not an easy task. I really appreciate their friendly, professional manner in handling this for me. What a great free service this is to Bakersfield's citizens to help keep us safe. My sincere thanks to Rachel and Alysen. I hope you will be able to publish this in your column to let people know about this service."

* ... MORE GOOD FORM: Meanwhile over at the Maui Pho restaurant off Ming Avenue Frank Fish and his wife were treated to a free dinner by a friendly (and anonymous) party of four. "Our server told us of this gracious gift when we asked for out bill. Wow, were we shocked. Thank you so much, whoever you are. We look forward to doing that for someone else.

* ... DISEASE: And Donna Cazacus wrote with this warning about a a disease called pulmonary histoplasmosis that her cat contracted. "Warning for all pet owners: My indoor cat has pulmonary histoplasmosis, an extremely rare disease here in California. There's a blood test for it, if you suspect it. We had to do an extremely expensive test to discover it. Our vet has seen very few cases of it over her career, but has seen six or eight in the last six months to a year, mostly in southwest Bakersfield.  She's wondering if all the construction and the Westside Parkway have contributed to this. You can't get it from a sick animal, but you can get it from the same spores that affected my cat."