What do you do when your stolen bike ends up on Craigslist? A local chiropractor tells his harrowing story, and mourning the loss of Giuseppe's in Pismo Beach

* … CRIME: These are the days when thieves roam our community with virtual impunity. They steal our bikes, our cars, our water heaters, packages off our porches and even our sago palms (more on that another day). So what do you do when someone steals your bike and it shows up on Craigslist the next

day? That happened to local chiropractor Dr. Courtland Keith recently when his expensive Cannondale road bike was stolen out of his garage in Oleander and promptly showed up for sale on Craigslist. "I thought, you have to be kidding me?" he told me. Keith reached out to the seller and agreed to meet at Jastro Park, and then called Bakersfield police who agreed to closely watch the transaction and move in for the arrest. (For the record BPD does not recommend that citizens set up these stings) When it all went down, Keith said three BPD vehicles moved in but the thief fled on his stolen Cannondale, but as karma would have it, he was broadsided by a car on Truxtun and arrested. No word on the condition of the thief but Keith's bike was reduced to a pile of expensive rubble. "It is like being violated," Keith said. "The whole scene was surreal." 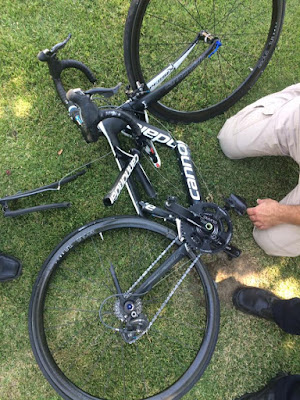 *  …GIUSEPPE'S: Let's hope the folks that own Giuseppe's Cucina Italiana in Pismo Beach decide to rebuild the landmark eatery after it was gutted by fire this past weekend. If you are from Bakersfield, chances are you have dined at the popular restaurant and even didn't mind waiting 90 minutes for a table while enjoying some of the best people-watching on the central coast. 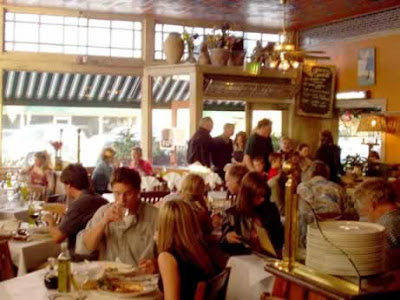 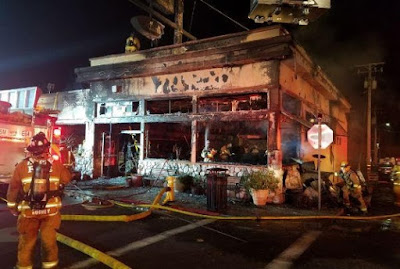 * … BAD FORM: And speaking of inviting bad karma into your life, while the Erskine fire was devouring homes and leaving thousands devastated two KGET reporters tweeted out a cheery, self serving selfie in fire gear. Someone needs to remind reporter Anne Di Grazia and her male colleague, Alex Fisher, that amid such loss and heartbreak, the story is not about them. 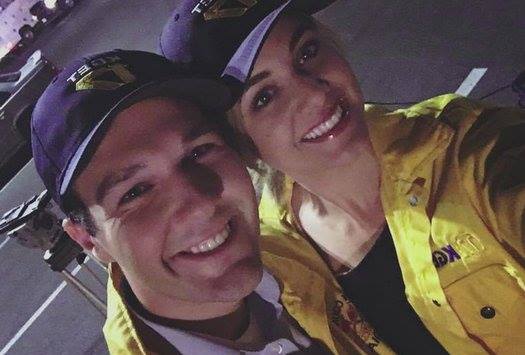 * … SICK BAY: Gene Thome, the gregarious owner of Bear Mountain Sports, is at home recovering from surgery to have one of his kidneys removed because of a cancerous tumor. "Thank God that he gave me two," Thome told me. The surgery was performed at the City of Hope Hospital in Duarte and Thome is back home recovering.

* … FOODIE: Uricchio's Trattoria is featuring a summer grilled cajun chicken salad with avocado that is perfect for these hot Bakersfield days. 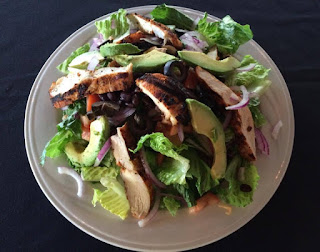 * … SPOTTED ON TWITTER: From comedian Allie Borden: "If you don't like me asking what tricks they can do then please stop introducing me to your small children."

* … SPOTTED ON FACEBOOK: "When my wife falls asleep in public I shake her and yell, 'DON"T YOU DIE ON ME!" When she wakes up people start clapping."

* … GOOD FORM: Midge Bradford shared this experience at a local Walmart: "Earlier this month I shopped at the Walmart on Colony and when I departed the self checkout I left my change behind in the tray.  Even though I was sure it was gone forever I went back to see.  I was surprised to find that whoever discovered it in the tray had turned it in to the Attendant.  I would like that person to know that I am forever grateful and my faith in humanity has been restored.