Bakersfield Museum of Art set to roll out its public art project with miniature Ford pickups painted by local artists, and Big Mike's Ragin BBQ is headed downtown to The Mark restaurant

* ... TRUCK ART: One of the most interesting 'public art' projects is coming our way soon with the unveiling of a series of miniature fiberglass 1956 Ford pickup trucks painted by local artists.

Sponsored and coordinated by the Bakersfield Museum of Art via private funding, the project will celebrate our local blue collar roots with this series of whimsically painted fiberglass trucks that will be placed throughout the community. They will be previewed later this month at the museum. Visit bmoa.org for tickets. 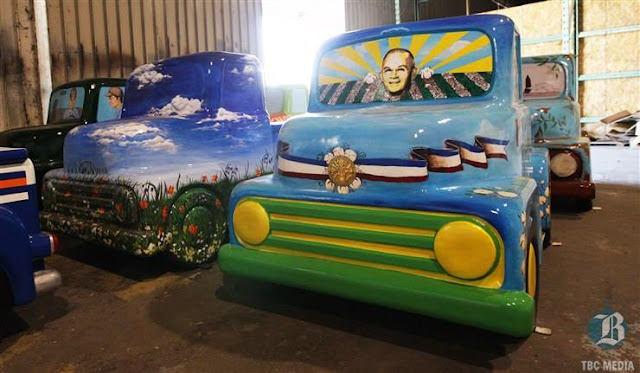 * ... BIG MIKE'S: Big Mike's Ragin BBQ is headed downtown in a partnership with The Mark restaurant on 19th Street. Up to this point Big Mike's (run by former Green Bay Packers lineman Mike Ariey) has been a catering business but now he will be running a lunch service at The Mark from 11:30 a.m. to 2 p.m. on Wednesday, Thursday and Friday. Entrees include baby back ribs (my favorite from Big Mike's), tri-tip and garlic chicken with sides and salad. The move comes on the heals of The Mark shutting down its weekday lunch service. Big Mike's will be featured in the outdoor eating area (branded The Park at The Mark) with the hope of creating an atmosphere similar to the patio dining at Luigi's Delicatessen. 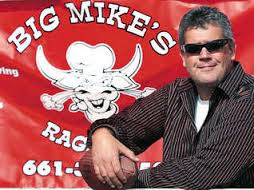 * ... SPOTTED ON TWITTER: How long will it take before a rock band renames itself "Basket of Deplorables?"

* ... CENTRO: I finally made it over to Centro 18, the (relatively) new Mexican fusion restaurant on 18th Street next to the Chain Cohn building. If you are a fan of scallops, as I am, try the appetizer where the scallops are delicately prepared in a butter and garlic sauce and topped with parmesan cheese. The service was excellent and I am told the Sunday brunch is one of a kind. 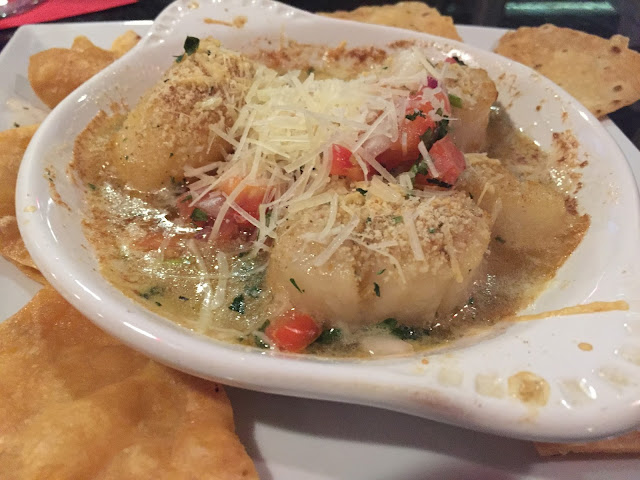 * ... HAPPY JACKS: Congratulations to Happy Jacks and owners Frances and Ruben Rosales. The popular downtown eatery known for its burgers and pies recently celebrated its 54th year in business. I treated myself to a bacon cheeseburger and the eatery's outstanding home fries with cheese after a bike ride over White Wolf grade.

* ... BAD FORM: Kym Vliem shared this bit of bad form: "On Thursday in the time it took to pull in to a parking space on 17th by the City Building Department we saw two cars illegally U-turn;  one from a parking space on 17th to head back towards Chester and the other heading east on 17th who flipped a U mid-street to get a parking space facing west. I guess people consider DMV rules only as 'suggestions' anymore."

* ...MORE BAD FORM: As long as we are talking about bad form, Judy Herndon had this to say: "I recently saw a newer-model white pickup in the parking lot of the Von's store at Coffee and Hageman with large white lettering on the back window, saying:  F*** CANCER.  People, I doubt that anyone hates cancer more than I. Cancer took my mother's life when I was just a child. But this language, displayed in public as it is, is so offensive on so many levels. Of course it does nothing to actually eradicate the disease, yet it is a sad example to set for children who view the vulgarity.  Instead of offending the public and lowering standards, why not help with fundraising efforts to fight the disease, or help those suffering from it, or help community members get screened so cancers can be found and battled earlier.  DO SOMETHING to help the situation instead of cursing it. "
Posted by Richard Beene at 10:28 AM