Fall in Bakersfield, 17 propositions on the California ballot this year and some really (I mean really) bad form around town

* ... FALL: This is the time of year when the coming of Fall teases us; we get a hint of cooler air and then the heat returns. But it is coming and even the Wall Street Journal noted it with a story about

'September resolutions.' Among them: fall is the most popular time for marriages, gym memberships soar, we start planning fall soups and healthier eating and the change in temperatures inspires us to clean out our garages and closets. 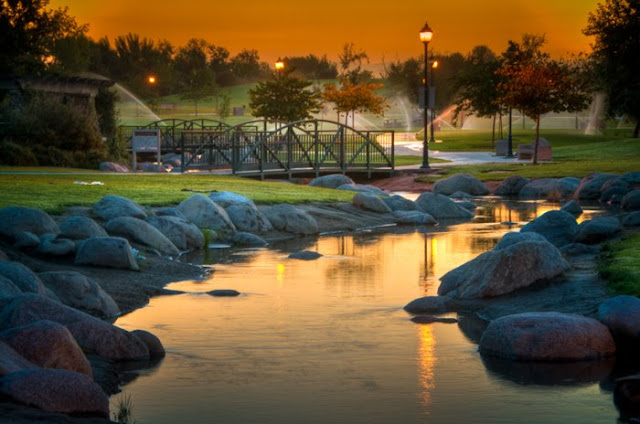 * ... EL NINO: Speaking of fall, last year at this time we were anticipating a huge El Nino year to help alleviate the drought. This year? No El Nino is on the horizon and we are all praying for rain to clear the air.

* ... NOVEMBER BALLOT: Did you know there will be 17 statewide propositions on the November ballot in California, in addition to all the tax raising local initiatives for schools? Other than Prop 64 which deals with legalizing and regulating marijuana, most of these initiatives are little known to the average person. It should be up to all of us to do our homework and research and understand each initiative, but my guess is most folks will simply vote "no" on the ones they don't understand, and frankly I can't blame them.

* ... WARNING: If you attend Bakersfield College or live in the area, be aware of a man driving an older gold Toyota Camry who has been following and approaching female joggers in the area. The college is taking this so seriously that it has warned students to be careful, particularly in the early morning hours.

* ... BAD FORM: A reader named Andrea submitted this item which qualifies for my bad form Hall of Fame: "I witnessed a mother pull into the parking lot of a convenience store with her toddler sitting in the front passenger seat, not in a booster seat in the back where he should have been. She engages the child in some sort of conversation. The child then gets out of the car and urinates in the parking lot all the while she sits there and watches him. He then gets back in the car and they leave. I cannot think of a single legitimate reason for the mother allowing this."

* ... SPOTTED ON TWITTER: Apparently saying "make it a double" followed by a wink doesn't work at a the pharmacy.

* ... SCAMS: Judy Marberry wrote to say she too has received telephone calls from people posing as IRS collectors. "In reading your letters I felt I needed to reply to the scam calls. I sympathize with your reader and the public really needs to be made aware of the dangers it could present. In the last three months my husband and I have received a total of 18 scam calls. All recordings suppose to be IRS. I did report this to the consumer affairs but it was a total waste of time."

* ... MEMORIES: A reader asked me to pose this question to all of you. Here goes: "Do you remember the Coachlight Restaurant on the west side of Union Avenue north of 34th Street?  It had an outdoor patio.  It was one of our favorite places and where Michelle and I went for dinner the night we got engaged. I’m trying to figure out which building it was in, but it may be gone. Flood Ministries is at 3509 Union which seems like it might be in the same place."