Hats off to Sal Moretti for cleaning up a community eyesore, Californians rush to buy guns and ammunition and Jackie Parks remembers Bryan Kelly

* ... TRASH: Here's a shout-out to Sal Moretti and the folks over at the city Solid Waste Division for taking the time to clean up a stretch of road that has become a community eyesore. After I posted last week about the mounds of garbage (mattresses, chairs, couches, old washing machines etc) that people

illegally discarded off Fairfax (the old county dump road) Moretti privately messaged me that he was going to send crews out to clean it up. And that they did. Supervisor Robert Manuel and his team filled several dump trucks full and left the area pristine. The city can't force people to do the right thing, and it must be tiring to spend so much time and energy cleaning up after people who view the world as their own personal toilet. But thank you Sal. So here is my remedy for that road: since it already is a dead end, close it off at Fairfax with a gate and code to allow access to authorized personnel. There is no reason for any vehicles to travel that road. And finally, shed the name Old County Dump Road and name it after Sal. (Before and after pictures provided by Sal Moretti) 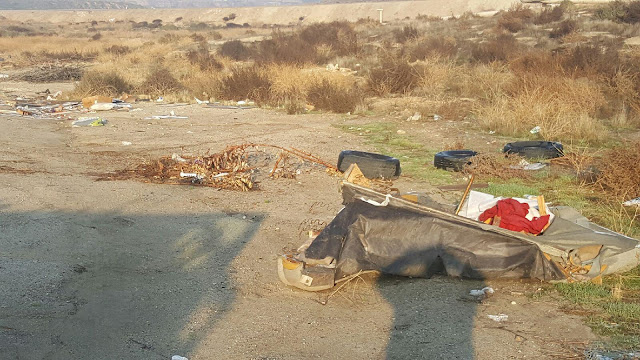 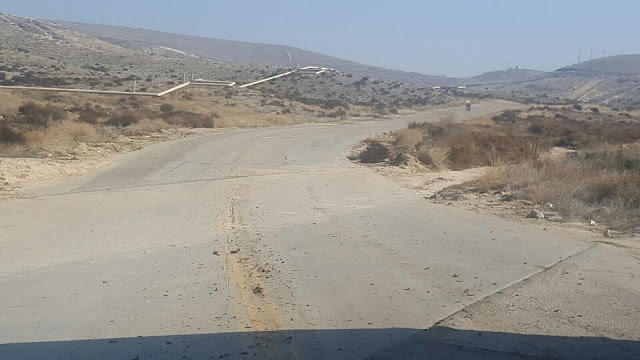 * ... SPOTTED ON TWITTER: "On my marriage license, where they ask in which state I live, I wrote: Depression."

* ... GUN LAWS: There's another rush on guns and ammunition in California, thanks to a legislature that embraces some of the toughest anti-gun laws in the country. Remarked Realtor Michael Richert: "I’m not good on a crowded day at Disneyland, or anywhere for that matter where my space bubble is pierced. That was never more evident on Saturday, December 17 when I stopped by for some ammo at a local gun store. The last Saturday to purchase certain types of riffles and it was chaos. We usually stay dormant unless someone tells us we can’t have something anymore." 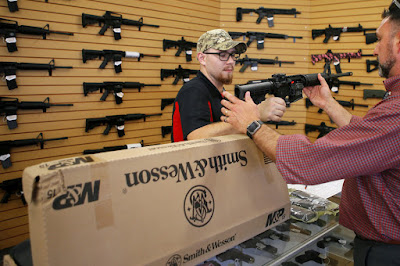 * ... BRYAN KELLY: When I wrote about the death of 63-year-old Bryan Kelly the other day, it triggered this response from former KBAK anchor Jackie Parks, who moved to a TV market outside of Baltimore with husband Todd Karli. Said Jackie: "You see, he was a dear friend of my eccentric aunt Millie when she lived in Bakersfield many, many years ago. He would later keep her updated on my life (from watching me on TV) and was thrilled to meet me one day at Trader Joe's so he could let Millie know. Over the years he chatted with me about the birth of our kids, recommended kid-friendly foods, talked to them about their interests, encouraged piano and ballet lessons (neither which took hold for long) and never failed to ask about Millie who, at 92, will be heartbroken to hear he is gone. Thanks for writing such a nice farewell." 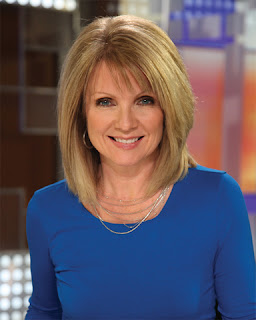 * ... MAILBOX THEFT: I received a note from reader Kelly Clanton with this plea: "We have suffered our third mail theft this year, this time Friday night with Christmas packages taken from our dropbox. Last time a check was forged and we had to get a new account. At least 10 mail thefts have occurred within a half mile radius of our 'safe' northwest neighborhood this year. Sending this to encourage Postmaster Linda La Force, postal inspectors Jeff Fitch and Bill Zembridge and  Congressman Kevin McCarthy to work faster on this for us, and come up with an immediate solution please.  Running to the mailbox to pick up our mail mid day and driving miles to the post office to drop off outgoing mail is not the answer." 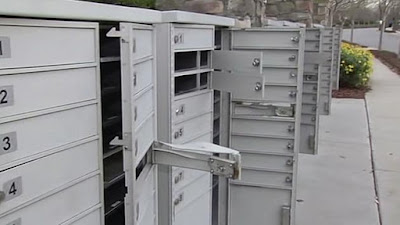 * ... GOOD SERVICE: James in Taft wrote to thank someone who goes over and above with customer service: "Last Sunday morning (12/18/16) at 7 a.m. I was warming up with my morning tea as it was 32 outside, when my doorbell rang. I thought who would be hear that early. When I opened the door and I was surprised it was my Californian deliverer, Michelle Ayala in Taft. She handed me my paper and said it was too cold to have to come out and get it. She has been doing a great job and it was a pleasure to give her a Christmas gift as I try and do every year.  So all you subscribers be sure and do the same for your deliverer as they have to endure all types of weather and conditions.
MERRY CHRISTMAS."
Posted by Richard Beene at 9:21 AM