Noting the loss of a friend who made me smile, Condoleezza Rice heads to Bako for a fund raiser and Kurt Rivera winds up in Sacramento as an anchor and reporter


* ... FRIENDSHIP: I lost a good friend the other day, and I am kicking myself for not taking the time to stay closer in touch. His name was Bryan Kelly and many of you may remember him as the cheery, wise cracking host at Trader Joe's who was forever sharing stories and making people laugh. Many more of you may remember him as a regular in the local theater scene, primarily at the

Bakersfield Music Theater where his mile-wide personality felt at home on stage. He would often appear in the same plays as his husband and life partner, Michael Izqierdo. After Bryan left Trader Joe's on disability we stayed in touch, always planning a dinner party that somehow was never scheduled. His rapier-like wit was in evidence when he would fire off a politically incorrect email, and both being cat people, he would faithfully sign off with a reminder like this: "Now go get some fresh tuna for that queen puss and rub her tummy." But I lost touch over the past several months and I was not even aware Bryan was battling liver cancer until two friends - Susan Reep and Jim Baldwin - alerted me to the bad news. He succumbed to it last week. Thanks for the laughs and the smiles, my friend.

* ... CONDI RICE: I heard the other day that the folks over at the Boys and Girls Club have scored a home run by booking former Secretary of State Condoleezza Rice to appear at a fund raiser early next year. The club's Ricki Peace confirmed that Rice will appear at the Feb. 22 fund raiser, along with our own House Majority Leader Rep. Kevin McCarthy. Rice will no doubt be a hit and the beneficiary will be the kids at the Boys and Girls Club. 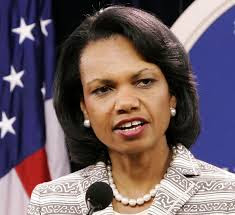 * ... KURT RIVERA: Remember Kurt Rivera, the KBAK news anchor who lost his job when he was accused of abusing his girlfriend? It looks like Rivera landed on his feet at KXTV in Sacramento, where he is both reporting and anchoring. Rivera, it should be noted, was never formally charged by the District Attorney, but the incident was enough to end his career in Bakersfield. 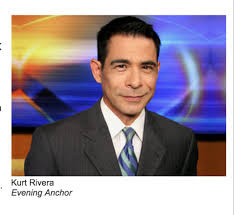 * ... SPOTTED ON FACEBOOK: From my friend Joe Drew's Facebook page: "The older you get, the tougher it is to lose weight because by then, your body and your fat have gotten to be really good friends."

* ... GOOD FORM: I ran into a local banker during last week's rain and he shared this inspiring story with me. "I saw a homeless guy on 17th Street and his pants were totally soaked," he told me. "I always have an extra pair of pants with me and he was about my size, so I gave it to him. I also gave him my Rotary cap. Think about all the old clothes we all have that we give away and there is so much need out there. Please don't use my name." Your request is granted, and thank you for your generosity.

* ... APPLE CIDER VINEGAR: I never knew of the health benefits of apple cider vinegar until a friend shared his secret to healthy living. "I mix a little unfiltered apple cider vinegar with water every morning and I have not had a cold in five years." That is good enough for me; count me a follower.

* ... SUBARU: Hats off to Sangera Subaru for donating a Subaru Impreza to the folks over at Convenant Coffee, the non profit dedicated to helping former foster youth gain job skills. The car will be used by Covenant employees to perform service calls. Subaru general manager Damon Culbertson noted he hoped to employ some of the Covenant clients, and added "the coffee is really good" as well. 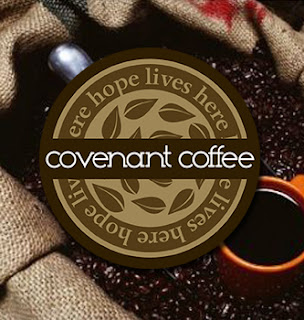