Rio Bravo Country Club to shut down at the end of May, a USC study identifies the worst traffic choke points, and Cheesecake Factory to open at Valley Plaza

* ... TRAFFIC: Traffic in Los Angeles is already bad, and it is getting worst. That's the word from the USC Annenberg School which identified the five worst freeway interchanges. For those of us who

occasionally commute to LA, these will come as no surprise. Among them: The 405 south to the 101; the 405 north to the 105 and 90; the 10 east to the 405; the 110 North to the 10; and the 405 south to the 10 and the 90. The study concluded: "There is no sign of traffic letting up, either. Over the last year, average rush-hour speeds at the worst interchanges have dropped from two or three miles per hour all the way up to 13 mph. On the eastbound I-10 during evening rush hour, average speeds just after the 405 interchange tanked from about 25 mph in 2012 to just over 12 mph this year. The smallest declines may not sound like much, but they amount to double-digit percentage drops when you’re already crawling by at 15 mph. And they become significant when multiplied across dozens of lanes throughout the city." 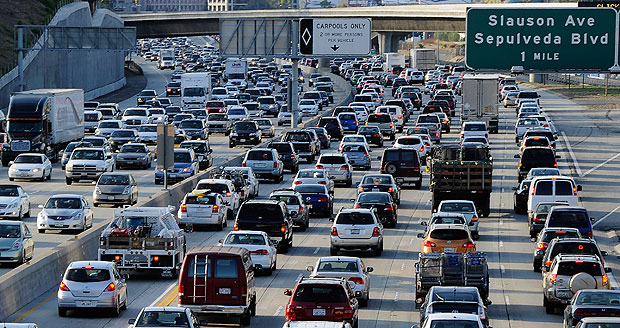 * ... LOCAL TRAFFIC: Locally, here is my list for some of Bakersfield's worst traffic chokepoints: the east-bound Westside Parkway at Truxtun in the morning; Truxtun and Oak at rush hour and at noon; Oak and California; California and Stockdale Highway; Rosedale Highway virtually anytime; and Highway 99 at Highway 58, Ming Avenue and 24th Street. What is on your list?

* ... RIO BRAVO: Folks who live in the Rio Bravo area are reeling after learning that the Rio Bravo Country Club may be shutting down at the end of May. Homeowners say they were notified of the pending closure and are hoping someone buys the club and saves the spectacular, 7,000 yard course located in the scenic foothills at the mouth of the Kern River canyon. 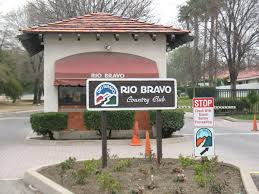 * ... CHEESECAKE: I heard the other day that a Cheesecake Factory is being built at Valley Plaza Mall on the site of the old Sears auto and tire shop. No word yet on when that will be open for business. Meanwhile, Sears itself is in dire straits, and it warned investors this week that it may not survive. 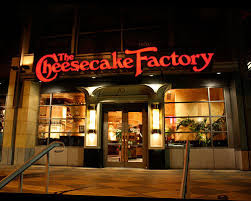 * ... WARD 5: Ward 5 City Council candidate Bruce Freeman has launched an aggressive social media campaign via Facebook and other digital offerings. Expect the spending in Ward 5 to increase as Freeman and challenger Ryan Nance work the Southwest for vote.

* ... MEMORIES: I received a sweet, hand written note from Frances Doyle of Taft sharing her memories on an archery club that held tournaments out at Hart Park in the 1950s. She recalls a cardboard bear target and the founder of the club, Jim Murphy. Later, her son and daughter took up the sport with much success. Sherilyn, the daughter, won her first junior state championship at the age of 10, became a national champion at Clemson and was inducted into the Bob Elias Sports Hall of Fame in 1983. "I wish I could name all of our archery friends, such as Tom and Bev Beaty, Clarence Kozloski, Jake Thomas, Bob Poznoff, Betty Nelson, Richard Land, Gladys McCain, Bud and Ruth Greer... so many more."

Posted by Richard Beene at 9:42 AM