Zoot Velasco out as director of the Kern County Museum, more developments on the 18th Street Corridor and remembering when Bonanza's Hop Sing came to town

* ... ZOOT: So did Zoot Velasco get the boot as chief executive officer of the Kern County Museum? The official word is that he resigned, but there was plenty of bad blood in the air during his short eight-month tenure, so we can all read what we like into what really happened. Almost from the day

Velasco started the job, there were grumblings about his management style (some board members viewed him as arrogant and aloof) and that doesn't play in a meat and potatoes town like Bakersfield. Velasco joins a long and growing list of folks who have been recruited to come to Bakersfield for important fund raising jobs only to quickly flame out. 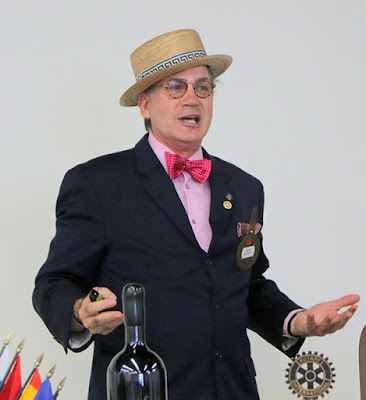 * ... QWIKCAFE: Attention downtowners: the new QwikCafe, a new "to go" venture by the folks who own the popular Sequoia Sandwich Co., will officially open on Monday, March 20, the first day of Spring. QwikCafe is located next to the downtown Sequoia Branch at 18th and L streets and will feature 'to go' salads and sandwiches. An attractive new dark awning just went up this week to match it to the Sequoia shop just next door.

* ... CAFE SMITTEN: Meanwhile a few blocks east down 18th Street, the newly opened Cafe Smitten coffee house continues to do a gangbusters business, making it hard to get into at times. Said Sharon Antongiovanni. "I took your advice on the 27th of February and attempted a trip to Café Smitten. I was reminded why I do not go downtown. There is no where to park, it was 3:30 in the afternoon and there was not a table available due to students with laptops taking up all the tables with empty cups. I hope they can stay open but they need us baby boomers to spend money in there instead of just college people that are just taking up space. I had an out of town guest and we were looking forward to some coffee and something sweet. Unfortunately it will be along time before I venture downtown again." Give it another shot Sharon, it is worth the wait 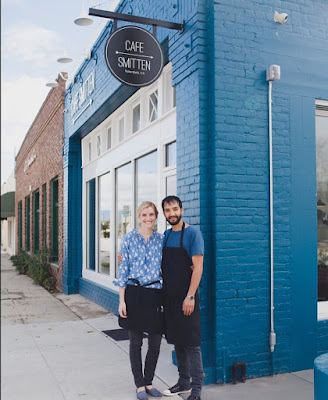 * ... SPOTTED ON TWITTER: "'Engagement' can mean either planning to marry or initiating combat. Coincidence?"

* ... GOOD FORM: Karen Frost shared this scene that will make your day. "My job takes me down Union Avenue, with all of its sad sights, twice a day. This morning I saw something that I just have to share with you. It is 42 degrees outside and as I sat in my car at a red light, a woman with bare feet walked across the street in front of me.  When she reached the other side of the street, a woman in a Kia pulled over, beckoned to her, got out of her car, and gave the barefoot woman the shoes off of her own feet. No idea who that woman is, but I'd like her to know she inspired me to do something for someone else today."

* ... MORE GOOD FORM: Sunny Kapoor, my favorite Ohio State Buckeye, shared with me some good news on his son, Arie, who has been accepted into the Royal Veterinary College of London, beginning in September. Aries is a graduate of Centennial High School and of Chico State where he earned a degree in Animal Sciences. "He most likely will end up with some hefty college loans, but it is a fulfillment of a lifelong dream of being a veterinarian," he told me. "My younger son, Nigel, also a Centennial grad, is a senior at University of Arizona in the Electrical Engineering program. Bakersfield has been good to our family."

* ... MEMORIES: And finally, there is this from reader Jim D. Smith: "The blog about Dan Blocker of Bonanza fame caught my eye. A couple of years after the series ended, the Cartwright cook, Hop Sing, was in Bakersfield.  Real life name Victor Sen Yung. He gave a cooking demonstration in the houseware department of Brock's where I worked. It was at the beginning of the wok craze." 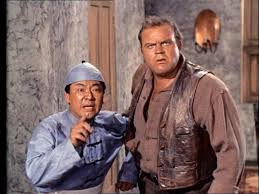