* ... FLYING ETIQUETTE: Would you pay extra for a seat on an airplane in a designated "quiet zone?" It turns out a lot of folks would, anything to get away from pesky young children to seat mates who talk too much. That is one of the conclusions of Expedia's annual survey of plane travel, which

ranked the most annoying things about flying. The top things that bug us about flying include rear seat kickers, inattentive parents, aromatic (smelly or overly perfumed) passengers, the audio insensitive, the boozer, the chatty Cathy, the queue jumper, the seat back guy and finally the arm rest hog. 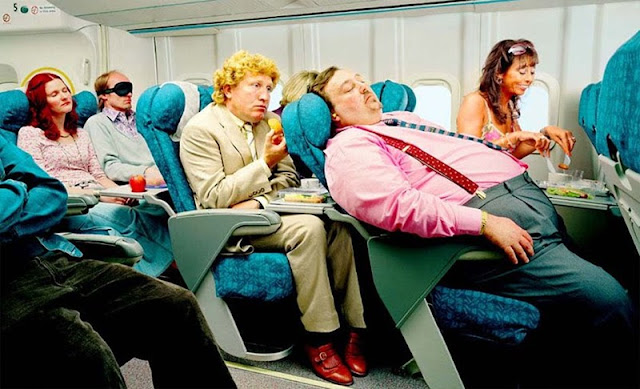 * ... SPOTTED ON TWITTER: "How to get a woman mad in two easy steps: Take a picture of her and don't show it to her."

* ... VAN KOPP: Welcome back to town 29-year-old Samuel Van Kopp, the Bakersfield High graduate who went on to West Point only to be gravely injured in a suicide bombing in Afghanistan in 2012. Van Kopp was a platoon leader when a suicide bomber approached and blew himself up, killing two soldiers and leaving Van Kopp with serious brain trauma. My interview with him, in which he questioned the politically driven rules of engagement for troops on the ground, is posted on Kernradio.com. Van Kopp has finished his first year of law school at Georgetown and his working this summer at the law firm of Klein Denatale and Goldner. 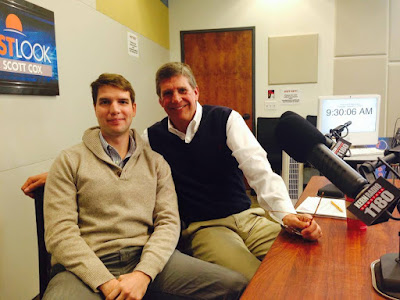 * ... FOODIE: The new QwikCafe on 18th Street, brought to you by the owners of Sequoia Sandwich Co., is off to a good start and is starting to expand its offerings. A few of my favorites: a new "protein box" featuring hardboiled eggs, roast turkey, gouda or brie cheese, humus, veggies and grapes, or the "lite lunch premium" with half a roast turkey sandwich with a beet or kale-quinoa salad. Two of the more popular new offerings include the beef dip on baguette and a tuna melt panini. 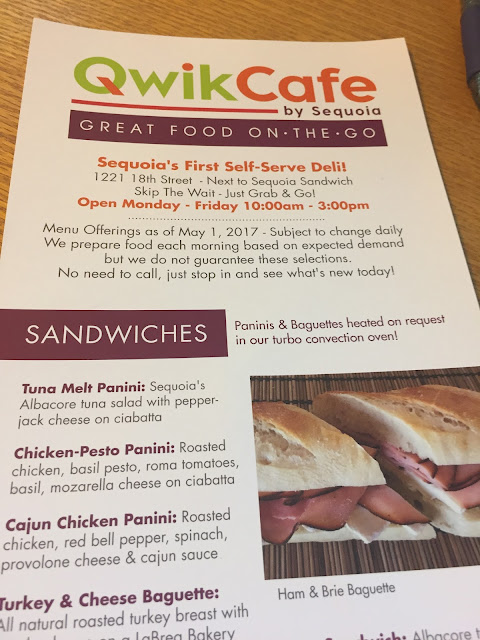 * ... GOOD FORM: Hats off to Stinson Stationers, the long-time office and furniture retailer that is celebrating 70 years in business. And in true Stinson's style, owner Ben Stinson III says the company will give away $70,000 in merchandise to needy local non-profits. To apply, go to Stinsons.com and click on the non-profit link. Applications are due June 15.

* ... MORE GOOD FORM: And here is some more good form compliments of reader Denise Watson: "One of the best things about shopping at the new Grocery Outlet Store on Brimhall is the veteran parking spot…nothing is better than seeing the surprise and pride on the face of a veteran when they pull into the parking lot and see that there is a parking spot reserved especially for them.  Even better when another customer notices them and says, 'Thank you for your service.' Pride, gratitude, appreciation and honor in the parking lot of a grocery store – now that is fantastic!"

* ... TRASH: I was driving through the littered streets of downtown Bakersfield on Sunday when I thought about the "trash survey" that Mayor Karen Goh conducted in which she scored us between 1 and 2, ratings that assume our community is only slightly littered. I am all for the aspirational, but our city is a mess, and a casual drive through town reveals a culture that views our streets as its personal trash cans. How about a public campaign to take pride in our community?
Posted by Richard Beene at 6:48 AM