Democratic leaders worry that Dolores Huerta's self interest will spoil their chances of unseating Rep. David Valadao, Youngblood says Perez should not have voted on marijuana and Santa Carota burgers are a big hit


* ... DOLORES HUERTA: For those who don't know her, Dolores Huerta is known as a labor rights "icon" because of her work decades ago with Cesar Chavez. But for those who do know her,

she is known as something of a political bully who puts her own interests above that of others. Sound harsh? Not if you know Huerta, and more evidence of that was on display recently when the Los Angeles Times wrote about her involvement in the Democratic fight to unseat Rep. David Valadao in the 21st Congressional District. If you remember, Huerta's son Emilio challenged Valadao in 2016 and lost badly. He was a horrible candidate and he failed to raise much money. He is running yet again, and Democratic leaders fear he will again fail to flip a district that went heavily for Hillary Clinton in the last election. But Huerta has made it clear that she doesn't want the Democrats to recruit any other candidates. "She told me clearly," one Democratic official told The LA Times, "stay out of the race." Democrats privately worry that the 87-year-old Huerta is putting her own self interests above that of her party, and for those who know her, this comes as no surprise. 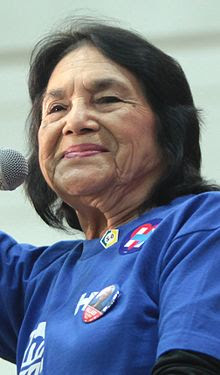 * ... DONNY YOUNGBLOOD: Kern County Sheriff Donny Youngblood thinks Supervisor Leticia Perez should have recused herself from voting on legalizing marijuana sales because of a possible conflict of interest with Perez's husband, Fernando Jara. Jara denies he was involved in local pot issue but others, including Supervisor Mike Maggard and his chief of staff Jeff Flores, claim otherwise. "I like both Mike and Leticia so I am caught in the middle," Youngblood told me. "But yes I do think she should not have voted" on that issue. 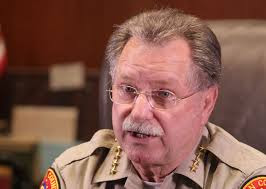 * ... SANTA CAROTA: The locally produced Santa Carota beef hamburgers now served at Eureka burger on Stockdale Highway have been a huge hit. Priced at $17, this burger is not cheap by any means but is hugely popular. Cody Bossaert, Eureka's local general manager, told me the restaurant sold 160 Santa Carota burgers the first week alone.

* ... PICKLEBALL:  Here's a tip for the Chabad of Bakersfield, the new owners of the old Laurelglen Tennis Center: if you own those tennis courts behind your facility, convert them into pickle ball courts, charge for admission (or a pickbleball monthly membership) and reap the rewards. Pickleball is the fastest growing sport in America, and you saw it this weekend when the Bakersfield Racquet Club held its first "Coconut Cup" (named after the sponsor Coconut Joe's) drew more than 100 entries from places like Shell Beach, Fresno, Nippomo, Pismo Beach, Visalia and the Antelope Valley. Pickleball is so popular at BRC that they froze the membership and there is now a waiting list. 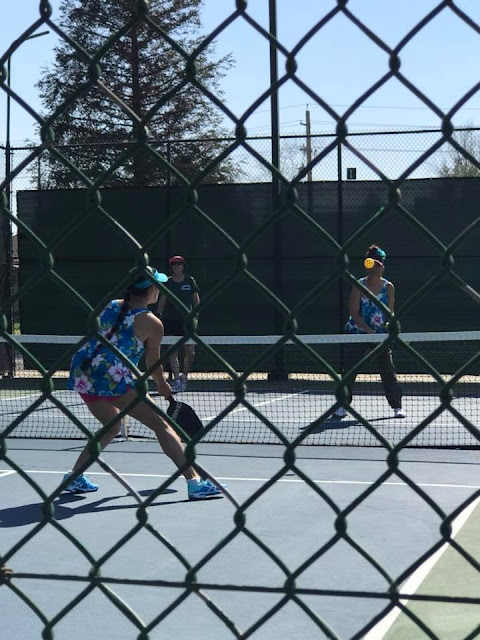 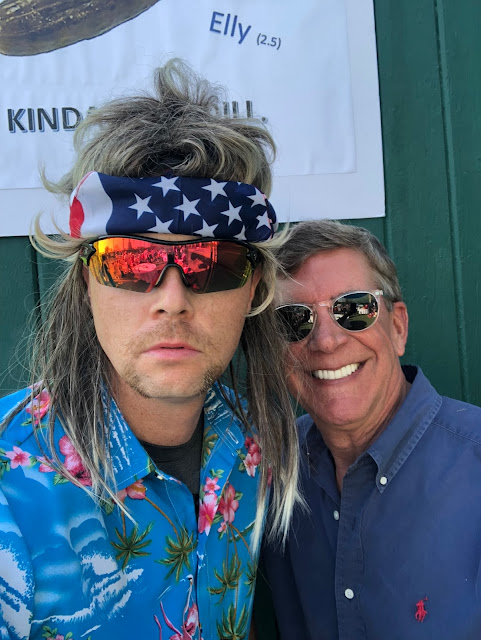 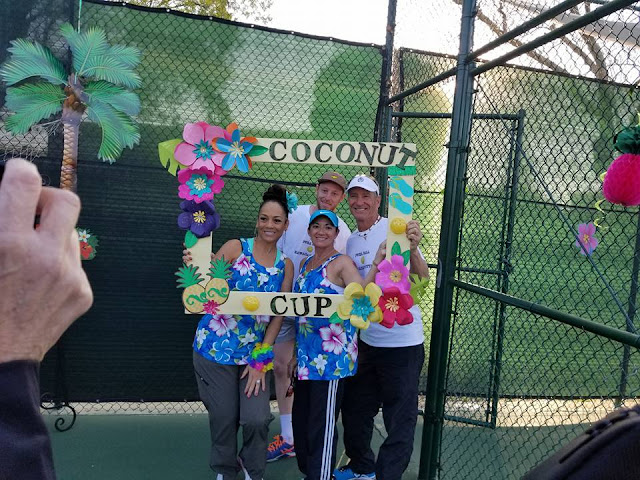 * ... THE PLUNGE: Enjoy this old picture of the Union Avenue Plunge, where Bakersfield cooled off during the hot summers. 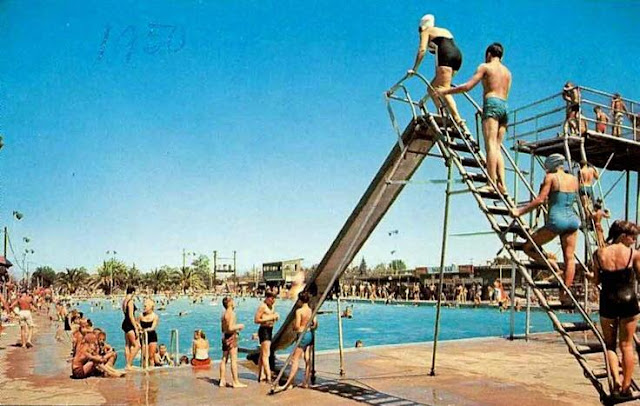 Posted by Richard Beene at 6:52 AM