Dr. Brij Bhambi raps a Los Angeles Times column and the "sanctimonious" attitude of his critics on the Rosedale Inn decision, and calls out Homeless Collaborative director Anna Lavin

Editor's note: The Bakersfield City Council voted unanimously not to use a crime-infested hotel to lodge the homeless after owners of the Bakersfield Heart Hospital objected, citing the safety of its employees and patients and the deplorable conditions in the nearby hotel. That led to a Los Angeles Times column in which the decision was described as "dispiriting .... and laughable" while singling out for criticism people Sheriff Donny Youngblood, District Attorney Cynthia Zimmer and physician and owner Dr. Brij Bhambi. In this column, Bhambi responds to columnist Erika Smith and has some special words for Anna Lavin, head of the Kern County Homeless Cooperative.
Frying Pan and Oven... Advice I heard is dangerous, good advice fatal.
"The Homeless Collaborative has a noble mission of trying to help the most disempowered. Homelessness is a scourge that's unworthy of a wealthy nation like the USA. Homeless need compassion and material help to lead them to safe shelter with goal of eventual rehabilitation. Homelessness is not monochromatic. It is a complex problem that has many moving parts...financial hardship, physical handicaps, psych disorders, addiction among others. Unfortunately, some of the elements involved invite violence, vandalism and worse.
"Homelessness demands a comprehensive, well considered and coordinated solution. Piecemeal approach can act as a temporary, soothing bandaid to a lucky recipient, without addressing the problem as a whole. Useful but not sufficient.
"Kern Count has roughly 1,600 homeless, most of them in Bakersfield. The Room Key initiative wanted to park 20 homeless at Rosedale Inn. A sense of proportion is relevant. Twenty out of 1,600 for a few weeks. The narrowness of the initiative and brief period of “shelter” is confounding. Lotto approach to homeless misery escapes comprehension.
Now comes the advice part.
"Bakersfield Heart Hospital has prided itself in being the premier healthcare facility that provides world class care. Our employees are the reason for our success and service. Workplace safety is a basic necessity. Our employees and our patients have been repeatedly vandalized and threatened by some of the residents and visitors from Rosedale Inn. Our employees have regularly complained about the pervasive threat from this Inn at the doorsteps of Heart Hospital and multiple doctors offices. Our cameras have captured videos of violence and gunfires on numerous occasions at the Inn. We are grateful for the promptness and responsiveness of BPD to address these challenges. 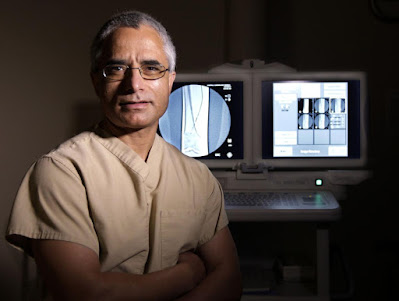 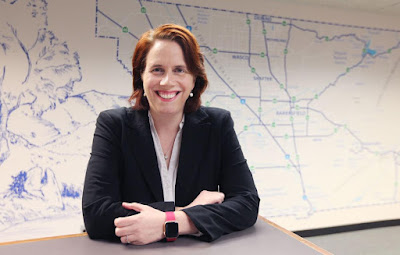 "In early August 2020, we belatedly found out that Homeless Collaborative had tried to take homelessness head on. They decided to park 20 out of 1,600 patients at the Inn. We felt duty bound to do the due diligence for the Collaborative and bring to their attention three things. Things we learned by living and working at Heart Hospital for last over 20 years.
First, if the Collaborative poured more money in to Inn, it would likely worsen the problem of vandalism and violence on the premises of Heart Hospital.
Second, it would most definitely aggravate the sense of insecurity among employees and patients.
Third, and most importantly, the action to park helpless and elderly in a place afflicted with violence and addiction would likely expose the homeless to more danger. Most people get that simple logic.
"The City Council most assuredly did and decisively defeated the ill considered proposal in a 7-0 vote. A prudent move to protect the homeless from clear and present danger at the Inn.
But the Collaborative official must have felt slighted and in a fit of self righteousness went across the Grapevine to LA Times to discredit all institutions, democratic process, City Council and Bakersfield as a whole with crimes of hypocrisy and heartlessness.
Some direct quotes from LA Times article ascribed to Ms Anna Laven: “Expected to hear excuses” in City Council meeting. It was even worse and found it “Ridiculous and laughable”.
"Some respect for democratic, civic institutions before, during and after the hearings. Self confidence is inspiring!
The article goes on its considered judgment to comment “Unsurprisingly Sheriff Donny Youngblood and DA Cynthia Zimmer were the architects of the cockamamie and legally dubious plan."
And wait, if you think you have been spared the benefit of unsolicited wisdom, the article throws ALL of us under the bus: “Bakersfield set the bar lower. Which is saying something, because the bar there was already pretty low.”
Ohhh we the pathetic souls in Bakersfield stand reminded of our miserable existence.
And to remind us of her investigative rigor, the good reporter in LA Times writes “Over the weekend, I went to check it out.”
Truth be told, a day trip cheated her of real experience. Next time she may wanna stick around and book a room for a weekend or two. Proximate experiences can be more instructive. Being in the neighborhood for good twenty years gives us clear eyed perspective devoid of pseudo moralistic fantasy. The Inn is a hotbed of lawlessness and disorder. Our video surveillance has live evidence, accessible to BPD.
(The latest episode in the Inn unfolded in early hours of 9/21/20 with the usual mix of gun fire, physical violence, gang fight and drugs. Perfect “shelter” for the helpless. How many of us will rent a room for our parents and grandparents there?) 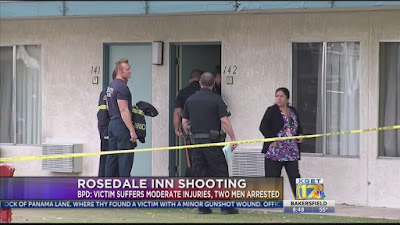 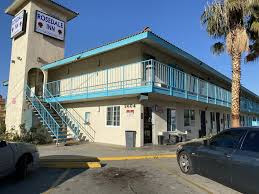 "The impulse to judge through preconceived notions may be tempting and sanctimonious, (but) it sure is flawed. To trash facts and build a ladder of career advancement by subjecting the helpless to deliberate harm is an unattractive path. Certainly for those of us who have lived and served in Bakersfield.
To paraphrase the good reporter from LA Times: There is a new low.
It's a low she dug for herself and homeless. I intend to believe she will keep digging. It is a shame that purported moralism preached by these “prophets” is a one-way street. My way or my way. Disgrace...both ways! Counterfeit motives and exhibitionist piety.
"In Medicine we have a simple rule. First do no harm. To save someone from frying pan to drop them in oven lacks both charity and wisdom. People in Bakersfield get that simple logic.
Posted by Richard Beene at 11:26 AM