Kristen Watson joins the CSUB president's office as chief of staff, more help to clean up litter and trash along the bike trail and did you know gypsies are offended by the name given to the gypsy moth?

Welcome to Bakersfield Observed. Our mission is to celebrate life in Kern County by focusing on newsmakers and events and the local characters who make this community such a special place. The views expressed here are strictly my own and do not represent any other company or publication.
* ... KRISTEN WATSON: Here's an interesting development: the new chief of staff reporting to CSUB President Lynnette Zelezny is an outsider to academia: Dr. Kristen Watson now head of the Kern

Community Foundation. Watson is replacing Michael Lukens who is returning to Fresno State where he served with Zelezny before her own appointment. Watson, a first-generation college graduate, earned her bachelor’s degree in business from California Polytechnic University (Cal Poly) San Luis Obispo and obtained a CPA certification. She also earned a doctorate in education from the University of California, Los Angeles. Universities often like to promote their own, someone from inside the bubble of academia, but Watson brings real world experience and important personal connections to the president's office. 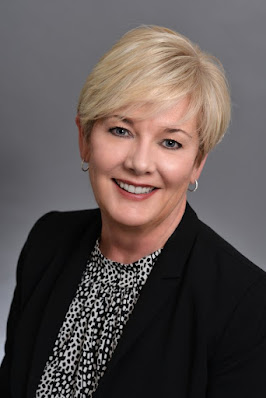 * ... GYPSY MOTH: It's always fun to deal with the latest excesses in our woke culture,  and now comes word that the lowly gypsy moth will be renamed because some people feel it may be offensive to Romanian gypsies. That's right, the gypsy moth’s name has been scrapped by the country’s leading insect identification groups the Entomological Society of America. “It’s an ethnic slur to begin with that’s been rejected by the Romani people a long time ago,’’ said society President Michelle Smith. “Second, nobody wants to be associated with a harmful invasive pest.” So there you have it. Feel better yet? 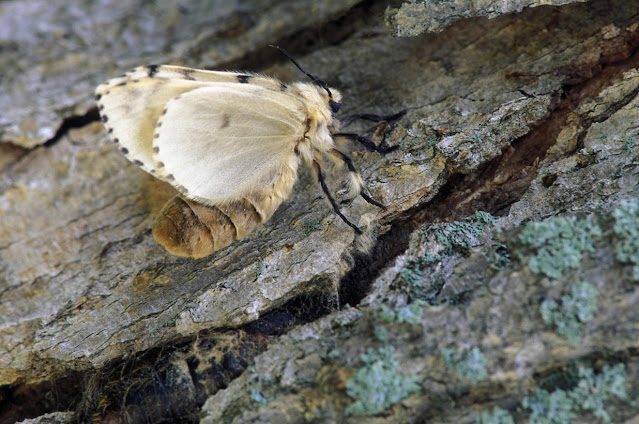 * ... SPOTTED ON TWITTER: "Welp, Richard Branson landed safely, but his luggage is headed to Atlanta."
* ... PARKWAY TRASH: Kudos to our City Council for stepping up and creating a full time trash pickup crew for the Kern River Parkway, which has been left in miserable shape by several hundred homeless encampments that have cropped up along the riverbed. Can the crew keep up with the amount of trash generated by those who live along the river? Who knows but it is a good start. 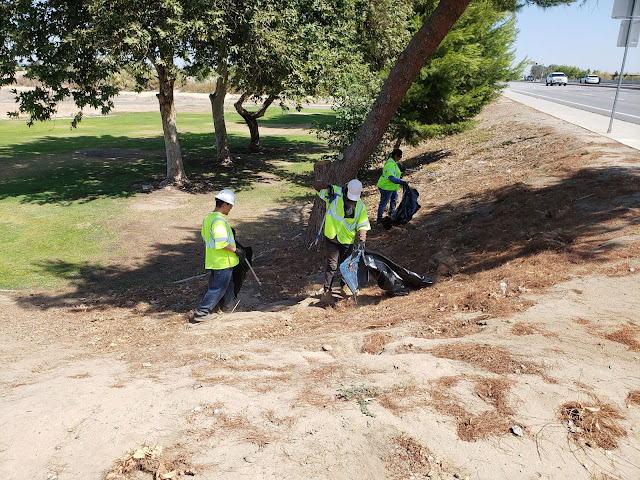 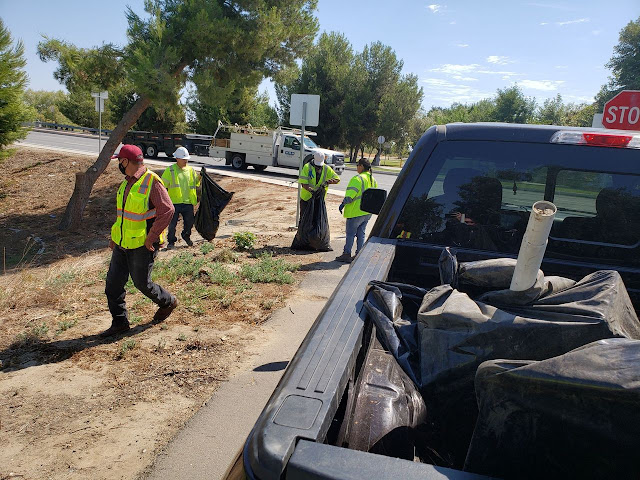 * ... BIRD DOG ART: A new store featuring art from California painters and craftsmen has opened at Tejon Ranch, the first of its kind retailer bringing high-end and original art to the general population. It's called Bird Dog Art and it recently celebrated its grand opening at the Outlets at Tejon. David Gordon, who has worked at both the Arts Council of Kern and the Bakersfield Museum of Art, is the lead creative director of the project. Gordon told me more than 60 artists, most from California, had works on sale at the space. 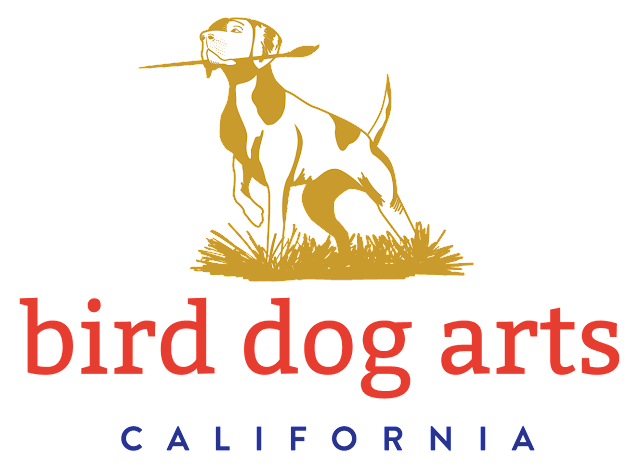 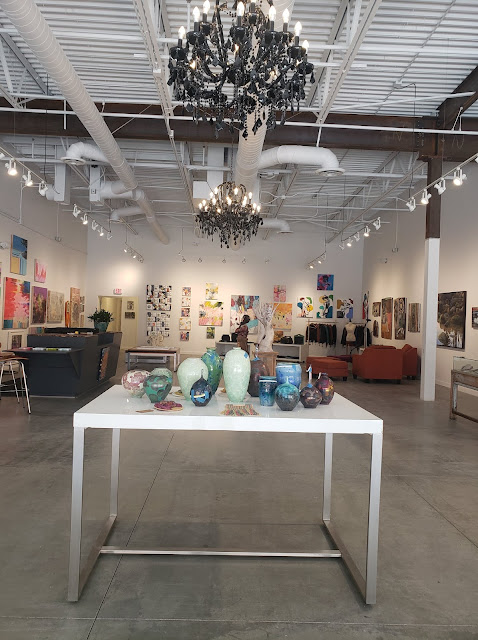 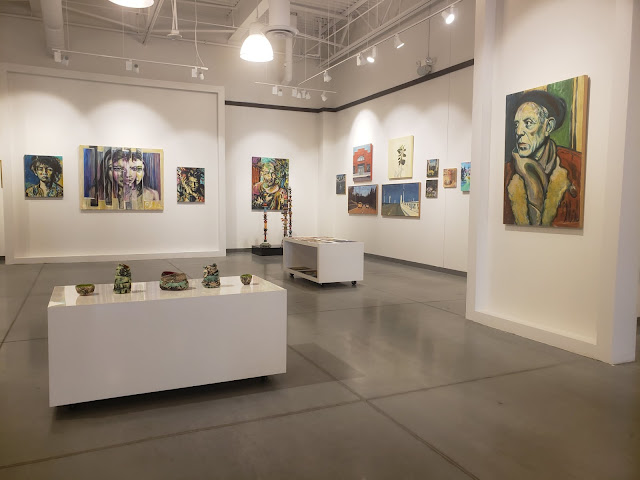 * ... MEMORIES: One of the more interesting buildings in town is the old bank (now home to The 1800 Restaurant) at the corner of 18th Street and Chester Avenue. Here is a shot when the band converted into another business as seen on the Kern County History Fans Facebook page. 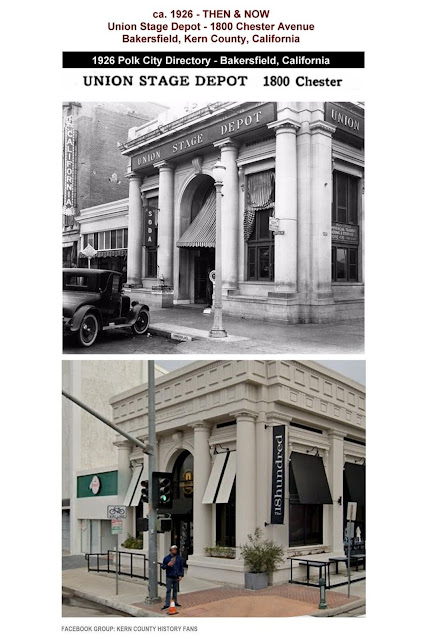 * ... MORE MEMORIES: Add this to the collection (once again thanks to the Kern County History Fans) showing the old Redlicks department store before it moved to Chester Avenue. Can you recognize the old building in the new design? 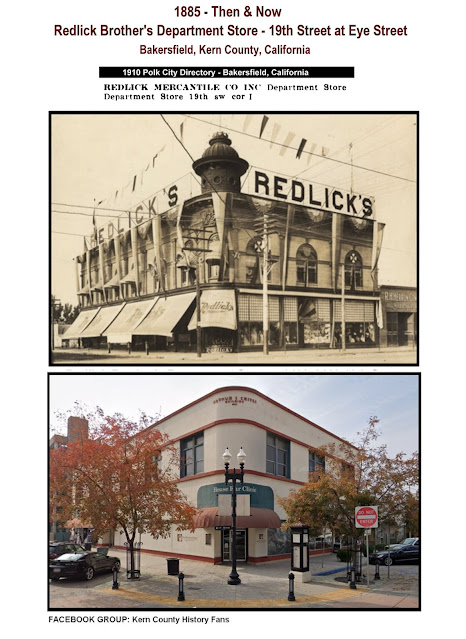 Posted by Richard Beene at 5:00 PM