Southern Baptists, following the lead of the Catholic Church, routinely ignored sexual abuse allegations and instead attacked the victims as opportunists, the Western swing band The Soda Crackers is the hottest ticket in town and CSUB loses Logan Belz to another university

Welcome to Bakersfield Observed. Our mission is to celebrate life in Kern County by focusing on newsmakers and events and the local characters who make this community such a special place. The views expressed here are strictly my own and do not represent any other company or publication.
* ... SEXUAL ABUSE: Just when you think the Catholic Church has a monopoly on sexual abuse claims, here comes the Southern Baptist Convention. It turns out the world's largest Protestant denomination has been experiencing an abuse scandal eerily reminiscent of the Catholic Church: sexual abuse allegations have soared in the past 20 years and like the Catholic church, the SBC ignored the signs and went into crisis mode to deny the allegations. And just like with the Catholics, true believer Baptists did their best to shame the accusers, protect the abusers and say it's all about people out for money.

(Remember all the "We Believe Father Craig" signs posted at businesses and in front of homes?) All this would be sad were it not so predictable. Do you recall what defense attorney Kyle Humphrey said when then Monsignor Craig Harrison was accused by multiple men of manipulating them for sexual favors while serving as a priest? Humphrey likened the accusers to pigs at a trough, and while the language is not exactly the same, Southern Baptist leaders did the same to denounce dozens who came forward to accuse Baptist leaders of a long pattern of abusing parishioners. It always seems to go like this: rally around the accused and attack the victims as low life money grubbers. The damning report from the SBC pointed to the groups past indiscretions. "In service of this goal," a SBC report said, "survivors and others who reported abuse were ignored, disbelieved or met with the constant refrain that the SBC could take no action due to its policy regarding church autonomy - even if it meant that convicted molesters continued in ministry with no notice or war ing to their current church or congregation." 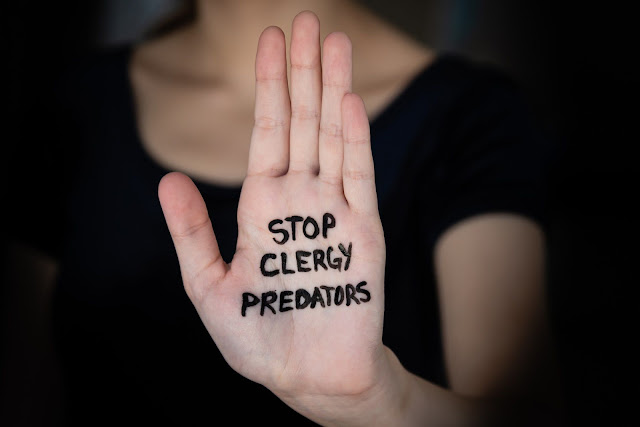 * ... ARE YOU RICH: Do you consider yourself rich? And if you do, are you also happy? Those are some questions posed by researchers who were studying the effects of being rich in America. Called Capitalists in the Twenty-First Century the research identified data of all taxpayers to determine who  dominated the top 0.1 percent of earners. The study revealed some interesting things including the fact that there are about 140,000 Americans who earn more than $1.58 million a year. That person, typically, is the owner of a "regional business," meaning anything from a car dealership to a beverage distributor. That's right, rich people get rich by owning unsexy businesses, like auto repair shops, gas stations and contractors. But does all that money make you happy? The study found that the rich are constantly setting the bar higher so "you have to keep doubling your income to get the same happiness boost." Another survey, by two British economists, found that the activities that make people happy include sex, exercise and gardening. "People get a big happiness boost from being with a romantic partner or friends but not from other people, like colleagues children or acquaintances, " it noted. So there you have it. The lesson here: be kind to your spouse and if you are single, take up gardening.
* ... COVER ART: Ever since he retired from The Bakersfield Californian, award winning photographer Feliz Adamo hasn't missed a beat. Instead of devoting his time to shooting subjects like crime or politics, Adamo is showing off his talent in magazines, this time taking over the cover of Food & Beverage magazine featuring a bowl of warm French fries from potatoes grown locally by Chipperbec potatoes out of Arvin. 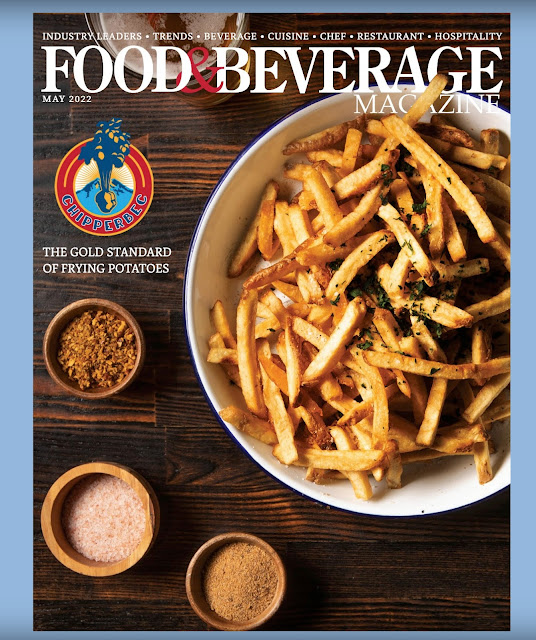 * ... SODA CRACKERS: When Felix is not shooting cover art for national magazines, he can be spotted chronicling the emergence of one of the hottest local bands, the Western swing group called The Soda Crackers. It turns out two of Adamo's boys, Cooper and Zane, play in the band which pays tribute to the rich musical legacy of Bakersfield and iconic singers like the late Bob Wills. Check out The Soda Crackers next time somewhere about town. (all photos by Felix Adamo) 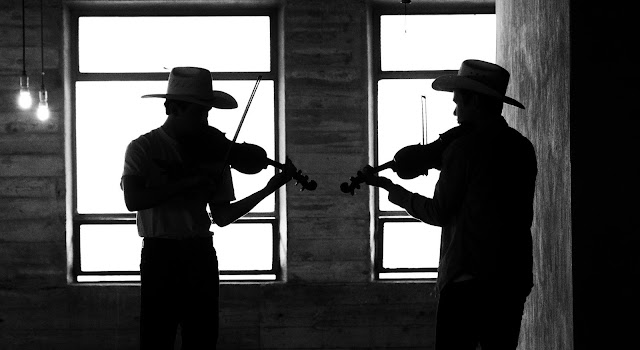 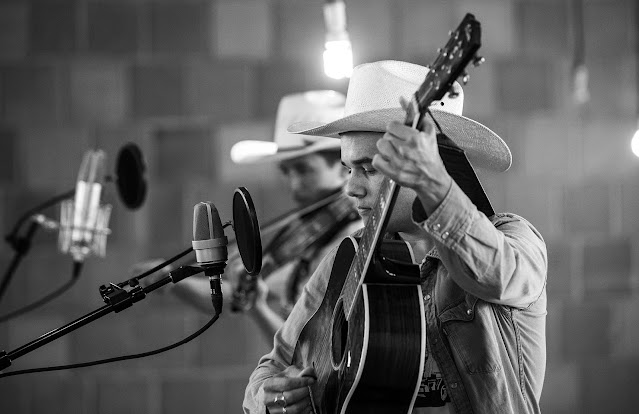 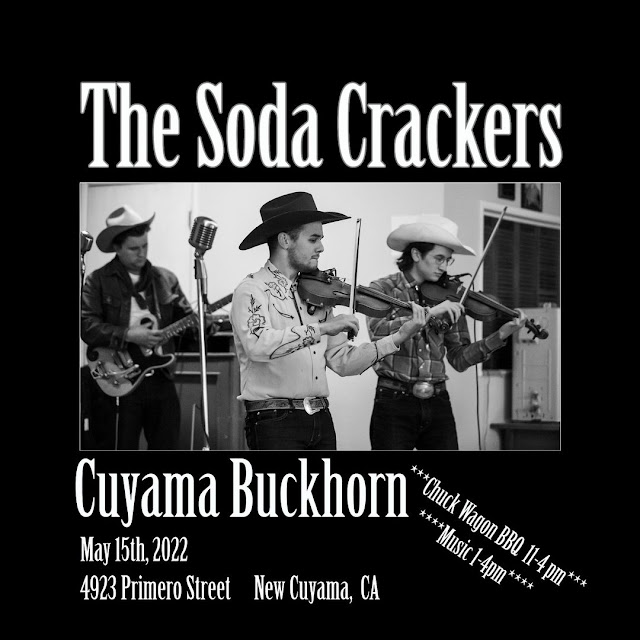 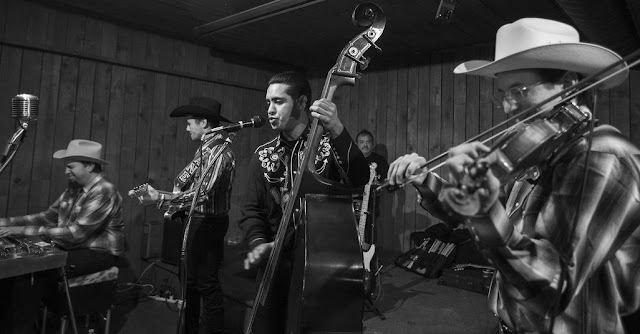 * ... ADIOS LOGAN: Cal State Bakersfield lost another talented employee this week when Logan Belz announced he was leaving to accept the position as associate athletic director for the University of Evansville. If that school in Indiana sounds familiar, it is where CSUB Athletic Director Kenneth Ziggy Siegfield went just recently. Belz, a dynamo of a young man who oozes with enthusiasm, energy and professionalism, penned his farewell in a personal note sent to supporters. "It has been an honor to serve as the Athletics Assistant Director for Special at CSUB. It has been truly an amazing ride ranging from our Education Days, NCAA births, NIT Semifinals, WAC Championships, sell-out crowds, rowdy bus trips and watching our 300 student-athletes compete at the highest level of college athletics," he said. In the past month CSUB has lost Seigfield, Belz and Victor Martin, head of development. Martin went to the University of the Puget Sound. 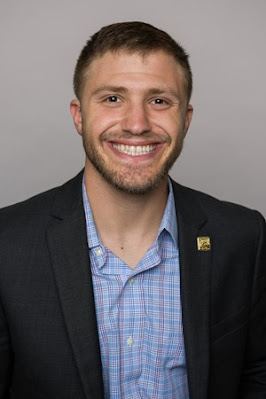 * ... MEMORIES: Here are a couple of just amazing old photos, taken around 1890, showing Chester Avenue when it was a dirt road. These photos are courtesy of the Kern County of Old Facebook page. The second photo was taken from the old Kern County Courthouse that stood where the police station does today. 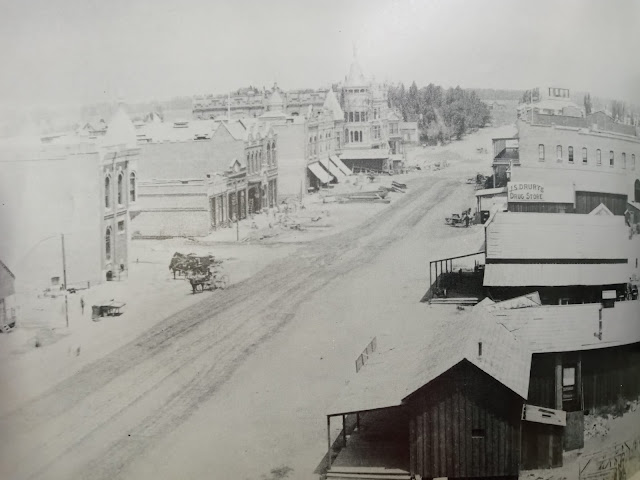 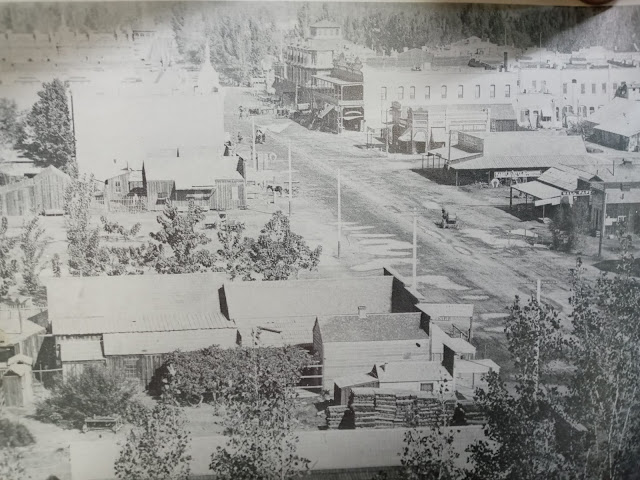