Wyman to reporters: stop writing for yourselves and write stories your readers may actually read 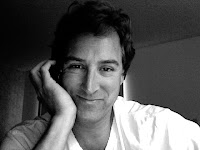 Happened upon a terrific blog on the media written by Bill Wyman, a former writer for NPR and Salon.com. There's no shortage of opinions from folks who have an idea of how newspapers and journalism should change, but few back up their theories with real business models. Wyman minces no words in attacking the rock hard resistance to change in most newsrooms today. I like the simplicity of Wyman's argument:

"The more I think about it, the biggest problem the press has is that the evaporation of advertising has meant that the news it publishes has to stand on its own two feet.

"Sure, back in the day there was some foreign news, some local reporting, some great reporters and editors sprinkled across the country. But let’s face it, most newspapers sucked in all sorts of ways, and one of the main ways was opting toward blandness and timidity wherever possible, as as not to offend the older folks subscribing to the papers...

"The truth was, it didn’t matter what they published. People just subscribed to newspapers! For the ads, because they always had, some even for the news.

"Now, things are different. Online, you have to publish stuff people want to read, or fashion it to seem that way. That’s the transition that’s killing newspapers; it’s something most reporters, editors and publishers never had to do."

I like reporting where the facts are given rather than the reporter's opinions. Nowadays it seems to be about the messenger and not the message.