Some short takes around our community following another splendid spring weekend, celebrating folks getting together for a good cause and our children moving on in their lives.
* RELAY FOR LIFE: You have to hand it to the organizers of Bakersfield's annual Relay for Life event out at Cal State Bakersfield. Thousands showed up and camped and walked and tens of thousands of dollars were raised to fight cancer. This has become one of our community's signature events and it is certainly something to rally around. Has any family not been touched by this dreaded disease?
* KUDOS TO KBAK: The folks over at channel 29 KBAK did a nice job with their live reporting from Relay for Life on Saturday morning. Personal testimonials from weatherman Miles Muzio were done in a quiet and respectful manner.
* RUNAWAY WINDMILL: Spotted this headline on the Californian breaking news Twitter feed: "runaway windmill closes Highway 58." Only in California would we understand runaway windmills.
* CLEAR PATH FOR RUBIO: When former Assemblywoman Sarah Reyes bowed out of the race for the State Senate 16th District, it virtually handed it to Supervisor Michael Rubio. Rubio's war chest of almost $400,000 and his total commitment to winning this seat is scaring away potential opponents. Others may emerge, but Mr. Rubio is going to Sacramento. 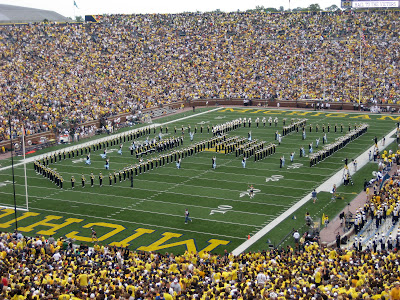 Last Friday was the day our high school seniors had to make final decisions on what colleges they will attend. This is clearly one of the most important decisions these young folks will have made in their short lives, and it will shape their lives forever. Here's a sampling of where some kids I know will spend the next four years:
* USC TROJANS: Frances Ellison, a senior at Stockdale High, will be heading to the USC engineering program. Frances was the top singles player for the Stockdale tennis team. Her sister Denise (also the No. 1 singles player before her) ended up at Notre Dame. They are the daughters of Bob and Patricia Ellison.
* LINDENWOOD LIONS: Elizabeth Key, senior at Ridgeview, decides on private Lindenwood University in St. Charles, Mo., taking advantage of a scholarship that recognizes her academic achievements along with skeet shooting. She's the daughter of local businessman Keith Keys.
* GO BRUINS: Andrew Green, senior at BHS, heads to Westwood to enjoy the beautiful UCLA campus. Andrew is the son of deputy District Attorney Lisa Green and Grimmway counsel Jeff Green. His brother is attending UC Irvine.
* SAN LUIS: Brooke Shuford, another Driller over at BHS, is headed to Cal Poly San Luis Obispo. Brooke was a Driller swimmer and is the daughter of Kellie and Dan Shuford.
* TO THE BEACH: Scott Camp, Stockdale High, heads to the beach at UC Santa Barbara to study. Scott is the son of Jim Camp, owner of S.A. Camp company, and Carol Camp.
* TEXAS BOUND: Cassie Clayton, a golfer over at Garces Memorial High, heads to Texas Christian University, a favorite of a lot of Bakersfield kids. Cassie is the daughter of Judy and Greg Clayton.
* MISSOURI BOUND: Brian Foley, Ridgeview High, also heads to Lindenwood to hone his shooting skills on a skeet scholarship. He is the son of Kim and Tim Foley.
Posted by Richard Beene at 7:59 AM

It should be noted that Stockdale High graduate Scott Camp also has a wonderful mother, Carol Camp, who was not listed.

Richard, thanks for reporting our son's accomplishment of being accepted to attend UCLA. Unfortunately, our son Andrew, not Michael, was accepted. We don't have a son Michael (but would be willing to consider an exchange if Michael came with a scholarship).

So noted and I stand corrected!