Coming off a weekend of extreme highs and lows: from shootings and crashes to high achievements

Where does one begin after a weekend like we just had? We had the usual weekend fare in Bako: a suspected gangland shooting that leaves one person dead and others wounded, and of course the routine multiple car fatality out near Interstate 5. Let's get to it:

* CRASH CLOSES ENOS LANE... Looks like at least three people were killed - a mother and her two small children - when an SUV collided with a truck towing a trailer out on Enos Lane near Interstate 5. (read KBAK's story here) Who knows if alcohol was involved but it sure sounds like it. Turns out a highway patrol officer saw the SUV speeding northbound on Enos, turned and chased it. The SUV, according to KBAK, was passing cars going 80 mph or faster when it slammed into the truck. A mother and her kids were killed and the driver of the SUV (can we assume it was the dad?) was slightly injured. The picture, courtesy of the KBAK TV website, pretty much tells the story. What are the chances booze was involved in this one? 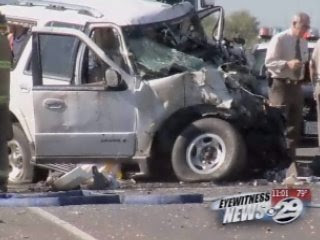 * SHOOTING ON T STREET... Then there is this from the KGET website: On the evening of July Fourth a couple of teenagers walked into a home on T Street and simply opened fire, killing 37-year-old Anthony Mack Johnson and wounding five others. In one of the great understatements of the year, KBAK reported it like this:

"It was the typical Fourth of July family reunion-type of a party until three teens walked up to the party and one pulled out a semi-automatic handgun. Five party-goers were hit."

Yep, that will quickly turn the typical to the atypical.

* THESE KIDS SHOOT BUT FOR SCHOLARSHIPS ... I spent the weekend way off Enos Lane at the Kern County Gun Club where the California State Skeet Shooting championships were held. Winning for his second year in a row was 17-year-old Brian Foley, a recent Ridgeview High graduate headed to private Lindenwood University in Missouri on a skeet scholarship. Lots of kids involved in this sport, including Richard Riddle, a 16-year-old from San Diego, who won the 20 gauge gun title. He's shown in the picture here with his 13-year-old sister Diana, who shot her first 25 straight targets. These kids shoot, but in controlled environments that can often lead to free college tuition. Hats off to them. 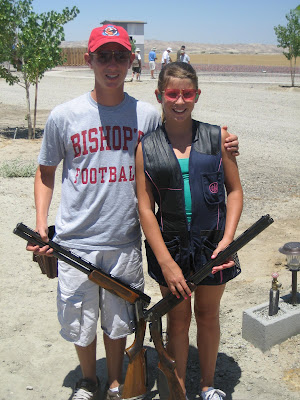 * SKUNKS AND SEVEN OAKS ... Heard from a friend who lives in Seven Oaks that skunks are proving to be quite a problem for folks who live along the golf course. Apparently these skunks are fond of taking over the California kit fox dens that are common on the golf course, and they are making a pest of themselves with golfers and homeowners alike. I did notice, while riding my bike early in the morning through the Cal State campus in the Southwest, that a family of kit fox that have a den in central campus are now gone and yes, there is now a family of skunks living there. 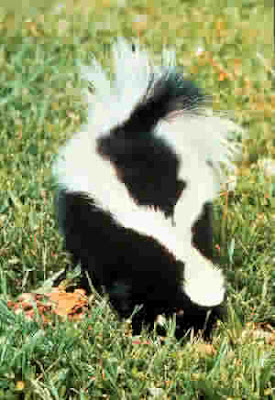 Weekends like this is why Bako is near and dear to my heart...

Heard on TV tonight that the driver was drunk and had been arrested for drunk driving before. Your suspicions were correct. I think a woman in the other truck is in bad shape as well