Today's economy: a low-grade fever that refuses to go away, and why the end is nowhere in sight

If it's true we all misjudged the depths of this recession - and we all did - it's also true that the days of expecting miracles are over. Talk to business people around our community and you'll hear it over and again: "I'd like to be optimistic, but my financials and my instincts tell me we're in for the long haul." With each day that passes there are further indications that this recession is deeper than anyone imagined, and will last longer than anyone dared to fear. Consider these sobering facts:

* UNEMPLOYMENT ... The jobless rate is approaching 15 percent in Kern County, and that doesn't count the number of "underemployed," meaning those on part time status or earning meager wages on a cash basis. Count those in and almost one in five people cannot make ends meet.
* A BANKRUPT STATE... California is nearing bankruptcy and issuing IOUs that are fetching only 80 cents on the dollar in the open market. Does anyone have any hope that our dysfunctional Legislature can agree on anything?
* FEDERAL BAILOUT ... There's a growing sense that the Obama stimulus package is not working, leading companies and individuals to hunker down and spend less.
* MORTGAGE MESS ... It's been well documented here but the housing crisis may be getting worse, not better, and ham handed attempts at regulation are causing appraisals to come in consistently low, scuttling many otherwise legitimate deals. * BANKS IN TROUBLE ... U.S. bank regulators closed seven more institutions last week, a clear indication that the loans on the books of many banks continue to deteriorate, forcing the Feds' hand. No doubt there will be more.
* RAIL TRAFFIC CRIPPLED ... One key indicator is the amount of material carried by rail, be it construction material or food headed for processing. One study last week showed overall rail traffic down more than 20 percent year over year.
* PROPERTY TAX APPEALS ... Counties across the country are being beseiged by appeals to lower property taxes, further hamstringing the ability of local governments to spend on roads and repairs.
* GAS PRICE SPIKE ... The price of gasoline is showing signs of another move up, and if that happens the consumer will be even more strapped.
* LOCAL BUSINESS PULLBACK ... Local businesses say they simply aren't hiring, and probably won't even if things get considerably better. Why? Stung once by the recession and worried about spending, they will simply be content to remain smaller.
* COMMERCIAL BUST? ... Some analysts predict that the next big shoe to drop will be in commercial real estate, with some predicting the worst will come in mid to late 2010. 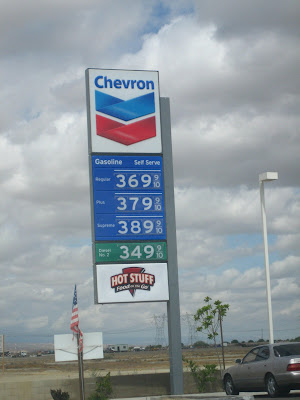 All of this is bad news for the "consumer led" recovery that experts say we need. Until the credit crisis passes and people have jobs, there will be no recovery of any significance.
Posted by Richard Beene at 1:53 PM

Email ThisBlogThis!Share to TwitterShare to FacebookShare to Pinterest
Labels: economy