Short takes around town: Local cotton company inks big contract with mainland China while a Canadian decides to give it up for U.S. citizenship

Some short takes around our community as we head into the weekend.

* ... JESS SMITH AND SONS INKS CHINA CONTRACT: Picked up some good news for Jess Smith and Sons Cotton Co., the 67-year-old cotton merchandising company based in Bakersfield. Apparently the company inked a five-year contract with Luthai Textile Co. LTD, one of the world's best known and largest manufacturer of high grade yarn, dyed fabrics and top brand shirts. Not sure what the value of the contract is but it's certainly good news for CEO Ernie Schroeder Jr. and his team over at Jess Smith. Schroeder got the word while in Scottsdale this week for a U.S.-China Economic and Trade Forum. Apparently Luthai chairman Liu Shizhen presented Ernie with a gift from the 2000 year old Qin Dynasty as well as the honorary U.S.-China flag pin. Thanks to Steve Houston of Houston Jewelers and Tracy Walker-Kiser of Herb Walker's Clothing Co. for bringing this to my attention.

* ... GAUTHIER THE PRODUCER: Looks like one of our local products has found his way into the movie business. Jadon Gauthier, a junior at Biola University down in Los Angeles, is the producer of a short film shot on location in Tokyo. Called "Jitensha (Bicycle)," the film was just selected as an entry to the Venice Film Festival. Congrats to proud dad Jay Gauthier, a former Californian sales rep and now manager for the Guardian Warranty Corp. If you want to check out the movie, click on the link here.

* ... BLUES FEST NEXT WEEK: It's not too late to pick up some tickets to the B-Town Blues Fest, set for next Saturday over at the CSUB amphitheater. Tickets range from $30 to $40 for adults and of course tables are available for groups. It will run from 3:30 p.m. to 10 p.m. Call 661-831-3100 for tickets or pick them up over at World Records on 18th Street downtown. Part of the proceeds will benefit the Bone Marrow Registry. 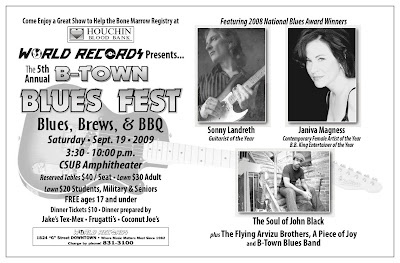 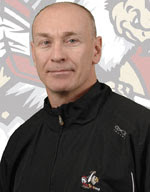 * ... FROM CANDIAN TO AMERICAN: Had a chance to hear Bakersfield Condors coach Marty Raymond speak to my downtown Rotary Club today. The Condors have not been immune from the economic downturn and it's showing up in weaker attendance, but it was good to hear about the team's deep commitment to being involved in the community. Marty was born in a small town outside of Montreal and grew up speaking French as his first language, but he made it clear he had taken to Bakersfield and the United States. His kids were born here and he revealed he's well on his way to becoming a U.S. citizen.