*  ... GOOD NEWS FOR HOUCHIN: Houchin Blood Bank had some big news Thursday when it announced that Bolthouse Properties was donating five acres of vacant land for a new blood facility off Buena Vista Road. This is just the latest example of the generosity of the Bolthouse family, which has helped fund many causes through the years. Houchin CEO Greg Gallion told me he was overwhelmed by the donation, which will allow the blood bank to build a completely new and expanded facility across from St. John's Lutheran Church. Gallion sees that area of the Southwest as the epicenter of our city's growth, and a prime location for a new blood facility. Bolthouse Properties is no longer affiliated with Bolthouse Farms, the huge carrot producer, instead holding and developing commercial and agricultural properties located mainly in Southern California. Bakersfield attorney Tony Leggio is president of  Bolthouse Properties and said the donation was consistent with "the Bolthouse Family legacy in giving back to the community."

* ... BAKO BUCKEYES UNITE: I received a strong response from an earlier post wondering how many Ohio State Buckeye alumni or fans live here locally. Reader Sunny Kapoor had emailed me to get in a dig at all those Oregon fans after the Ducks lost in the Rose Bowl. A sampling of the responses:

- Louis Sun, wastewater superintendent for the city of Bakersfield, graduated from Ohio State in 1997 and said he too "bleeds scarlet and gray." He was at the Rose Bowl game said his expectations for the Buckeyes next year are "sky high."
- Dianne Hoover, director of our city recreation and parks department, told me that she grew up in central Ohio and though she didn't attend Ohio State, is a fan by birthright. 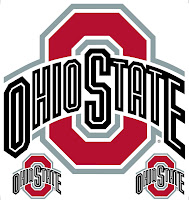 "Most of my family still lives in Ohio so I return for holidays and get the football fever all over again. My brother has an entire room dedicated to Ohio State football and yes, he did graduate from there. I bring 'buckeyes' to share with co-workers after a big win, or sometimes before one. A  real buckeye comes from the nut of the buckeye tree, which can't be eaten by humans since it is poison to us when consumed, but not to touch. ... The buckeyes, the tree's way of reproducing itself, have a thorny outer shell but when they fall off the tree, the shell splits open and the remaining nut looks like the eye of a buck; hence the buckeye."

- Bill Allison, corporate sales manager for the Bakersfield Condors, chimed in that he grew up just south of Dayton, Ohio, in Centerville, the home of former Buckeyes and current NFL players Mike Nugent and A.J. Hawk. "I wear my scarlet and gray proudly in the Condors office and can't wait for next season. Go Bucks!"
- And finally there is Frank Colatruglio, vice president of UBS Financial Services in Bakersfield, who grew up in Tiffin, Ohio, attended Bowling Green State University for three years before transferring to Cal State Bakersfield and falling in love with our community. He's been here 30 years but still roots for the Buckeyes. "Growing up in Ohio where it is like Iceland this time of year, it always seemed the Rose Bowl was playing in some faraway land of perpetual sunshine and 72-degree temperatures."

* ... SERVICES FOR CLAUDE FIDDLER: The funeral service for longtime Chevron oilman Claude Fiddler has been set for Thursday, January 28 at 2 p.m. at Greenlawn Mortuary and Cemetery. Expect a huge crowd as the community expresses its respect for both Claude, who died last week at 77, and his late wife Shirley Ann, who died just about a month ago.

* ... DANNY MAITIA'S FAREWELL: Bakersfield always reserves a special send-off for its most beloved citizens, which explains why the service the Danny Maitia came as close as we have here to a state funeral. Danny was the former co-owner and head bartender of the popular Woolgrower's Basque restaurant, founded by his mother, Mayie Maitia.  He died of brain cancer after a two-year battle. He was 55. The service, held at St. Francis Church and officiated by Monsignor Craig Harrison, drew a standing room only crowd. The wake was held at the Basque Club, catered by Luigis Restaurant and Delicatessen and again drew an overflow crowd. Farewell Danny.
Posted by Richard Beene at 3:43 PM

Dianne Hoover is director of the City of Bakersfield Recreation and Parks Department, not Kern County.

Noted and corrected. My apologies to Ms. Hoover!