* ... ... CASA FRIEND: Lauren Burson could be a poster child for what we all want our children to be. She's only a fifth grader at Our Lady of Perpetual Help, but she has already learned the benefits of generosity and caring. Every year on her birthday, in lieu of birthday presents, she asks friends and family to make a donation to a charity of her choice. This year, on her 11th birthday, she chose CASA of Kern County. "We were touched by her generosity and give kudos to her parents, Les Burson and Susan Walker Burson, for encouraging philanthropy at such an early age," said Teresa Fahsbender, CASA's resource development manager.


* ... GRANUCCI-LAFOND: Had the opportunity to officiate a wedding for a wonderful young couple on Saturday, Matthew Granucci and Denise LaFond. Picture perfect day and the Metro Galleries looked splendid for the wedding. Matthew and Denise met at Thompson Junior High, lost touch when both went to different high schools but reunited at UC Santa Barbara when Matt randomly moved in across the street. Now that's a love story. Denise is the daughter of Steve and Lisa LaFond and Matt  is the son of Peter and Susan Granucci.

* ... GETTYSBURG GRAD: Good to hear that Centennial High graduate Steven Moxley has graduated from Gettysburg College, magna cum laude. He received a bachelor of arts in computer science with three minors. He is now headed to George Washington University to work on his master's in science and technology policy in the Elliott School of International Affairs. And there's more. His father Larry Moxley told me  that Steven has a paid summer internship with Google. Not a bad gig. His brother, Richard Moxley, will start his sophomore year at Liberty University in Lynchburg, Va., in early August. Two high achieving lads. 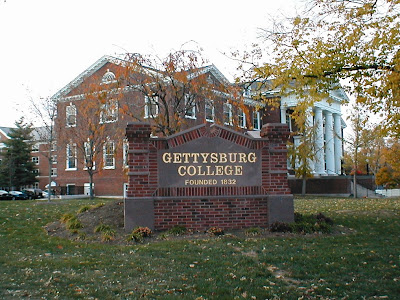 * ... ROAD RAGE: Had a scary moment Sunday while cycling with my group on Granite Road headed toward Woody. A late model maroon Ford pickup truck, with a blue disabled sticker on its rear license plate, almost took out a cyclist who was riding straight and as far to the right as possible. The road was clear and this was clearly a case of someone attempting to brush us off the road, or worse. Turns out this same truck is known for terrorizing cyclists and one day, someone is going to get hurt. What makes people so angry? Bet this guy is just a prince at home.

* ... OVERHEARD: What's going on with the local dairy industry? Heard from a friend at Uricchio's the other day that Central Valley dairymen are suffering. The dairymen are getting less for their product, and they are stuck with high fixed costs (the cows have to eat and you have to milk them.) Wasn't long ago when our local dairy industry was booming and farmers from other parts of the state were moving here. So what's causing the steep drop in prices? Yet another industry suffering in this long recession.

* ... EAST BAKERSFIELDISM: You know you're an East Bakersfield old timer if you remember getting your foot X-rayed every time you went into Ricard's Bootery.
Posted by Richard Beene at 1:21 PM

Cyclists need to learn to ride single file but this doesn't excuse behavior like this. Someone should turn him in to the police

I feel exactly the same as Anonymous. It's exasperating when cyclist do not ride single file as if they are bulletproof and egging motorist to just dare.

However, it seems this cyclist was riding correctly and the motorist is just plain dangerous. Let's all keep our eyes out for this vehicle described above.

I would do a bit more research on the dairy tip. Farmers are notorious for not being happy unless they are miserable.