Scrivner's stand on unions picks up some support while others ponder: Where in the world is Bob's Big Boy?

* ... UNION POWER: Zack Scrivner, the city councilman running for 2nd District County Supervisor, seems to have struck a nerve with voters by taking on the unions over soaring pension costs. Most folks in the private sector have taken pay cuts, been furloughed and witnessed their retirement funds ravaged while city, county and state worker unions continue to protest even the most modest of cutbacks. Some unions have responded with a sharp edged advertising campaign against Scrivner, but clearly many folks are warming to Scrivner's challenge to the unions to belly up and take their share of the cuts. One Tehachapi voter told me she was voting for Scrivner because "it's time government workers start to live like us in the private sector. If they don't like the cutbacks, they can always leave their jobs and join us in the private sector!" 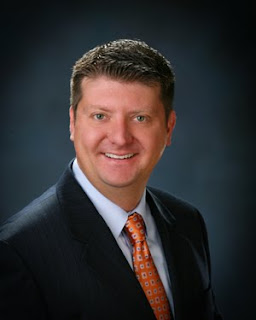 * ... JUST BRAGGING: Barbara Billington wrote in to do a little bragging on her granddaughter, 2004 North High graduate Alison Tolladay. She graduated from Fresno State in 2008 and just now earned her master's in public policy from Pepperdine University. She is currently working as an intern for the LA Lakers in their community relations department raising money for the Lakers Youth Foundation. Last year, Alison and some of her friends started a group called "Just Like You" that provides after-school programs to Los Angeles elementary schools. The programs focus on viewing the world in a different way and becoming global citizens. Billington said Alison "learned compassion and philanthropy from her membership with the Assistance League of Bakersfield's, Assisteen Auxiliary, which obviously has made an impact on her future goals. This is just another example of local girl makes good."

* ... ROAD RAGE: More responses to my earlier post (read it here) on drivers who try to scare cyclists  off the road by coming close to hitting them. One reader, Marty Richardson, wrote that cyclists should stay off the roads to Woody simply because they are so dangerous. It brought this response from reader Jerry Sutliff: "Clearly Ms. Richardson doesn't get it. Bicyclists have the right of way when the cyclist and the driver are going in the same direction, at least here in California. It appears she wonders what you and your fellow cyclists are doing in her roadway. Good luck."


* ... WHERE'S BOB?: So what happened to that Bob's Big Boy statue that was stolen at the new Ming Avenue franchise in town? County supervisor Mike Maggard, on vacation on the coast over Memorial Day, got a chuckle when he happened on a miniature Bob's Big Boy replica in a Cayucos antique store. "I wonder if any others have made similar 'Bob sightings' as they have contemplated the intriguing question, 'Where in the world is Bob?'" 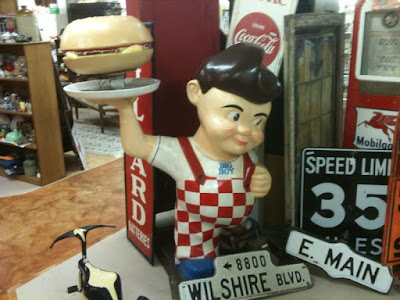 * ... NEW NORMAL: Amazing how the split between Al and Tipper Gore has caught our interest. After 40 years, you'd think they were well past the time of calling it quits. But, as the Wall Street Journal reported, divorces of marriages in the 30 to 40-year range have become the "new normal." And divorce rates among those married between 1970 and 1974 have taken "the biggest generational jump" ever, according to the University of Michigan. The New York  Times, chiming in on the Gores, said the dissolution of long-term marriages was particular to the baby boom generation. "In a sense," the paper said, "getting divorced is the iconic baby boomer act."


* ... OVERHEARD: A correctional officer giving advice to his mother: "If you want the best health care money can buy, commit a felony and go to prison."


* ... BAKERSFIELDISM: You know you're a Bakersfield old-timer if you remember where Bakersfield's first escalator was. (Fedway, 21st and Chester).

And we finally know who the opposite of Leonard Downie Jr. is.

Back when I was a child divorce was rare and couples just stayed together. I think it is sad about the Gores but who knows what goes on in a marriage. I love your writing. It is very newsy and informative. I love Lois Henry too.

Good for Scrivner! My company hasn't given raises in two years and we have to pay for all the insurance for our dependents! These people need to wake up!

The unions need to work with the council and not offer the paltry 1% concession or propositions will "fix" the public employee pension problem in a way that will be far more onerous to their members. Zack gets ripped for this, but he's right on this issue. Something needs to be done so we don't become Greece.