Father Craig heads for Russia with iPad in hand and what about a "I Love Bakersfield" campaign?

* ... HIGH ACHIEVER: Reader Georgann Greene wrote to tell me about a remarkable young man who is about to graduate from UCLA. He's Richard Rodriguez, a 2006 Centennial High graduate who was the first in his family to go to college. He is also a hemophiliac and has received treatments at the UCLA Medical Center his whole life. Yet despite this, he is graduating with a major in microbiology, immunology and molecular genetics. Richard spent last summer studying and working in a science lab at Harvard University. His goal is to become a research physician specializing in blood disorders. Now, that's a high achiever.


* ... HAPPY 90TH: An anonymous caller left a happy birthday wish for John Evelyn, a longtime Bakersfield resident who will turn 90 years old this week. Apparently John is a regular hiker of the Panorama Bluffs and has amassed quite a fan club over the years. The caller said he's headed to Morro Bay to celebrate his 90th and wanted to wish him all the best. Happy birthday John.


* ... BAKO LOVE: If New York can have its ubiquitous "I LOVE NEW YORK" slogan plastered on T-shirts and car stickers, how about a "I LOVE BAKERSFIELD" campaign? At least that was the thought of Ray Dezember, the retired banker and Bakersfield booster who took the idea to Sheryl Barbich, head of the local Vision 2020 effort. Ray wrote a check and Sheryl ordered 5,000 "I Love Bakersfield" car stickers. Expect to see them around town. You can pick them up at the downtown Chamber of Commerce or the Bakersfield Convention and Visitors Bureau. 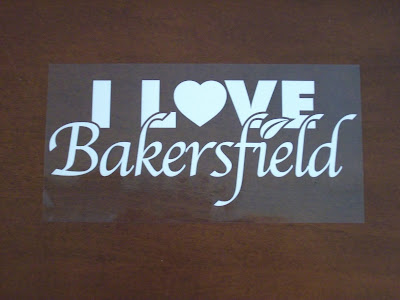 * ... ROAD RAGE: More feedback from my post on cyclists almost being killed by irate drivers on the road to Woody. This from reader Layne Logan: "As much as I'd like to see the guy who tried run  your fellow cyclists off the road get his just desserts, I'm afraid I have to side with (reader) Marty Richardson on this one. It appears to me that (an earlier reader) didn't quite comprehend what Richardson was saying. She didn't say anything about the cyclists doing anything illegal, only that the road was dangerous. While the rise of riding can never be eliminated, it can be minimized. I ride daily, but on wide roads or roads with marked shoulders or bike lane. Just because you're legal doesn't mean you're safe. Being in the right (legally) will be little consolation to you or your family if you end up badly injured or killed (remember Norm Hoffman). As I told my kids when teaching them to drive defensively - you can be dead right." 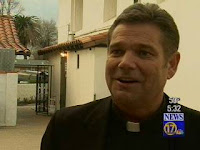 * ... IPAD: Ran into Monsignor Craig Harrison at The Padre Hotel the other afternoon and he was busy showing off his new iPad tablet from Apple. He was clearly impressed with the iPad's impressive array of applications but admitted he was a novice at technology. Father Craig also told me he was preparing for a trip to St. Petersburg, Russia, with 60 other folks from the parish. Cutting edge technology meets old world Mother Russia.

Dave's deli first rate? You've GOT to be kidding. Nothing like any Jewish deli in LA or New York. Good grief.

Regarding your recent bicycle road rage articles: I find some Bakersfield cyclists to be incredibly rude, with a way too I-own-the-road attitude. I drive a Prius, which when under electric power, is very quiet. I have had to slam on my brakes, and swerve my car, to avoid cyclers. Once I honked my horn to avoid running into a cycler who was riding in an ess manner in the middle of the lane in my neighborhood, and received the "bird" as my reward for not running over him. When I ride my bike, I stay to the far right, and yield to cars...after all, they are bigger, and accidents can happen.