* ... JET SKI ACCIDENT: If you have spent any time at the new Padre Hotel downtown chances are you've seen or met Drew Hall, the 31-year-old manager who makes everyone feel at home. Now it's our turn to reach out to Drew, who was in a horrific jet ski accident on Lake Havasu earlier this week. Drew and two other Padre managers were on jet skies when Drew went down and was accidentally hit by another jet ski. (police say no alcohol was involved) Family members say he suffered multiple skull fractures and  may lose sight in one eye, but the worst is over and he is now out of intensive care and in stable condition. His aunt said he is talking, though confused and groggy, and doctors say there are no neck or spinal injuries.  He's currently at Sunrise Hospital and Medical Center in Las Vegas where he was flown after the accident. His parents, who live in Virginia and visited Drew at The Padre recently, flew in to be at his side. A graduate of James Madison University, Drew has worked for the company that owns the Padre for several years and recently was promoted to general manager of the iconic Bakersfield hotel. He had planned to stay in Bakersfield and recently engaged a Realtor to find him a home. Please keep this young man in your thoughts and prayers.


* ... NEW PARTNER : Heard the other day that Matthew C. Clark has been named a partner in the law firm of Chain, Cohn and Stiles. Clark is a graduate of Garces High School and Loyola Marymount University and joined the firm in 2006. He's a graduate of Leadership Bakersfield, helped the Stockdale mock trail team for four years and recently was named to the board of Clinica Sierra Vista. 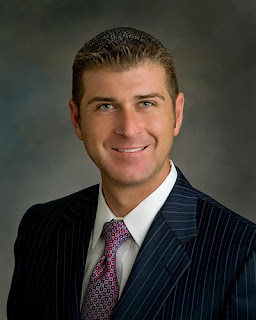 * ... BUCKEYE LOVE: Got a nice note from Dan Schaffer, operations manager at KAXL Radio here, telling about his love for the Ohio State Buckeyes. He actually went to Ohio University but has a Buckeye tree in a large pot on his back patio. "It has a problem with the extreme heat here in Bakersfield, but I try to keep it moist with a mist spray every afternoon at about 3 p.m. in the summer and in the winter, I periodically dump a bag of ice on the soil to simulate snow. The seed that I planed was given to me by a friend who had brought it here from Columbus." Schaffer noted that the music worship leader at First United Methodist Church, Andrew Irvin, is an Ohio State grad. "Go Bucks!" he said. 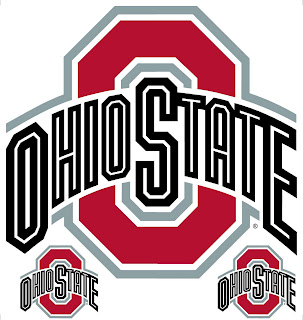 * ... TBC FOUNDATION: I'm fortunate to work for a family who truly believes in giving back to the community. The Bakersfield Californian Foundation represents the family owners (not the company or newspaper itself but rather family interests) and it recently awarded $81,450 in grants to a couple dozen organizations. Among them were the Bakersfield Music Theater, National Alliance on Mental Health, Boys and Girls Club, League of Dreams, Bakersfield Museum of Art, Bakersfield SPCA, Kern Bridges Youth Homes, Paramount Bard Academy and the Bakersfield Police Activities League.

* ... OLIVIER WINS: Heard that Clint Olivier, the former KGET Channel 17 news reporter, won his race for a seat on the Fresno City Council. Janet Beckman, his mother-in-law, says Olivier won with a convincing 62 percent of the vote. Her daughter Alisha is married to Olivier.


* ... OVERHEARD:  Reader Randy Fendrick shares this jewel of a story: "I was standing in line at the bank when a woman on a cell phone next to me was sharing her conversation with everyone within earshot... when she reached into her shoulder hand bag, took out an open bottle of beer and proceeded to take a big swig. Some how your column came to mind." Only in Bako.

* ... BAKERSFIELDISM: You know you're from Bakersfield if  "you remember the name of the theater on Baker Street just south of Kentucky. (The Rialto)
Posted by Richard Beene at 11:41 AM