* ... DOWNTOWN: Want a model on how to revitalize downtown? Then look no further than Visalia, which boasts a wonderful, safe downtown full of vitality and fun. Jim Houck, a former Bakersfield resident who now lives in Visalia, is observing the local debate about creating a special tax district here and wrote this: "It's amazing that a few folks are holding up what could be a great step forward for downtown Bakersfield. Visalia has the most successful downtown in the Valley, and PBID is one of the things that holds it together.. Downtown Visalia is alive six days and nights a week. The fact that there is an active business organization downtown has given it a lot more political clout than it looks like downtown Bakersfield has. I didn't have the sense that downtown Bakersfield has much input to what the city did to Chester Avenue ten or so years ago. Here, not a shovel would have been turned without the input and approval of downtown Visalians." 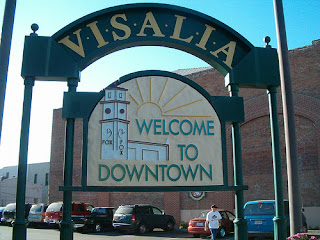 * ... BIG WEEK: This will be one of those busy fall weeks that has something for everyone. On Wednesday night country superstar Carrie Underwood is appearing at Rabobank Arena, and on Thursday evening the restored Padre Hotel is having its grand opening gala. There are still tickets for the Padre red-carpet event, where $125 gets you into the door with all the food and drink on the house. Then on Sunday, Luigi's celebrates its 100th birthday with a huge bash from 11 a.m. until 3 p.m. Tickets are limited and are available at Luigi's website. And don't forget First Friday, when downtown comes alive with the arts. Make sure to stop by Uricchio's Trattoria or your favorite locally owned restaurant to get a start on the evening. 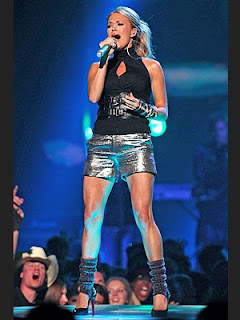 * ... KEVIN: Our local congressman, Rep. Kevin McCarthy,  is in the thick of the fight for control of the House of Representatives in the November election. It's hard to watch cable news without seeing McCarthy, one of the GOP's "Young Guns," sparring with the Democrats over the direction of the country. If the Republicans do take control of the House in November, McCarthy will be in a key leadership position. 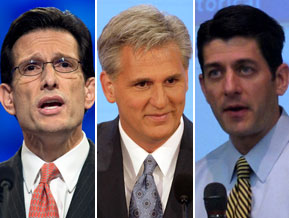 * ... SCHOLARSHIP:  I dropped by the lovely home of Janis and Vernon Varner this weekend for "An Elegant Evening of Wine," an East Rotary event that raised  more than $25,000 for the Joe Alexander Scholarship fund. Meir Brown and his crew from Cafe Med were there doing the catering and a number of wineries provided the drinks. It was a perfect sell-out evening for this event that is now in its eighth year. Spotted in the crowd were incoming District Attorney Lisa Green and husband Jeff, Bank of the Sierra senior vice president Michael Olague and wife Christine, City Councilman David Couch, CSUB President Horace Mitchell, accountant Geoff King, businesswoman Molly Busacca, CASA development manager Teresa Fahsbender and husband Bryan, potato farmer Brian Kirschenmann and wife Katie, event emcee Phil Icardo and wife Suzanne, among others.

* ... MEMORY LANE: Barbara Miner sent this missive about growing up in Bakersfield. "You could walk from Brundage Lane to where the Circle is today on Chester Avenue. You could walk out of a movie theater in the summer and crunch, crunch on June bugs that were all over the sidewalk. Packing a lunch when riding your bicycle out to Stockdale, because it was 'way out in the country.' Brundage was just a two-lane road then. The street crossing signals used to have an arm that would come up for when to stop."

* ... SPOTTED: Used diaper rolled up and sitting next to the curb at Beach Park Saturday morning, not 20 feet from a trash can.

* ... BAKERSFIELDISM: This from my friend Jeff Green: "You know you're from Bakersfield is you remember Garces teacher Miss Smile and her dog Peppy and you were sent back to row F."
Posted by Richard Beene at 7:22 AM

Look, why not have your graphics designers make a map of every place a dirty diaper is dropped by some low-life sleaze parent who frequents public parks. We all want to know...JK!
Instead, we hope you're carrying a supply of pooper-scooper bags so you can "do the right thing" and get it into the trash can yourself. Or maybe you'll organize a regular clean-up of Beach Park among your friends, co-workers, and business friends. Given your scope of friends and acquaintances, this could become a remarkable, uplifting community event. Because getting regular "DDDRs" (dropped dirty diaper reports) is unlikely to influence the people who do the dropping. One imagines they don't read. Be the change, Mr. Beene, be the change.

Okay okay... you might be right I am a tad obsessive about this issue and - you will be happy to hear - I do dispose of the diapers when I find them.

We can sleep well tonight, knowing you are on dirty diaper detail.

But please, no more DDDRs. Point made. Shall we move on to discarded beer cans?