Remembering with the Civic hosted the Rolling Stones, the Jefferson Airplane and so many other rock favorites

* ... BASQUE PRAISE: The new edition of the LA Weekly threw Bakersfield some love, focusing on our Basque restaurants as well as our unique character. Writer Jonathan Gold, a former Los Angeles Times writer, noted he has a soft spot in his heart for our community.  Wrote Gold: "Bakersfield, a scant two hours away, offers the not-inconsiderable pleasure of being in a place that is neither Los Angeles nor part of greater Los Angeles, a town that is thoroughly Californian but can also feel a lot like the good parts of Oklahoma. It's the home of the Bakersfield Sound, the Merle Haggard/Buck Owen/Rose Maddox thing that brought a bit of grit back to country music, and without it the radio now would probably sound even more like Taylor Swift. But mostly, at least for me, there is the old-fashioned cooking at one of the city's Basque dining halls, huge, multicourse feasts originally intended for the Basque shepherds staying at the local boardinghouses. They have become so popular that the few sheep men who show up are treated like local celebrities." (photo courtesy of the LA Weekly) 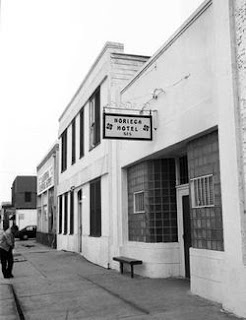 * ... CONCERTS: Old friend Rick Kreiser, owner of Carney's Business Technology Center, dropped me a note after reading about the rock band The Doors appearing at the Civic Auditorium in 1968. Not only was he there, but it prompted a flood of  memories when famous bands regularly showed up at the Civic. "How about half-way up left center to catch the Beach Boys and Jan and Dean with my Janzen shirt, baby blue Levis, and Converse low tops (all from Bud Johnson's in Hillcrest) with my mother! Or perhaps sitting in Orchestra Row T, seat 1, for the greatest rock and roll band in the world (still)... Mick and the boys in July of 1966 with the Standells, McCoys and Trade Winds opening the show. I painted the entire outside of our College Heights house in exchange for the price of a ticket ... six bucks!" Finally, Kreiser remembers when Civic manager Chuck Graviss pulled the plug on Grace Slick and the Jefferson Airplane during the haunting rock ballad 'White Rabbit' at the stroke of midnight, resulting in the rock goddess leading a few hundred angry fans down Truxtun Avenue to show the police how unhappy they were."Thanks for the memories, Ricky. 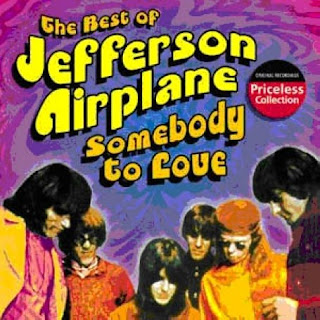 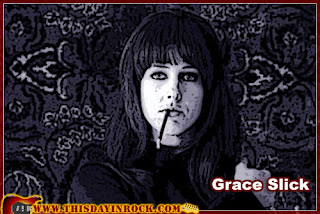 * ... CARNIVAL: Al Sandrini, manager over at Sundale Country Club, wrote to remember the old carnival that once entertained thousands down near the Kern River. "I can't say I am 100 percent correct, but I think the carnival at the river was set up just about where the 24th Street exit from northbound 99 is located," he said. "I remember that we would walk from the carnival and go into the river and walk out and cool off. The water at this point was about two feet deep and ran very slowly."

* ... MEMORIAL RIDE: Friends of the late Paul White, the retired educator who died of a heart attack while riding his bike last week, have established an educational fund in his name to help struggling young teachers at the Panama Buena Vista School District. To raise money for the fund, the first Paul White Memorial Bike Ride will be held on Saturday, February 26, at Yokuts Park. It will start at 9 a.m. and head out to Hart Park and back, riding past Greenlawn Mortuary and Cemetery on Panorama where he is buried. The cost is $20 per rider. Interested? Contact Margaret Patteson at margpatt@sbcglobal.net or just show up at 8:30 a.m. on the day of the ride. 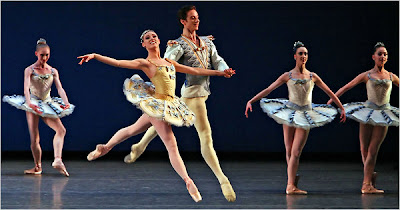 * ... BAKERSFIELDISM: From reader Jack Kelley: You know you're a Bakersfield old timer "if you remember the River Theater in Oildale, which later became Buck Owens' recording studio."
Posted by Richard Beene at 11:25 AM