* ... TUITION: Chilling news out of the office of the University of California president Mark Yudoff. Calling it a "nasty scenario," Yudoff is warning that UC students may face a 32 percent mid year hike in tuition if Gov. Jerry Brown's plan for tax extensions is not approved. And that would come on top of the 8 percent tuition hike set for this fall. UC tuition is expected to go to about $11,000 in the fall and if the 32 percent hike goes into effect, it will rise to $14,800. The CSU system is facing similar challenges and is warning of waiting lists, cuts in course offerings and even enrollment caps. None of this is good news in the midst of high unemployment, tight credit and a struggling economy.

* ... SHERWYN RETIRING: It looks like this is the final year of teaching for Art Sherwyn, the long-time educator, artist and tennis coach. Sherwyn is one of the staples on the local art scene and his work has been shown across town, from the Bakersfield Museum of Art to Metro Galleries on 19th Street. But he is also well known for his long career in the classroom, most recently at Stockdale High School where he taught art as well as coached the successful Stockdale girls tennis team. He may be out of the classroom, but he will be around town. If you haven't checked out his website, you can do so here. 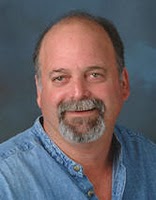 * ... SPORTS MONDAY: You'll see some changes in the daily Bakersfield Californian starting Monday with the debut of "Sports Monday." We will be featuring expanded sports coverage and on most days the front page will be devoted to sports as well. We will continue to offer all our regular news and features but with an expanded emphasis on sports. Let us know what you think.

* ... NEW EATERY: It looks like there is a another new restaurant opening downtown, yet another positive sign in the resurgence of our arts district. I am told that two local doctors - Mark Hamilton and Lee Marek - are renovating the 19th Street space once occupied by Goose Loonie's and the ill fated Victor  Victoria's. Called "The Mark," the new restaurant will open in the fall and the style will be in the tradition of the old Maison Jassaud's.

* ... MEMORY: Reader Jean Burdette to wrote to recall when her family would cross town "to get an ice cold Reed and Bell root beer - the best! - a little mug free for the children. I still have one of the mugs somewhere."

* ... CAL RADIO: Join me Friday at 10 a.m. on SmartTalk 1230 Californian radio when I will be chatting with Gene Thome about gun rights and what is hot in the shooting sports. Gene owns Bear Mountain Sports and is active in the sporting community. If you can't get to a radio, Google "Radio Time" and listen to the program via your computer.

* ... BAKERSFIELDISM: And loyal reader Linda Welch added this one: You might be a Bakersfield old-timer if you remember "when Zody's Department Store opened and Buck Owens was there along with the Dallas Cowboy cheerleaders."
Posted by Richard Beene at 3:24 PM

"... in the tradition of the old Maison Jassaud's." ?!!! Fantastic. I hope there is plenty of brass, leather, and wood. Bakersfield doesn't have a steak/chop house since Lemucchi's traded hands.

Eastside Rotarians: Please reconsider and go home. There are plenty of venues on the eastside or are you considering changing your name to the Central Rotary Club?