Is Bakersfield's housing market starting to rebound? And lamenting the thieves who stole a family puppy

* ... GOOD NEWS: Ready for some good news for a change? A new report from a California research group says that Bakersfield's housing market is starting to rebound. According to California Business Minute, Bakersfield ranked No. 2 on a list of ten cities whose housing markets are expected to grow by at least 3 percent this year. Orlando was in the top spot with a market expected to grow by 11.7 percent, and Bakersfield was close behind at 11.1 percent. Filling out the top ten were Washington, D.C., Phoenix, Miami, Tampa Bay, Dallas, Jacksonville, Fla., Cleveland and Honolulu. 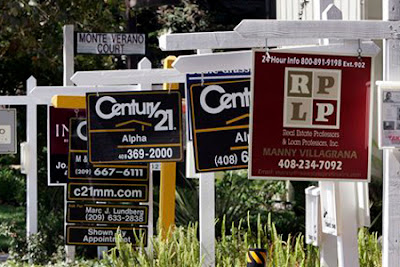 * ... BURGLARY: Burglaries across our town - and no neighborhood is immune - are far too commonplace but one the other day left me fuming. Turns out someone broke into a garage and attached play room behind a downtown residence and stole some electronics. But they also took the family's pet, a 3-month-old Labradoodle, a deed low enough to make anyone sick. As another neighbor said, it was a "despicable" deed.

* ... SOUTHWEST BASEBALL: The Cal State Roadrunner baseball team is holding a development clinic for young players out at Aera Park this weekend. The clinic, which runs from 8 a.m. to 11 a.m. Saturday, is open to players of all ages and is another example of the college reaching out to the community. And speaking of Southwest Baseball, did you know that the organization donates money to local charities every time it holds a tournament? Some of the groups that will benefit include the Police Activities League, the Juvenile Arthritis Foundation, Bakersfield Rescue Mission and Bakersfield Homeless Shelter and the Boys and Girls Club.

* ... GOOD SERVICE: When you think of good service, the U.S. Postal Service is rarely mentioned. But Lori Newby wrote to remember some excellent customer service she received from the Post Office on Brundage last December. Turns out she had mailed eight cards with insufficient postage, but three Post Office employees worked together to locate them. "Later that afternoon, after I had gone home for the day, my husband called to tell me Juanita from the Brundage Post Office called and had located the cards and held them so he could add the additional postage. When the term 'good service' is used, seldom does the Post Office come to mind. However, I have since learned that the postal workers at this particular branch, on their own time, contribute to the community in various ways, not the least of which is answering those precious letters to Santa. So to John, Bev and Juanita, and all their co-workers, thank you for all you do."

* ... SPOTTED: From reader Rhaya Lemons: "A couple days ago I was driving west on 178 (and) a blue Honda was in front of me, weaving. At first I thought she was a drunk driver until she went across all three lanes to make the Golden State off ramp, almost causing a wreck ... head down and texting the whole time. Could have been way worse. Good thing traffic wasn't too bad."

* ... SPCA: If you want to help the plight of abandoned dogs and cats remember the annual Bakersfield SPCA "Furry Paws and Foggy Nights" fund raiser set for Friday, February 24. It's always a good show with plenty of food, music and live auctions. This one will be held at the Petroleum Club. Call (661) 323-8353 (extension 2) for information on tickets.