* ... CHAMPIONSHIP SEASON: There will be a special reunion tonight (Wednesday) bringing together many of the players and coaches of arguably the most successful Bakersfield College basketball team ever to take the court. It's all built around the theme "The Unforgettable Season," a sentimental nod to the incredible 1978 team that boasted 11 of the 13 players from Kern County and ran up an impressive 33-2 record. There will be a reception from 6:30 p.m. to 8 p.m. on the terrace above the recently refurbished gym floor, and all former BC Renegade players - men and women - are invited. Some of the honored guests include former head coach Ralph Krafve and former Athletic Director Herb Loken.

* ... SUPER BOWL: Did you know that the Monday after the Super Bowl is known as the highest employee absenteeism day of the year? Apparently so many employees "sick out" after the big game revelry that many companies take the unusual step of reminding employees not to abuse their sick time privileges.

* ... OVERHEARD: A businessman sharing a joke at lunch: "I want to die like my grandfather, asleep. Not like those two screaming passengers in his car that night."

* ... TAXES: It looks like California voters may be greeted with competing proposals on the November ballot to raises taxes. There are now at least three initiatives under way to put a tax hike proposal on the ballot, including one that would raise taxes on those earning more than $1 million a year. Some analysts believe voters will be confused by so many competing initiatives and will simply vote against them all.

* ... SALVAGGIO: Kudos to Mark Salvaggio, the former city councilman who has been appointed to the Kern County Fair Board. Salvaggio spent 19 years on the council and was always a straight talker with a strong independent streak. 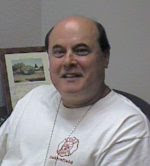 * ... SPOTTED: Man driving an older maroon Ford van down H Street with a small mixed breed dog plus a toddler sitting on his lap, two other children and a woman in the front seat and two more children in the back, one of whom is unbuckled and standing up leaning against the side window.


* ... JEWELRY SHOW: The jewelry of Diana Campbell-Rice will be on display at the Metro Galleries on 19th Street Wednesday evening. There will be live music featuring Kama Ruby, wine and finger food. Perfect for a Valentine gift. A portion of the sales will benefit the Bakersfield AIDS project. The show runs from 5 p.m. to 8 p.m. 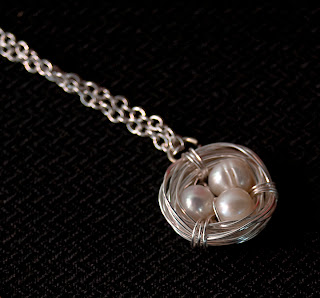 * ... GOOD SERVICE: I have enjoyed reading the weekly stories in The Californian highlighting outstanding servers and waiters at local bars and restaurants. These folks work hard, don't make a lot of money and have little to show for their efforts. Another group of cheery workers are  the young ladies who work at the downtown Cruz Thru Express Car Wash on 24th Street, who invariably greet everyone with a smile.
Posted by Richard Beene at 2:52 PM