* ... RAY YORK: It's not every day that you meet a former jockey who rode to victory in the Kentucky Derby. But that's what happened to Sheri Horn Bunk, head of the Taft College Foundation, when she found herself talking to the great Ray York the other day. Bunk met York through Taft businessman Bob Hampton. Turns out York, who rode Determine to victory in the 1954 Kentucky Derby, lives on a horse ranch off Highway 119. Always the promoter, Horn won a commitment from York that he would attend North Rotary's annual fund raiser on April 13 at Seven Oaks Country Club, appropriately named "Dinner at the Derby." If anyone is interested in tickets, call Linda Pounds at (661) 619-3344. 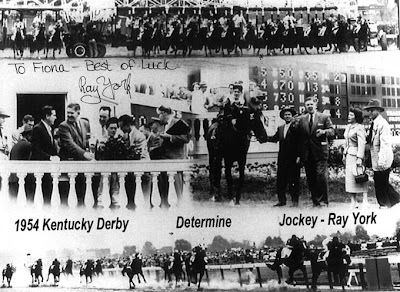 *  ... CULTURE SHOCK: We are all used to seeing tumbleweeds blowing about during our windstorms, but not everyone is so amused. Consider this note from reader Carl R. Moreland: "My wife Mary and I were driving down Panorama Drive toward downtown Mexicali with our 10 year old twin grandchildren, Bryn and Thalia, who were visiting from Walnut Creek. At the turn near Garces, all of a sudden one of them became very excited and shouted: 'Look at the big brown balls!' Both girls were amazed at the sight. We finally realized that they were watching tumbleweeds rolling down the street. Very unlike the Bay Area."


* ... FIRST FRIDAY: Make sure you remember for another First Friday this week when the weather promises to be perfect for an evening downtown. I rarely miss this monthly celebration of downtown, and if you haven't been, here's my recommendation for a perfect evening: start with dinner at one of our downtown restaurants. I prefer Uricchio's Trattoria, where you are always greeted with a smile and treated to an excellent Italian meal at reasonable prices. Then stroll the streets in the arts district and enjoy the street musicians and crafts displays, and stop by the antique and specialty stores in the 19th Street corridor. Don't forget The Metro Galleries on 19th Street, where owner Don Martin will be featuring there works of local artist Claire Putney in a show titled "Wish you Were Here." (The show is sponsored by the law firm of Chain, Cohn, Stiles) And finally, grab a nightcap at The Padre, the Alley Cat or even the bar at Uricchio's to end the evening. 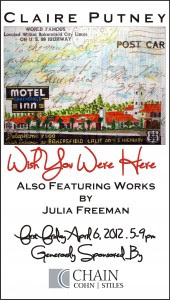 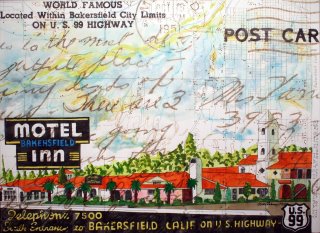 * ... PAJAMAS: A reader dropped me a note to ask if I could "stand one more chapter in the nightwear saga," to which I replied, why of course! So here it is: "Many years ago my sister-in-law and her daughters, who were chronically late, were rushing off to West High in an effort not to be late again. Unfortunately, my sister-in-law was wearing a see-through baby doll shorty nightgown when she ran out of gas on the way home. This was pre-cell phone days and needless to say, whomever she got to stop to help her got an eye-full. Too, too embarrassing.

* ... SPOTTED: Teresa Hammett submits this example of having a good neighbor: "Sighted, (on more than one occassion), a mature gentleman walking his black and white dog in the lower Country Club neighborhood of East Bakersfield. This responsible citizen enjoys a good walk with his dog and keeps a grocery bag handy for any trash he sees. I don't know his name or where he lives but I just wanted him to know that his neighborhood walk and litter patrol is much appreciated by his neighbors."

Posted by Richard Beene at 1:56 PM