Get ready for the Amgen Tour of California and who was the woman stealing the snap dragon from the gas station?

* ... AMGEN: I stopped by Rabobank Arena earlier this week for the kick off reception of the Amgen Tour of California bicycle race coming in May. Kerry Ryan, owner of Action Sports and one of the key drivers in getting this prestigious race back to Bakersfield, predicted 30,000 people will line the Panorama bluffs to watch the May 17, State 5 time trial showcasing some of the world's best cyclists. Spotted in the crowd were Rabobank's Andy Peterson, local attorney and cycling booster Jay Rosenlieb, City Manager Alan Tandy and wife Kate, City Councilman and supervisor candidate David Couch, Memorial Hospital's (and city councilwoman) Sue Benham, City Councilman Harold Hanson, KBAK TV sales manager Scott Meeks, Action Sports' Sam Ames and wife Andrea, City Councilman and State Senate candidate Rudy Salas, KBAK reporter Keisha Courtney, and David Lyman of the Convention and Visitor's Bureau. 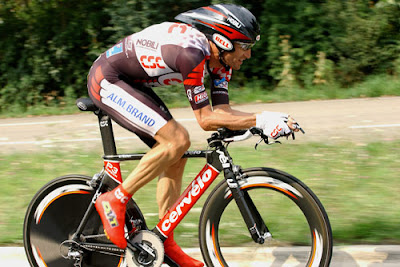 * ... SPOTTED: Gail Oblinger submitted this eyewitness account of some really bad form about town. "The gas station at the corner of Mt. Vernon and University has flowerbeds filled with a lovely selection of spring blooms. While passing in my car Sunday, I noticed a woman bent over with her hands in the flowers and I thought. 'What a shame, she looks like she is picking some.' After I had finished my errand and drove back down the same way, there she was walking along the street. It was worse than I had thought. She had not picked some flowers, she had completely dug up a good sized, yellow snapdragon plant, and was carrying it upside down by the root ball!"

* ... OVERHEARD: At Trader Joe's recently an impatient woman is heard complaining to her boyfriend about the customer in front of her: "The woman is writing a check and it's taking forever! Nobody writes checks anymore!"


* ... LAST WISH: This may be highest compliment if you own a restaurant. The Home Depot Rosedale taco stand, owned by Yvonne Torres for the past three years, is well known for its chile verde. But not even owner Yvonne Torres could dream it might be a dying man's last wish to dine on your chile verde. Torres said she was approached at her taco stand by a strange woman recently. "She had been crying and said her father was dying... in the morning her father had Pappy's for breakfast, for lunch he wanted Cafe Med, for a snack he wanted Dewar's ice cream and for dinner he wanted chili verde from Home Depot. Now I feel honored my chili verde was chosen for a man's dying wish... I am truly honored."

* ... DID YOU KNOW? Did you know that members of the Kern County Union High School class of 1938 meets regularly at Woolgrowers?  That's a lot of memories to share.

* ... BABY ON BOARD: Congratulations to Melissa (Lissa) Dignan, the former KERO TV weather forecaster who recently learned she is pregnant with her first child. Dignan is married to Brian Dignan, who is a coach with the Bakersfield Jam. Lissa said the baby is due in November. Always the animal lover, Lissa said the baby will have a "big sister" in her beloved weather dog Shelby. 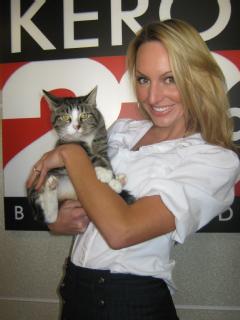 David Lyman is quite a cheerleader for our community.

I agree, Dr. Lyman is a great BFL advocate.