Readers tip a hat to Chalet Basque and medical marijuana will be the focus of Californian Radio, KERN 1180

* ... CHALET BASQUE: The son of J.B. and Marie Curutchague, former owners of the Chalet Basque, dropped me a note on behalf of his parents to thank their customers all through the years. Christian Curutchague says his father is suffering from a rare disease that has symptoms of both Alzheimer's an Parkinson's, but he is alert enough to remember his years at Chalet Basque. "If you ask them what they miss most about the restaurant business, they will always respond, 'we miss all the wonderful customers we grew to know and love throughout the community and beyond.' Today they look forward to when dad has a good day." When a reader mentioned Chalet Basque in this blog, Christian said it triggered a "bombardment of phone calls from former employees, family and friends. You can’t imagine the joy and happiness my parents felt and will continue to feel." 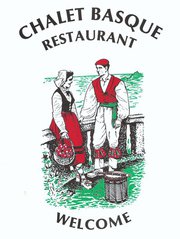 * ... CANNABIS: The debate over medical marijuana is showing now signs of abating, and Kern County voters will likely be deciding its fate at the ballot box. Law enforcement generally hates it, believing that cannabis storefronts attract crime, but others believe it's time to accept it for its medicinal attributes. On Monday at 9 a.m., join me on Californian Radio KERN 1180 when I will be speaking with Jeff Jarvis, one of more vocal proponents of medical cannabis, who will give us his perspective on the debate. 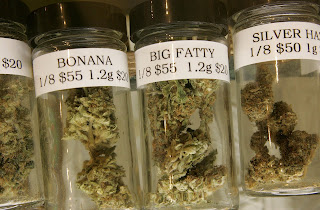 * .... PAJAMAS: Pat Gracey of Tehahapi doesn't really care if folks wear pajamas when they take their children to school, but she does add this caveat. "In 1943 my mother took my father to work at 6 a.m. and was wearing her white chinelle house coat (robe). Innocent enough until another lady, also in said nightwear rear ended our 1937 Lincoln Zephyr on Chester Avenue. Only the bumpers were entangled and both ladies were, in their nightdress, out jumping on the bumpers trying to disentangle them. A man came by and completed the task for them. With that picture in mind, I never drive a 'foot' or a 'mile' without being completely dressed."

* ... SPOTTED: Friend Pete Wonderly posted this on his Facebook page: "To the woman driving slowly and erratically on 178, while eating a hamburger and texting: Jesus loves you - but I sure don't."

* ... JAMES MCKINNEY: If you are a Bakersfield old timer you no doubt know the story of James McKinney, the outlaw who shot and killed two law enforcement officers in downtown Bakersfield back in 1903. Reader Linda Polston wrote to say that it was her great uncle, John Kelly, who helped organize the posse that tracked down McKinney at the old Chinese Joss house. McKinney was killed but not before he took down Deputy Sheriff Will Tibbett and Constable Jeff Packard.