Is an Apple Store headed to Bakersfield? And Westchester is hit with a rash of car and truck thefts

* ... APPLE STORE: It looks like Bakersfield may finally get an Apple Store after all.  Apple has yet to announce it and no word on where it will locate, but it seems clear Apple is coming. Local attorney Mike Abril tipped me to a job posting on the networking site LinkedIn advertising for employees for a new Apple Store coming to Bakersfield. And Abril told me an employee of an Apple Store in Los Angeles confirmed that the company is indeed opening a new outlet here. One commercial real estate broker speculated Apple might end up in Valley Plaza. 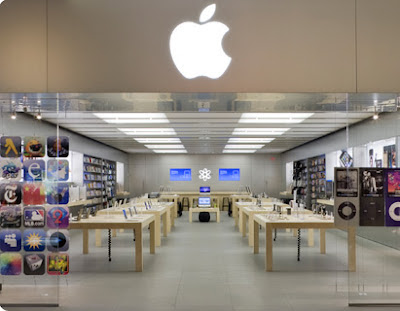 * ... THEFTS: The downtown and Westchester neighborhoods have been hit with a rash of auto thefts, no less than a half dozen stolen in the last week. In one case, a woman who cares for rescued dogs awoke to find her 2004 Silverado pickup, hooked up to a rental trailer with 1,600 pounds of donated dog food, gone along with her black 2004 black Saab. Both cars were alarmed, which tells me this isn't the work of amateurs.

* ... RUBIO: Join me Monday on Californian Radio KERN 1180 when I will be chatting with state Sen. Michael Rubio about the recent elections and what that means going forward. The show runs from 9 a.m. to 10 a.m. 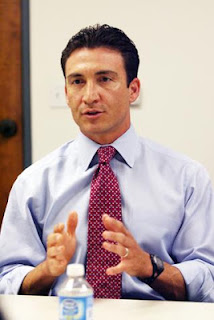 * ... OVERHEARD: A local businessman talking to a friend: "She wants to take me out to lunch for my birthday but she's so broke she has to borrow money from me to do it!"


* ... BIKE PATH: Longtime KERO TV anchor Jackie Parks has two young children and she shared with me her frustration over how some folks use the bike path. "I'm concerned and frustrated by the number of parents who use the bike path as an outing for toddlers. A few weeks ago I almost ran over a child who was learning to walk near the side of the path. And today the rider in front of me had to slam on his brakes to avoid hitting a child who was walking IN FRONT OF HIS OWN STROLLER. Shouldn't there be some rule about this since parental common sense doesn't seem to be enough?"

* ... MORE PREFIXES: Gene Bonas added this thought to the discussion on prefixes: "I thoroughly enjoyed reminiscing about the phone prefixes that I knew growing up in east Bakersfield.  It also reminded me of a game a group of us would play called 'play the busy signal.'  Several neighborhood guys would get together and dial our own number.  When we got the busy signal, between buzzes you could talk to others playing the busy signal.  We'd give out our phone number and wait.  In a few minutes a girl would call and a conversation would ensue.  We met a lot of girls this way... Often they attended the same schools we did.  When we met, we usually met at the miniature golf course by the Green Frog Market on Alta Vista.  The golf course is no longer there, but playing the busy signal was some fun."

IF there were such a thing as "parental common sense", many of those folks with reproductive capability would never have children. Alas, they breed like rabbits, and are about as responsible.

Speaking of the bike path, how about the fund-raising walks in which massive groups of walkers/runners walk without a clue that bicyclists may also be on the path. Cases in point: Last Saturday when walkers in some spots were spread four-abreast, allowing no space for bikes to pass, and parents who were letting their young children walk/wander anywhere, without holding the kids' hands. While another "walk" was conducted last year, we had to stop for a parent pushing a baby in his/her stroller while reading telephone/texting and walking squarely into oncoming bicycle traffic -- she, too, was walking with three or four others, completely dominating the path, utterly unaware of her surroundings and bikes heading head-on at her. How about these walk organizers place volunteers along the way to encourage walkers to stay safely out of riders' paths?

The path is a bike path and I don't mind sharing the path with walkers, runners and what or who ever would like to use the BIKE path. I do however have a problem with the brain dead individuals who do not show the least bit of common courtiosity when on the BIKE path.

It's not a "Bike path" but a city park to be used and shared safely by everyone.