Hundreds march on Rep. Kevin McCarthy's office to press for immigration reform: great political theater but was it effective? And get ready for the fifth annual Latination at The Metro Galleries

* ... IMMIGRATION: It was some interesting political theater this week when protesters marched on Congressman Kevin McCarthy's office to press for immigration reform. It was a mix of local residents and folks bused in from other communities, and many of them were wearing the red solidarity colors of the United Farm Workers. I can't help but wonder if turning this into a UFW rally might backfire politically in McCarthy's conservative district. If you really want to get McCarthy's attention, it might be more effective to gather some of the big name local growers who support real immigration reform (they view it as an economic necessity) and have them meet quietly with the congressman to press their case.

* ... LATINATION: One of the most popular art shows in town is coming up on Friday, September 6. It will be the fifth annual "Latination," a celebration of art and culture that always attracts some world class entries. It's the brainchild of Don Martin, the owner of Metro Galleries art center and the creator of the First Friday events. This year there will be a kid's category as well. Downtown will certainly be popping so make your reservations now at one of the many locally owner eateries downtown (Uricchio's Trattoria, Chef's Choice Noodle Bar, The Mark, The Padre Hotel, Muertos etc). Valley Republic Bank is sponsoring this year's Latination. The deadline for entries is August 27. 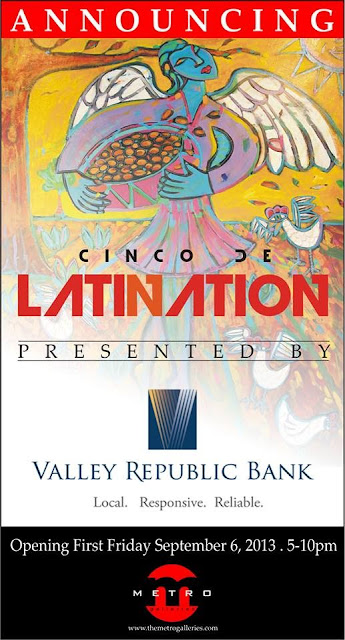 * ... PARKWAY TRASH: Well that didn't take long. The Westside Parkway has been opened less than two weeks and already the litter has started to appear. Plastic bags, dozens of paper towels and a broken red plastic chair were among the items I spotted on a recent cruise down the freeway. Said reader Janice Yackovich: "It's disgusting to see this beautiful new freeway littered in such a short amount of time. Do some irresponsible citizens not even care about keeping Bakersfield beautiful?"

* ... GOOD FORM: Juli Marta is a teacher at Longfellow Elementary School and shared this story that reflects well on our community. She was shopping for school supplies at the Target on Rosedale Highway recently when something unexpected happen. "While the checker was on the phone I was unloading the items from my cart. The checker began to ring up my items while she waited on hold for the customer in front of me. My bill came to $45. The lady in front of me asked if I was a teacher and I told her I was. She proceeded to take out a hundred dollar bill and insisted on paying for my purchases! She said that she was not a teacher but had many educators in her family. I was so flabbergasted I feel like I may not have properly thanked her. It was so nice to have someone acknowledge the importance of teachers!"

* ... BEALE MARKET: Another memory about the old Beale Park grocery store known as Gus's. Said Stephanie Forsythe: "Gus's was a favorite haunt as a kid. We could take pop bottles in and get candy... Jerry (Kirkland) mentioned driving through the area and seeing the store is now an overgrown field, so I thought I would share what happened to it since I still live on the same street I grew up on. The store was eventually turned into a dwelling, long after Gus and his wife Sally passed away, and sadly a few years ago it went up in flames... the people who had lived there had their PGE turned off, so they illegally hooked up a hose directly to the gas meter and POOF it went up. I could see the flames from my home and went to see what was burning. As I stood and watched the blaze, I watched my childhood memories burn with it. It was a sad night for me, and I remember thinking while I looked at the others watching, that I was probably the only one there that night who knew about Gus and his little store."