Bako Bits: Remembering the kindness of Jack Saba, clothier on Baker Street, and welcoming in the fall season of charity barbecues

struggles of a 21 year old just starting a career and by financing their own credit, they made it possible for all of us to get our proper start in law enforcement. Several times I accompanied Al Saba to the CHP academy in Sacramento, where he made certain that every newly hired officer had each uniform essential, never questioning the creditworthiness of those young officers. Jim and Jack provided the same unselfish level of service to officers in Kern, Kings, Tulare, Inyo, Mono, San Bernardino and San Luis Obispo counties. The Saba family demonstrated the epitome of trust and service in the Bakersfield community.During the late spring and summer of 1969 I was assigned to walk the Baker Street foot beat. During that time, the back door of Saba’s was always open. Whether for a drink of water, or a shady respite, we all knew that we were welcome there."

* .... FALL: Fall is arguably one of the nicest times of year in Kern County, not only because of the changing temperatures and colors of the leaves, but because it signals the arrival of the annual season of fundraising through charity barbecues. There are a number of them - Garces, Cal State, and this year a new BBQ fundraiser joins the pack, and may perhaps be the most important. Mark your calendar for Thursday, October 10, and the first Fall BBQ at St. Vincent de Paul Homeless Center, 316 Baker Street. Famed Harris Ranch New York steaks will be served by grill masters Gary Icardo and crew. Tickets are $25 and can be purchased at St. Vincent's Thrift store on Baker, or by calling chairwoman Deborah Leary -(661) 872-1543. Valet parking and take out will be available, and this may be the best $25 you spend this fall. Proceeds from this inaugural event will benefit the center which has been helping the most vulnerable in our community since 1954. 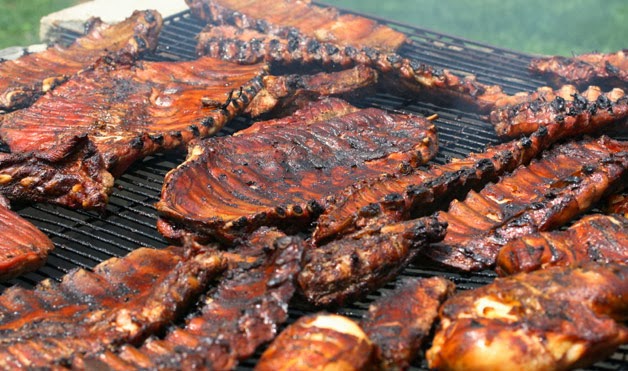 * ... OVERHEARD: A young woman in line at Starbucks is talking to a friend: "There should be two lines. One for those of us who still drink coffee and a second for people who order milkshakes for breakfast."

* ... GOOD FORM: Another example of how far human kindness can go in touching people. Shirley and Ernie Brazel were at the Black Angus Restaurant last week and were watching a young family at a nearby table. As the family was leaving, the father told the Brazels they were headed to the fair and the kids were eager to ride sheep. "As we finished our delicious meal the waitress informed us that the man had paid our dinner check and wished to remain anonymous. As senior citizens we wish to thank him as he reads his morning Californian. What a wonderful kindness. It really made our evening very special and his 'anonymous' name is added to our daily prayers."

* ... TRASH: It's hard to find a street in town that is littered more than the ramp that connects Panorama Drive with northbound Manor Street. Years of litter have accumulated along both sides of the road, making it one of the more unsightly stretches of road in town. 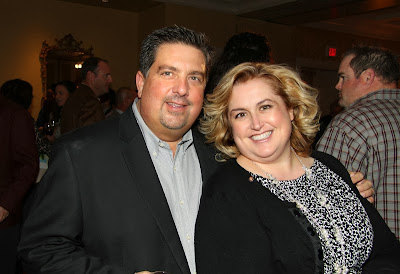 Richard, thanks for your input on the trash at the Panorama ramp northbound onto Manor. On Friday,the City will be dispatching our crew from the Bakersfield Homeless Center to clean up this ramp. Now that we're having such success picking up litter on the freeways and Westside Parkway, we've built a few extra hours in our schedule that allows us to look at other hot spots. If your readers have hot spots they want us to consider, they can call 86-CLEAN and we'll see what we can do.