The best image from the government shutdown: World War II vets pushing back barriers to visit the WW II memorial in Washington, D.C. And a woman searches for her beloved lost Yorkie

* ... HONOR FLIGHTS: One of the more inspiring images to come out of this regrettable government shutdown are the dozens of military veterans crossing the barricades to view the World War II memorial. Two groups of Honor Flight veterans, one from Mississippi and one from Michigan, removed the barriers the National Park Service had erected to keep people out. The irony, of course, is that these men and women are visiting a memorial that honors their own service. And why the government felt the need to "close" the memorial by erecting barricades is beyond me. They are, after all, memorials erected outdoors so folks can view then on their on time and schedule. Finally, it is worth noting the federal government contributed just $16 million of the $197 million price tag to build the World War II memorial, the rest paid for by veterans, corporations and other taxpayers. 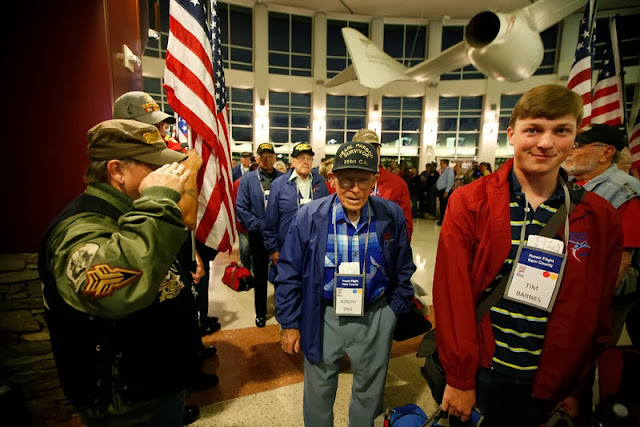 * ... LOST DOG: A small Yorkie that belongs to a disabled widow has apparently been stolen out of her yard. This all happened about two weeks ago when the woman's neighbor was having a well attended garage sale. The woman walked outside to go to her mailbox and was followed by her two-pound Yorkie. When she noticed it was gone just minutes later, neighbors launched a search but it could not be found. Said a friend: "We live in a gated community (off Stockdale Highway) and this dog is her life," she said. "Someone picked up this dog and left with it. It is like the kidnapping of a child; it is all she has." The dog is chipped, collared and goes by the name Fancy. There is a reward offered. If you see this dog, call (661) 549-6733.

* ... MOUNTAIN LION: My earlier blog posts about bobcats and mountain lions being spotted in the Southwest sparked this note from reader Mary Lewis. "About two months ago I thought I saw a mountain lion in a field on Brimhall and Coffee. Shortly after that my neighbors cat disappeared for three days only to return scared to go outside. Then my cat disappeared for a few days, returned injured and scared to leave the house. Obviously something was out there. Two weeks ago my daughter was in our front yard with our cat at 11:30 p.m. when she heard a loud roar coming from the field behind our house. She and the cat ran inside. So was it the bobcat or could I have seen a mountain lion?" 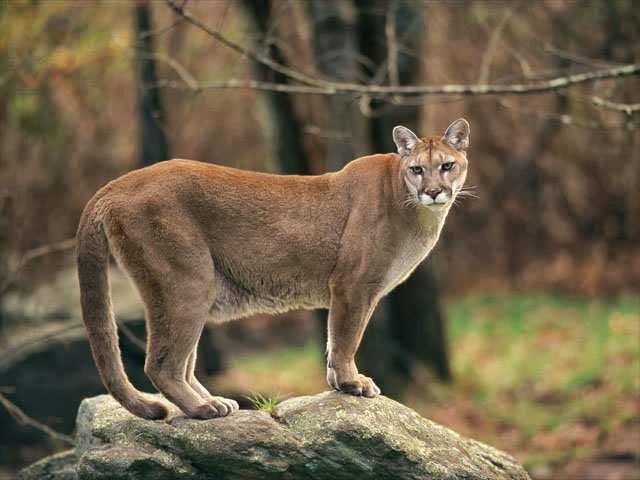 * ... GOOD FORM: With all the issues facing our stray animals, it's good to hear the story of a woman named Kathleen Davis and what she has done to help a stray dog off Porterville Highway. Coworker Linda Lincoln told me Davis spotted the emaciated dog "weaving along the road, nearly starved to death, scars all over his body, and a long chain around his neck. Kathleen called him ‘Big Head’ because of his emaciated body. Kathleen sees to it that he has fresh food and water daily. At first, the dog was very wary of her because of the abuse he was subjected to, now Big Head runs to her, grabs her legs to prevent her from leaving, and wants to play with her. The chain has fallen off the neck and his hair has grown back in! We worry about the dog going through another winter living in a culvert.  We are desperately trying to find a forever home for ‘Big Head.’ If anyone is interested he will come with all his shots, will be neutered, and with a dog house... I am proud to call Kathleen Davis my friend!" If interested you can email Davis at katbutch@yahoo.com

* ... FIRST FRIDAY: I got a sneak peak of some absolutely stunning art that will be on display at First Friday. The work is the product of David Gordon, a former employee of the Bakersfield Museum of Art whose art continues to evolve as it captures not only Kern County, but Los Angeles and San Francisco as well. The show is titled "Further" and 30 pieces will be displayed at The Metro Galleries on 19th Street. It is well worth checking out.

It is a bobcat. It is out there all the time.