* … PETS: The way some people treat their pets, like disposable diapers, is beyond disheartening, but every once in a while we hear something that gives us hope. Over at the City of Bakersfield Animal Care Center, veterinarian Robert Duquette sent me this note: "We are always appreciative of the many rescues that help us rehome our furry friends but The Kern Project recently adopted 37 animals in one day. These pets were then transferred to shelters in Marin County that have a shortage of adoptable shelter animals (obviously our long term goal!).  This was organized locally by Tammy Folino who works with Grace Stauffer from Novato. We are also very extremely grateful to Cori Mincher, Jeff Cross and Bill Murray from the Double Tree Hotel for making a substantial donation of towels and linens that can be used for bedding. Our shelter is always in need of any bedding donation and their single contribution almost doubled our stock!" 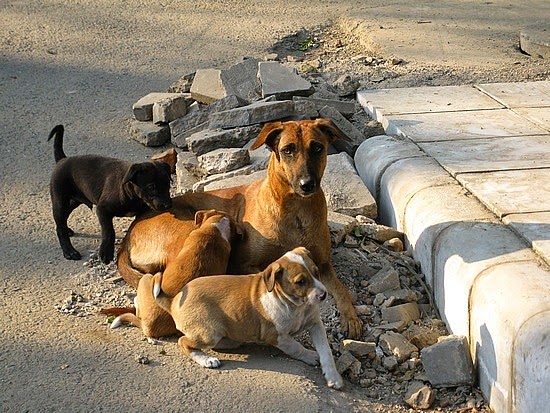 * … DINING: Last week I mentioned some of the new restaurants that have sprung up downtown over the last few years. A reader chastised me for not mentioning The Mark, a stunning eatery on 19th Street. Said the writer: "They have a great atmosphere food and a full bar music on weekends. The food is fresh and great quality." I could not agree more.

* … BURGER: And on the subject of food, I am shameless in my devotion to the Hudson burger at Muertos downtown (who doesn't like a fresh burger with egg and bacon on top?) A friend told me that Bill Lee's and Mexicali downtown also make a good burger. What is your favorite burger in town? * … HONOR FLIGHT: Hats off to KERN radio host Ralph Bailey, who raised more than $10,000 on his Monday show to help fund the Honor Flight program. Bailey accompanied some of the veterans back to Washington, D.C., and promptly returned the favor by asking his listeners to support the program. Among those who chipped in were Rep. Kevin McCarthy, state Sen. Jean Fuller and state Rep. Shannon Grove.

* … TOOEY'S: Margaret Lemucchi solved the puzzle about a long-gone restaurant in La Cresta: "Tooey's steak house was the restaurant where the Tam O'Shanter restaurant sits now. It had a stainless steel half-circle counter where the broiler is now located plus several tables. Jack and Hazel Ewing operated a Scottish/golf-themed bar next door called The Shillelagh. The Ewings acquired Tooey's and then operated the bar and restaurant for many years as Ewing's Tam O'Shanter. Timothy and I bought the business from the Ewings in 1971, called it Lemucchi's Tam O'Shanter, then bought the building, and then expanded the bar to the south where the second bar, stage, and dance floor are now.  Manny Mendez became the proprietor in 1988 and calls the establishment Manny's Tam O'Shanter. "

* … MEMORIES: Added reader Connie Allen Frasch: "You brought back memories for me. I  grew up in La Cresta just blocks from Tooey's steak house in the 1940s, a small cafe with a counter and stools. I always wanted to go there and have one of Mr. Tooey's famous hamburgers but my dad said it was too expensive!"
Posted by Richard Beene at 10:08 AM