* … OUTLETS: I stopped by the Outlets of Tejon the other day and left impressed with the design, location, convenience and of course the retailers. These are outlet stores after all, but the Tejon Ranch Company did a remarkable job with the layout, seating and water features. If you haven't been, check it out.

* … SCAM: Yet another scam alert, this one from reader Buddy Maltone. "I received a letter along with a check for $1,850 stating I was the winner of the USA/EU Departmental Sweepstakes Lottery held on Jan. 1, 2014. The letter and check were from Western States Mechanical from Springville, UT. The letter states I will receive the balance of the $50,000 owed to me after I contact the claims agent Peter Jones. The check was from a Wells Fargo account of which Wells Fargo has my banking relationship, so I contacted them. Not to my surprise, I was told the address on the check was an ATM location for Wells in UT. I then contacted the claims agent, Peter Jones, and he congratulated me on my 'winnings.' When I questioned the ATM location check he hung up on me. I fully recognized this as some type of scam and should have waited to expose this to the claims agent and see how much $$ they wanted me to send ,but I could not have waited to screw with them. I also contacted Western Mechanical to let them know what was going on because after research, they were a legit company and were aware of this scam."

* … BAD FORM: Linda Boyance was at the Kern County Animal Shelter on Fruitvale recently when she witnessed what can only be described as a bit of bad form. With her was a man holding a very skinny Shiatsu which he had found in the street on a hot day. It was Wednesday and the shelter does not open until 2 p.m. "He went to a side door and found a lady behind a desk. The door was locked. Through the locked door he explained his concern for the dog. He said the lady pointed at her watch, told him they didn't open till 2, and to come back. He had told her he would have to release the dog back to the street. Another lady went to the same door and asked the lady if she realized the man was going to let the dog go? … What part of rescue did she not understand? The three of us were beside ourselves. A man in cut off jeans and no shirt came by and took the dog with him...I say shame on the part of that employee."

* … FOODIE: My restaurant menu recommendation of the week: the seared scallops over risotto at the Wall Street Cafe on L Street downtown is excellent.

* … FREE LIBRARIES: Austin Albert is at it again. The 17-year-old Eagle Scout, who is headed to BYU-Idaho in the fall, wrote me that he had just installed four Little Free Libraries in the South High School District area for the community to enjoy. Said Austin: "The libraries are all stocked with an assortment of books and open for all to enjoy.  They are located at: 1516 Belle Terrace; 912 Meredith Street; 900 San Vicente Drive and 5301 Lime Street.  Just want to thank you and all the residents supporting literacy in the community who supported this project. Locations for Little Free Libraries can be found anywhere in the world by visiting littlefreelibrary.org. 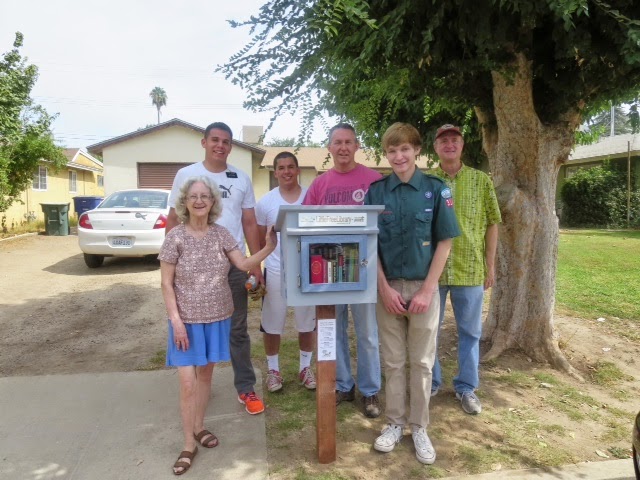 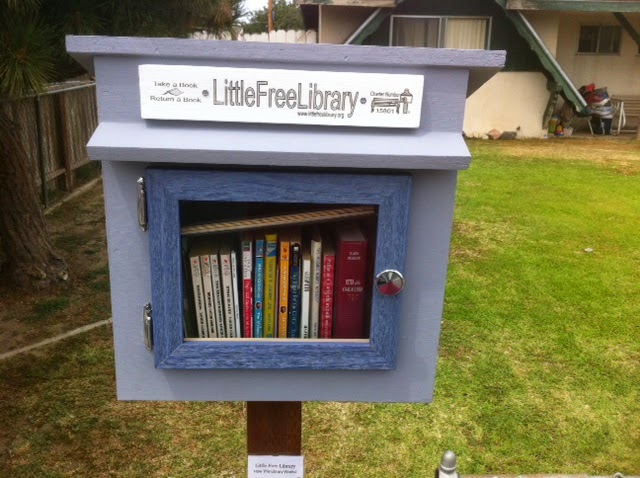 * … GOOD FORM: Terry Meier wrote to thank the stranger who left a note on her car warning her that her car's towing wires were dragging on the ground. "It made my day!" she said. "If I hadn't been warned or noticed it myself, at best I would have had to replace the connector, and at worst, it could have sparked a fire.  There truly are Good Samaritans in good ol’ Bako. "

Posted by Richard Beene at 5:31 AM