House Majority Leader McCarthy: "I support the air strikes" against the Islamic State and stand ready to confront this crisis

Rep. Kevin McCarthy, House Majority Leader, weighs in with his weekly view from Capitol Hill. In his words:

"With each passing day, an unchecked ISIS grows more powerful, increasing in territory it occupies and continuing to target and kill religious minorities and moderate Muslims. These actions have 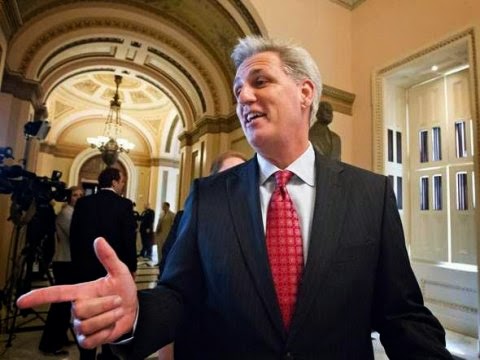 destabilized the entire Middle East region and have created the largest terrorist safe haven since September 11, 2001, posing a direct threat to the United States and our allies.

"The threat to U.S. personnel in Erbil and the potential death of thousands of Christian and Yazidi minorities trapped on a mountaintop by ISIS militants in Iraq is but the latest example of ISIS' reign of terror.

"I support the targeted air strikes authorized by the President.  Frankly the threat posed by ISIS requires a more fulsome response and a more comprehensive plan than has thus far been put forward by the Administration. We shouldn't wait until terrorists are at the doorstep of U.S. personnel or are threatening thousands of civilians with death on a mountaintop to confront this threat. I stand ready, as I know my colleagues on both sides of the aisle do, to work with the President and confront this crisis."
Posted by Richard Beene at 4:31 PM