Despite attempts to save energy, the average American household using the same about of power as it did 40 years ago, and scam artists posing as debt collectors for utilities call on a restaurant owner

* … ENERGY: I picked up this interesting tidbit in my weekend reading: Despite energy efficient appliances, better windows and an overall focus on reducing our energy consumption, the American

household is using about the same amount of energy it did 40 years ago. Why? It appears that all those savings via energy efficient homes and appliances are being offset by our fondness with power consuming electronics, larger homes and higher ceilings. Said the Wall Street Journal: "Twenty-eight percent of homes built in the 1980s have ceilings higher than eight feed. Now, more than half of new homes have high or vaulted ceilings." 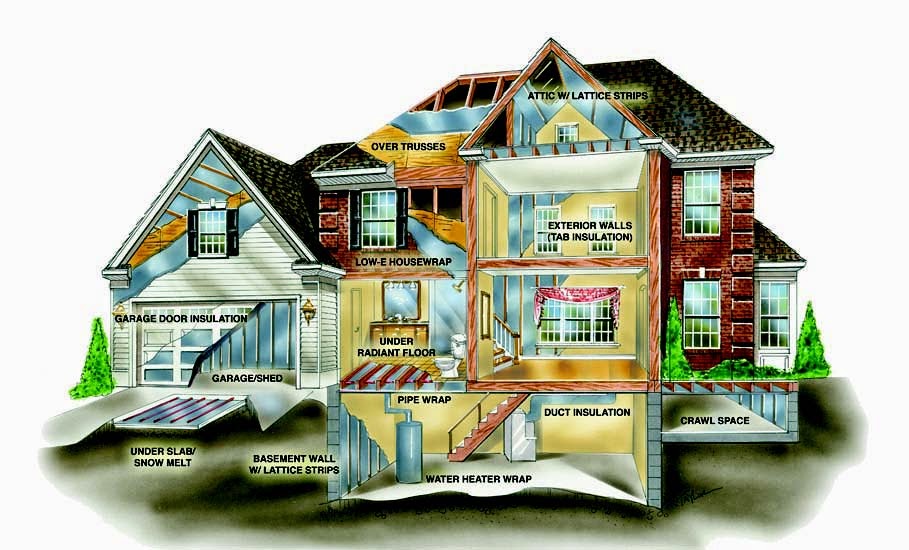 * … SCAM: The scam artists posting as debt collectors for various utilities are at it again, this time calling local Sonic Drive Ins to intimidate the local managers. Scott A. McMillan is a franchise owner and told me he was out mountain biking when he got a call from his 23rd Street location. "The text stated that a 'Stacey' from Edison had just called and that they were coming to turn off power unless we paid our account current immediately. The amount was $900. I knew intstantly that it was a scam as PGE is our power supplier in Bakersfield, not Edison. I texted her back and told her it was a scam and to not pay anybody even if they came by." Later, McMillan thought he'd have some fun with the scammers so he called Stacey back. "When Stacey answered, she asked how she could help. I thought that was nice that someone was trying to help me. I told her that my store (Sonic name NOT given) had just been called and that I owed some money immediately or my power was going to be shut off. She then proceeded to tell me the name of my restaurant, the phone number and the address…. impressive, I thought. I then asked her if she could look at my account without my account number, as I was not in my office. She confirmed that I had a $900 balance due. I told her that I was sure my account was current and was suprised the balance due was only $900 as my monthly bills this time of year for power are closer to $3,000 per month. She didn't budge from the $900. Well, at this point, I was getting bored with Stacey, so I told her, 'You know Stacey, it's funny. My energy supplier at this location is PGE." Instantly, the phone disconnected and I mean instantly! I was rather bummed with that as I wanted to tell Stacey a few more things."

* … KINDNESS: Sometimes it is the smallest of gestures that restore our faith in mankind. Angela Barbero shared this:  "The other evening my husband and I purchased lumber at Home Depot on Gosford. We wheeled it to the car and a total stranger came over and said I'll help you with that and he helped my husband load it into the car. We moved to Bakersfield in 2000 and I have always said this town has the nicest people. Thank you again to this kind gentleman."

* … GOOD FORM: Laurie Green wrote to give props to the FFA group over at Frontier High School, where she lives. "Last night the Frontier FFA were Christmas caroling in our neighborhood. They had a truck pulling a flatbed trailer decorated with lots of lights, music playing, and carolers singing. Other students were going door to door, asking for canned goods to donate to the homeless shelter. Even Santa and his helper were walking around greeting people. I was babysitting my little granddaughter and took her outside to enjoy the music and lights. A big thank you to the FFA students for bringing Christmas joy to our neighborhood, as well as doing it to help the homeless. I also want to thank the Frontier students who live in our neighborhood for being very respectful of our yards as they walk to and from school. I live on a corner and have never seen any of them cut across our yard or any other yard, and they never drop any kind of litter. I can't say that about other neighborhoods I have lived in, so their courtesy and respect are very much appreciated."

* … MEMORIES: This memory of a simpler time comes courtesy of reader Linda Brammer: "Another fond memory of the Bakersfield that is no more:  remember the Christmas decorations that most of the homes on Panorama would put up?  Then the procession of cars would start at about north Union Ave and Columbus Ave to drive slowly by all the homes and view the decorations.  Sadly, that had to be discontinued due to vandalism, but it’s still a fond memory of Christmas in Bakersfield."
Posted by Richard Beene at 12:33 PM